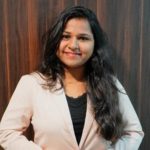 Reputation can take years to nurture and grow. But once it has taken a good shape, it becomes a highly delicate thing and can be tarnished or destroyed in a very short period.

Large companies have to face social media crises quite often. Some companies have dedicated brand motoring teams to handle such a situation promptly. However, some companies do it better than others. How the company handles the situation and interacts with stakeholders and common people can be crucial in determining the company’s re-emergence as a stronger market player. Failure to address the crisis timely and properly may end up tarnishing the brand name forever.

In this post, we have cited some incidents where companies saved their brands with proper brand monitoring and timely response. These examples can give you lessons on how to monitor your brand online, identify a crisis, and respond promptly.

JoJo Maman Bébé is a maternity wear and baby clothes retailer based in the UK. Their products are of premium quality and priced accordingly, which is why many groups have established themselves on social media to sell pre-owned clothes of the brand. These groups have become quite popular and some of them have more than 20,000 followers.

The popularity of these groups might have irked the founder Laura Tenison to the point that she posted a late-night message on one of these pages. The founder inquired as to why some customers would want to pay almost full prices plus postage for pre-owned clothes. The members of the group bombarded the message with responses calling Tenison rude and snotty and the entire thing took the shape of a PR catastrophe.

Tenison apologized promptly and genuinely to the members in a relatable manner. She mentioned that it was not her intention to be condescending and impolite, and what the members choose to pay is none of her business.

What you can take away from this example is that company leaders are not supposed to post personal messages on public groups on behalf of the company. They should have a PR and marketing team for that. But it is important to monitor your brand on the internet for groups or pages that use your brand directly or indirectly. And in case you mess up, you have to fix it immediately and contritely.

If you think that fashion brands know celebrities more than others, think again. Burberry posted a tweet of an actor wearing their suit stating it was Dev Patel, whereas, in reality, it was Riz Ahmed. The mix up was met with an accusation to the company if they thought that all brown people looked the same to them.

Burberry was quick to issue a public apology, stating that such a mistake will not be repeated in the future. Once again social media brand monitoring helped the marketing detect the negative public sentiment and their prompt reaction saved the day.

The British National airway is no stranger to media crises with a history of such events. The airline’s PR team once shared a post on the company’s website to advertise the airline. However, their mistake implied that people should choose their rival, Virgin Atlantic to reach London. Virgin responded with pleasure and thanked British Airways for sharing on their behalf. British Airways could have ignored the matter, but they responded with a humorous reply, thus ensuring that the readers laughed at the joke and not at them.

Here brand monitoring tools worked for both businesses. Virgin Atlantic managed to cash in on the mistake and British Airways managed to save face.

Communication is the key to any brand’s PR success, especially when the brand fails to launch a product on time. HSBC bank was supposedly the launch partner for Apple Pay in the UK. However, the launch day came and went without a shred of communication from HSBC. The disgruntled customers raised the issue on social media and even though HSBC apologized, the brand’s popularity and reputation took a major hit. HSBC learned a lesson and made sure they tweeted their customers 48 hours before the launch.

On 31st Jan 2017, Gitlab, which is one of the leading DevOps platforms lost a huge amount of data when its software developers deleted a large chunk of the client’s data. These clients were world-leading companies like NASA, Sony, Alibaba, IBM, CERN, and a few others. Attempts to back up and recover the data failed and the company was offline for 18 hours.

However, Gitlab managed the crisis perfectly and efficiently. They accepted their mistake via social media and were proactive in informing their clients as well as followers. They explained the situation and their plan of action completely. They also asked the professional community to help them in the matter by restoring live access and creating Google docs with live notes. The matter was resolved in a few days and they published the entire episode in detail.

Gitlab’s way of handling things is a perfect example of how to engage in brand monitoring to turn your goof ups into an increase in audience engagement. Their social media audience even conveyed their thanks to the brand rather than passing judgmental comments.

To err is human. Failures can occur at any point in time and there is always something to be learned from it. Make sure that you identify the mistake asap and brand monitoring can help you with that. Once the error is identified, ensure that you take immediate action to resolve the issue and limit the damage to your brand’s image and reputation.

Richa Pathak is Founder & Editor at SEM Updates – The Digital Marketing Magazine. She is an emerging digital marketing influencer, a creative consultant & a corporate trainer. With a decade of experience in working with B2C & B2B brands across the globe, she is also a featured author in top-10 marketing magazines globally. She offers various consulting, training, & mentorship programs to share her knowledge.

SEO News You Can Use: Google Launches Retail Search for eCommerce Sites

On March 31, Google announced the launch of Retail Search, a new disc...

SEO News You Can Use: Semrush To Acquire Competitor Analysis Software Kompyte

Back to Basics: Understanding Advertising on Walmart Marketplace

What does online shopping mean? In a world that favors native advertis...