Why Attempting PageRank Sculpting is a Terrible Idea | SEOblog.com

Why Attempting PageRank Sculpting is a Terrible Idea

PageRank sculpting is the concept of tweaking the links in your site internally to best control the flow of PageRank from one page to another. You could identify pages on your site with high PageRank and use them to direct links to low PageRank portions of your site, therefore generally bringing up the overall PageRank of your site across the board. While the technique is obviously manipulative, did it ever work? Does it work now? Should you give it a shot?

Think of PageRank as a measure of the authority and quality of a given page. Further, think of each link a page includes to be a vote of confidence in the destination site. The vote is powered by the PageRank of the linking page. A page with high PageRank will pass a large amount of authority to the destination page, while a page with low PageRank will pass little authority. PageRank, of course, is a factor that influences your ranking overall in search; a higher PageRank is a higher search result, all other things being equal.

With the original concept of PageRank, one page would pass all of its rank to the page it linked to. Page A links to page B, and passes all of its PageRank on, assuming it was the only link. Page B could then link to page C, passing all of the accumulated PageRank from A and B to C. C could then link to A, passing A, B and C’s rank to A, creating a feedback loop. Obviously, this helps no one and makes PageRank worthless, so something was done to limit growth. That something is PageRank decay. 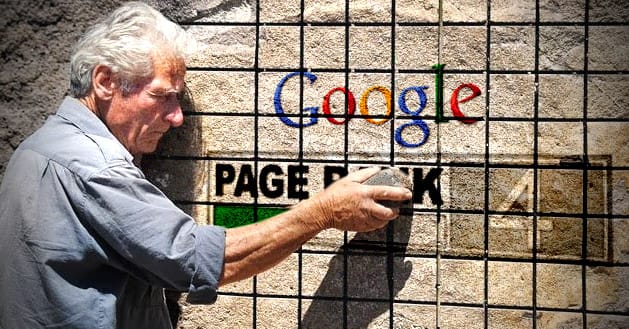 When Google introduced the nofollow attribute for links, it introduced the idea of holding back PageRank from some links and not others. The idea was that if you wanted to link to a site, but didn’t want to pass your vote of confidence to that site, you would nofollow the link. Well, of course, webmasters took that and ran with it, trying to come up with creative ways to use the attribute. One way was the idea of taking that 10 PR page A with five links and making four of those links nofollowed. This way the page could still have five links, but only one would pass PageRank. With the initial calculations, this one would receive the full 9 PageRank – the nofollowed links were removed from consideration entirely.

Since then – and for several years now – Google has changed the way PageRank considers nofollowed links. Now, nofollowed links still count towards the distribution of PageRank, except the PageRank they would pass is reduced to zero. So your page A with 10 PR and five links, with four of them nofollowed, would pass 2 PR to the one followed link and 0 to the other four links.

This may seem like a drastic change, and it would be, if PageRank mattered. Unfortunately for the webmasters making use of it, PageRank has been diminished greatly within the overall algorithm. That difference between 9 and 2 PR is minimal – so much so that when Google made the change, no one really noticed.

Why PageRank Sculpting is a Bad Idea

So, PageRank sculpting basically no longer works, but it could potentially still be used if you were picky with your links. In the world of SEO, any benefit, no matter how minor, is something someone somewhere will make use of to get ahead. So why is PageRank sculpting a bad idea? 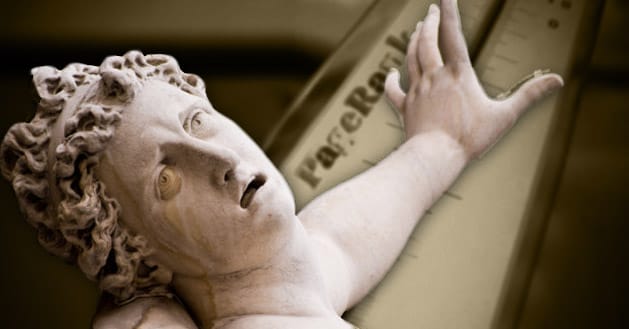 1. It no longer works. Or rather, it does, but not very well. It’s one of those little techniques that you can spend an endless amount of time perfecting for every page on your site, only to see one or two pages rise a place or two in search, with little other benefit. It won’t affect your highest ranking pages; they’re already ranking high and won’t benefit from a little bit of internal PageRank. On the other hand, it might raise the rank of your lowest ranking pages, but think about it; why are those pages ranked poorly in the first place? There’s some other issue at hand that can be addressed first.

2. It requires you to avoid linking out. Any link at all, whether nofollowed or not, cuts down on the PageRank passed from one page to another. If you want to sculpt your PageRank, you’re going to have to minimize the number of links on your pages. This might mean you link to fewer sources and fewer internal pages. It might also mean that you cut back on your navigation links, because they count too. In the worst case, it might drive you to use scripts to cloak links, which can be interpreted as a black at technique and earn you a penalty.

3. It dilutes the purpose of nofollow, which should be used for particular purposes. The ideal use of nofollow is to tell Google not to bother counting a link to, say, a privacy policy page or a signup page. These are pages that don’t need to appear in search results, but they still need to exist on your site. You should also nofollow links to sites you don’t want to “vote” for with your PageRank – spam sites in particular.

4. It’s a technique for the search engines, not the people. That’s a big warning sign in Google’s eyes. Everything they’ve done in the last few years, from the big updates like Panda to the silent changes to how PageRank functions are designed to promote actions that improve the user experience, and demote the value of actions that are made more for the search engines than for the user. PageRank sculpting is not, currently, considered a black hat technique. You won’t be penalized for using it. However, that’s not to say that widespread abuse of the concept is safe. As with any technique, if it’s abused too much, Google might change their minds and penalize it.

5. There are better things to spend your time on. PageRank sculpting is firmly on the side of diminishing returns. It’s simply too minor of a benefit for too much effort. After all, you need to analyze every single page on your site, sometimes drastically reorganizing them, just to increase the PageRank of a few of your lowest ranked sites by a few points. It’s not going to shoot you up the search results. In fact, it might not even be noticeable anywhere except in your budget.

6. There are benefits to linking out. Don’t forget about the power of links. Just like linking to a spam site can penalize your page, linking to a valuable site provides value to your users and can be beneficial for your site. In fact, a few good outgoing links can be more beneficial than an entire site-wide sculpting effort.

In short: it’s just not worth the time, effort or budget to sculpt your entire site.