Why the Best PageRank Alternative Is Moz Domain Authority | SEOblog.com

Why the Best PageRank Alternative Is Moz Domain Authority 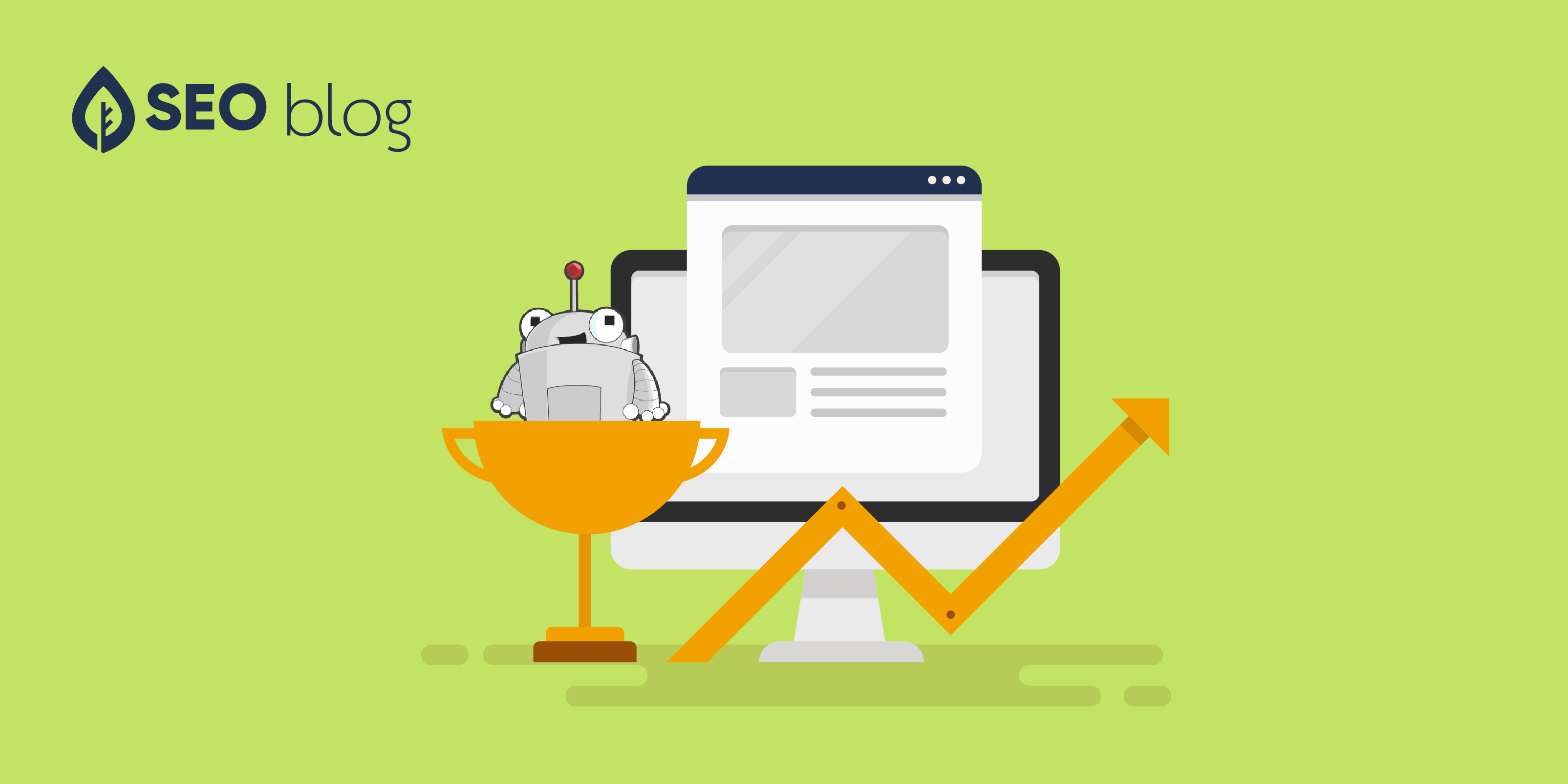 Every website owner at some point wants to have a clear set of metrics regarding how popular their website is. The original measure, and still the gold standard of the SEO world, is Google’s PageRank algorithm. PageRank is essentially a calculation of the probability that a random user will eventually end up at a particular website via all of the available inbound links on the web.

PageRank was originally the core of Google’s search algorithm, but it has slowly been pushed to the back burner as other factors has been assigned more weights and Google has worked hard to prevent link buying campaigns from simply larding websites up with rank. This has also led to Google placing less emphasis on updating the available PageRank information. Once consistently updated on a quarterly basis, PageRank numbers available to SEOs are now updated much more sporadically, with gaps as large as a year appearing in the record. Google has publicly stated that it is no longer committed to updating the information that’s available.

This lack of fresh information has forced SEOs and website owners to begin looking elsewhere for sources of information regarding link building campaigns. A pile of SEO metrics have been built by a variety of companies, but increasingly SEO workers are focused on a single metric. Domain Authority, a score created by the folks at moz, formerly SEOmoz, has emerged as the most broadly accepted data point in what looks increasingly like a post-PageRank world.

Why did Domain Authority win out over other metrics?

There are alternatives to PageRank, and they’ve existed for quite a while. Some, such as Alexa’s ranking system, Alexarank, have been around much longer. What makes moz’s system so much better than anything else available to SEOs?

More than anything, moz’s Domain Authority system already closely paralleled Google’s PageRank scores before the search engine giant decided to tank its own tools. Domain Authority scores are already based on factors that appeared in PageRank scores, such as total number of inbound links and the age of the website in question. Domain Authority also integrates a certain level of trust scoring, similar to what Google was already doing with PageRank. This parallelism made Domain Authority a natural successor metric once PageRank ceased to be a consistent source of current information about a website.

No matter how much Google may pressure website owners to focus on content, it’s simply human nature to want to look at raw data. Domain Authority fills this demand better than any other available metric, and consequently it has rapidly become the metric of choice for advertisers looking to purchase links or place ad blocks on websites. With the advertisers committed to Domain Authority as the preferred metric, publishers were bound to follow. 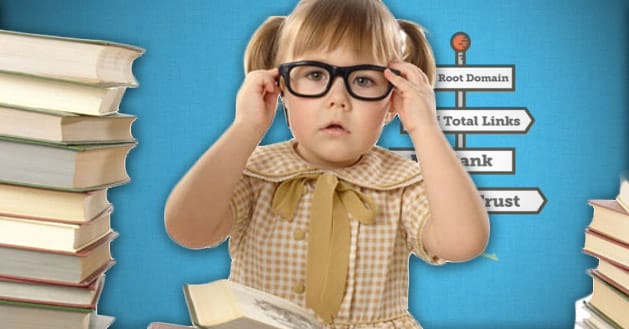 Domain Authority offers fresh data from a source that the large SEO community has deemed trustworthy. While everyone would of course prefer to have quality data supplied regularly from Google, it’s clear that the world’s biggest search engine results provider is committed to make the process for popularizing website more opaque rather than accessible. Eventually every website owner has to back their efforts with a concise data point in order to justify advertising rates and prove that the website is actually working.

The folks at moz also offer one of the more readily accessible APIs for gathering this data. For a relatively small fee, anyone can purchase the freshest version of this data. Since moz doesn’t have a stake in controlling search engine results and advertising rates, unlike Google, it’s far more comfortable providing SEOs with a constant stream of freshly updated rankings for all of the websites around the world.

The number of websites indexed by moz approximates a good portion of the visible internet. While moz’s index still pales in comparison to Google’s, the data available in the Domain Authority scores does represent a fairly strong version of who’s who on the web. Maintaining such a large database of indexed websites is a difficult feet in its own right, and keeping it fresh enough to satisfy the needs of SEO workers is even more impressive. The simple fact that moz has been able to do this for years justifies the company’s pre-eminence in the field.

Simply put, if a website doesn’t have any Domain Authority, it probably isn’t much of a website anyhow. The sheer size of the available data in the moz database functions as a sort of proof all by itself. The failure of a website to be picked up and indexed by moz’s bots is more than enough to easily dissuade an advertiser from wanting to put money into it.

At the end of the day, no metric is better than the community that trusts it. Domain Authority scores have emerged as the metric of choice in the SEO world in 2014 largely because no one particularly trusts Google’s own role in the search engine and advertising markets. SEOs are acutely aware that the money hose that funds Google is powered by coupling search with the Adwords program, and the search giant tightly guards the data it uses to drive visitors.

On balance, moz is seen as a far more impartial party than Google. Long before PageRank was taken out behind the barn and put down by Google, many SEOs were already screaming for the larger community to migrate over to using other metrics instead of depending upon a company that in many cases actively works to subvert search engine optimization efforts. It’s hard to see a fair balance of trust between Google and the world’s website content creators, and to some extent the death of PageRank and the emergence of Domain Authority as the website value metric of choice may represent a positive development for SEOs. No longer will justifications for advertising prices be tied to data produced by a company that’s too often at odds with the SEO community.

So goes the herd 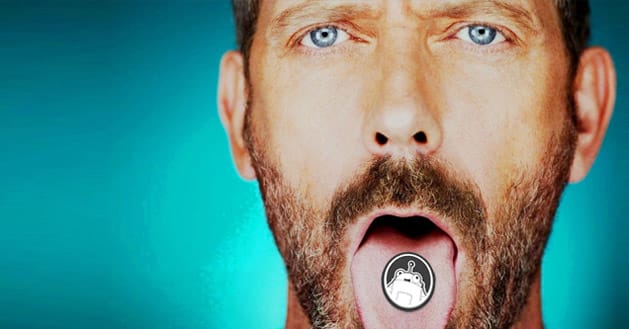 Domain Authority is rapidly becoming the de facto standard. Increasingly the herd prefers DA over other potential competitors. Just as SEOs may have once not been fond of PageRank but had to live with it, now the broader community seems to agree on Domain Authority whether or not everyone loves it. While a herd mentality may not seem like the strongest justification for a metric being employed, eventually a website owner and an advertising partner have to be able agree upon some common data points in order to negotiate the terms of their advertising deals.

The death of PageRank is widely taken as a given in 2014. While Google may still update it here and there, PR pales in comparison to Domain Authority in terms of freshness. In short, Domain Authority is now popular simply because it is popular. The math of building a similar index is daunting, especially now that one source has locked up the market in the aftermath of the demise of PageRank. Barring the arrival of new metrics, DA is here to stay for quite a while.