What Hosting Companies Learned from the Top 5 Biggest Data Breach 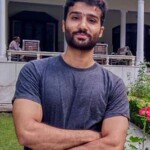 Due to the ever-increasing trends of data thefts, starting and running a company today is riskier than at any point in the past. And because there are high costs associated with data breaches, several businesses are increasing their spending limits on cybersecurity.

Many high-profile data breaches occurred in the recent decade, providing valuable lessons for modern enterprises. This article reviews the most significant data intrusions of the last decade to conclude improving cybersecurity.

Every data breach provides an opportunity for IT workers to grow and improve. Considering that, for the first time, internet data breaches have outnumbered on-premises breaches, as reported by the Verizon Data Breach Investigations Report, this is particularly true (DBIR).

The Data Breach Definition and Its Connection With Email

When data is captured from a database without the person’s permission, this is called a data breach. A data breach can affect any size of business or organization.

Credit card details, client information, corporate secrets and even national security details are all examples of sensitive, proprietary and private data that can be at risk if stolen.

As a result of a data breach, the victimized organization can suffer reputational harm because of the negative connotation associated with the term “betrayal of trust.”

As for its connection with email, From the perspective of the firm that suffered the data loss, it will likely have to notify its customers.

This is particularly true for European businesses due to the General Data Protection Regulation’s requirement that they announce any data breaches involving their customers.

Users usually change their credentials after being notified of a breach but don’t update their email addresses. From a fraud management point of view, this is where things become interesting. You can read more about email data breaches for fraud detection.

How Does a Data Breach Impact Hosting Companies?

Most new companies with limited resources choose to host services while launching their websites online. Your webpage’s contents will be stored on a server together with the data of hundreds, if not thousands, of other domains if you choose shared hosting.

Although this helps keep prices low, it raises several security issues. You can also turn to GoogieHost’s help with your web hosting needs.

If your website is on a shared server, hackers can exploit security holes in other websites housed on the same server. Because you have no say over what other people put on the server, any vulnerability in one site might be used by hackers to get into yours. The personal details of almost 1.2 million GoDaddy WordPress users have been compromised due to a data breach.

If other users on your shared hosting plan don’t upgrade their software and fix security gaps, then an exploit is still possible even if you do.

If the shared host’s document and directories rights are lax, a hacker who breaches one site on the server can easily access the others.

Below, we present you with five massive data breaches showing how private information from big companies has been compromised in recent years.

Raychat, a messaging service, avoided being compromised during a massive cyberattack in February 2021. Hackers could get unrestricted access to 267 million screen names, email addresses, passwords, metadata and unencrypted conversations thanks to a vulnerability in the design of a cloud database.

Shortly after, the whole business’s data was wiped out by a botnet assault. The data was exposed due to a misconfiguration in MongoDB. The incident demonstrated how vulnerable NoSQL databases are to attacks from botnets.

When it comes to records, businesses must take precautions. Criminals who want to steal or delete data from NoSQL databases will often demand ransom in exchange for leaving the databases alone. A README ransom message appears for Raychat, asking for around $700.

Databases, the data they contain, the database management system, and the programs that connect to them must be secured using various tools, restrictions and methods. Penetration testing and other forms of cyber security technology can be useful.

Because of a flaw in how the server handled local file inclusion (LFI), an attacker could inject files from another part of the network into the final product of the affected application.

They could be employed for malicious purposes, such as executing code. The OWASP best ten list includes LFI as one of the most significant online application weaknesses.

You can prevent file inclusion issues by not sending user-supplied data to any file-system or framework API. Your data storage location should be a top priority for your security strategy.

Yahoo finally admitted that the hack had occurred in 2016, two years after the fact. It was reported that the cyberattack exposed the true identities, email accounts, dates of birth and contact information of 500 million people.

In 2017, the once-dominant internet company now believed all three billion user identities were compromised due to the hacks. Verizon paid $4.48 billion to acquire Yahoo, a company previously valued at $100 billion.

It would have been better if they had been forthright with their clients, admitting fault and explaining their plans to rectify the matter.

When the Indian government ID network Aadhaar was hacked, the personal information of 1.1 billion people was made public. Although registering with the database is voluntary, residents must have access to some government services.

Journalists for The Tribune allegedly paid 500 Indian rupees (about $8 in 2018) to get a passcode on WhatsApp, allowing them to access the database and see personal information such as names, birthdates, email addresses, phone numbers, and postal codes.

For an extra Rs 300 (about $5 in 2018), the vendor provided reporters with software that allowed them to manufacture personalized ID cards.

The vendor was reportedly a gang member that obtained access to the information through departing Aadhaar staffers. An unprotected application programming interface (API) used to validate clients’ identities was reportedly the source of the breach, as reported by ZDNet.

Best practices for verifying the security of APIs are a good place to start. Protect yourself from harm by using API security tools. Follow guidelines for managing user identities and access permissions, and implement measures to identify and thwart potential insider threats.

Accenture was hit by a LockBit ransomware assault in August of 2021. To recover the allegedly stolen 6 terabytes of data, the criminals are demanding a ransom of $50 million.

It appears that passwords for Accenture customer accounts were stored on the most vulnerable exposed server. About 40,000 passwords were stored in plain text in one backup database.

Even the most technologically sophisticated and secure organizations can have a data breach like this one, which can have dire implications, as security expert Chris Vickery pointed out in an article he published.

Those in charge of IT and cyber security should double-check the settings of your AWS cloud servers to make sure they’re set up properly. Misconfigured servers are a soft target for hackers who can inflict significant reputational, client and financial harm.

How To Prevent Data Breaches

Around $3.5 billion was exchanged in the cybersecurity industry in 2004. The value of the market is projected to be $124 billion this year.

This exponential expansion can be attributed to the growing realization among small and medium-sized business decision-makers of the critical process of integrating a comprehensive cybersecurity strategy.

Some small and medium-sized businesses ignore the importance of investing in IT solutions, but the vast majority know this to be true.

Typically, it takes businesses over nine months, or 279 days, to discover and stop a security breach in their framework.

People make mistakes. It’s unavoidable and cannot be prevented. However, limiting the possibility of human mistakes is a vital need and the foundation of every complete cybersecurity strategy.

For these and other reasons, Impact Networking includes security consciousness training as part of our comprehensive cybersecurity preventive measure. This helps make staff members more alert and knowledgeable about proper data handling practices.

Forty-seven percent of data breaches are triggered by employee carelessness, like unintentional loss of a gadget or misdirecting a file electronically. With cyberattacks hurting firms with an estimated $5 million, this is an aspect all small-to-medium businesses (SMBs) must seek to improve.

So Much To Learn for Hosting Companies From Data Breaches

One thing we can learn from these events is the need to strengthen our data security measures. Both large and small businesses are collecting sensitive data but not protecting it.

Tayyab is a diction enthusiast and an SEO buff with a CS background. He's been serving the SAAS & PAAS wthorld for the last five years. Let’s connect on LinkedIn.

Emails may seem like an old-forgotten marketing tool. Still, surprisin...

Getting Started With TikTok as a Marketer: The Complete Guide for 2022

TikTok is one of the most popular social media platforms today and has...

How To Use Search Intent: A Beginner’s Guide to More Effective SEO

Understanding search intent is an important process in getting your we...