What Happens if You Delete Your Submitted Disavow File?

What Happens if You Delete Your Submitted Disavow File?

Google’s Disavow Links tool is a powerful way to take matters into your own hands when you’re the target of negative SEO, when you have a history of gray and black hat link building, when you want to clean up and change your ways, or when you simply have a long history of building a site and the spam has built up over time.

As such, it’s a powerful tool, but it’s one that is often misused. Many people seem to think of the tool as the first stop when removing negative backlinks, but really it’s the last resort. Ideally, you should be doing everything in your power to get links removed at the source before you tell Google you absolutely don’t want them to count against you.

Far too many people get overzealous in their use of the disavow tool, and that means many people need to learn how the tool works and how they can recover from misusing it.

Before you can use the disavow tool properly, you need to perform a link audit. I won’t cover the whole process here in detail, because it’s been covered much more thoroughly on other sites, complete with images and tutorials. Instead, I’ll just cover the basics.

The first thing you do is pull your backlink profile. Ideally, to get the most complete picture, you should use a handful of different large-index services to do this. Majestic, Ahrefs, Moz, and Webmaster Tools all give you a backlink file you can use. 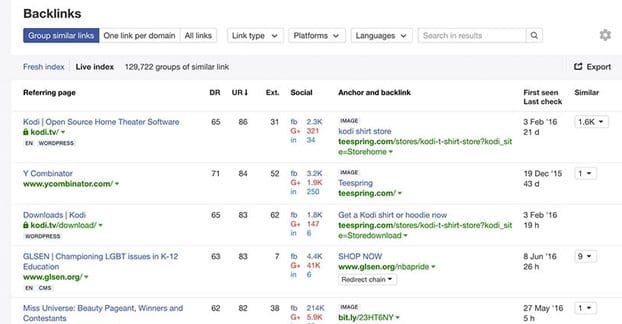 Once you have the backlink file, you need to crawl the links. Find the attributes of all of the links and remove any from the list that are nofollowed. Sure, some of them might be bad links, but they don’t matter so who cares.

Start going through your list of links and removing domains you know are good. There’s no reason to want to disavow a link from Entrepreneur, Forbes, Moz, or any other big name site. You can also keep around links from peers and other decent sites you know of. Most of the time, if you’ve heard of the site, it’s worth keeping the link.

With your remaining list of links, you get to do some more detailed filtering. Start pulling data, like the domain authority, for each link. I like to use this checklist as a way to determine if a link should be removed or not. 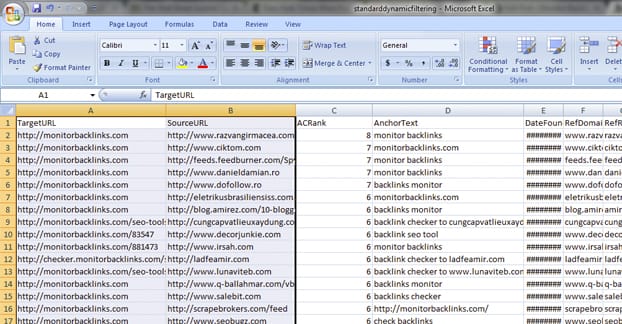 Once you have a “finalized” list of links you feel are bad for your site, you get to go to work. The first step is not to disavow the links; instead, it’s to find a way to contact the owner of the site where the link is posted, and ask them to remove the link.

Some webmasters – especially spam site owners and those who are running link farms they sell for negative SEO purposes – won’t respond. A few might try to extort money out of you. In both cases, just shrug and move on. You can disavow those links, and that’s fine.

The rest of the site owners should, ideally, simply acquiesce and either nofollow or remove the links in question. When the links disappear – and you should check back occasionally to see if the webmaster removed them but didn’t respond to you – you can remove them from your list.

Once you have a finalized list, then you can finally make use of the disavow links tool.

How the Disavow Tool Works

The disavow links tool is basically a robot hooked up to the Google algorithm’s greater presence. It’s job is to process any list of links given to it, and to tell the greater algorithm that those links should not count. 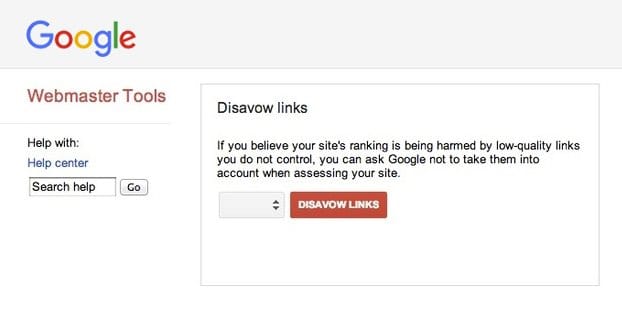 There is very little additional processing going on; Google doesn’t care if the link is flagged as good, neutral, or bad in the index. All it cares about is that you told it to stop caring about those links.

Here are a few points of interest regarding the tool.

There is no cumulative or lasting impact for a link when you reinstate it. It doesn’t have any less value for being temporarily disavowed. However, if you reinstate bad links, you might reinstate a penalty stemming from those bad links, and Google may not give you quite as much bounce-back if you disavow them again. This is to stop people from disavowing and reinstating links over and over to find the perfect balance of micromanaged SEO.

So I mentioned that links on a file that are removed are reinstated. So what happens when you delete an entire disavow file? Every link that was on that file and was consequently disavowed is then reinstated. The little robot taps Google’s Algorithm on the shoulder and says “hey, all those links, you can pay attention to them again.”

Why, though, would you ever want to delete an entire disavow file? Here’s the thing; any time you upload a new disavow file, it simply replaces the old one. If you want to remove a single domain or a handful of links from the file, remove them and re-upload the file. Everything you wanted to keep disavowed will remain disavowed, and anything you removed will come back. 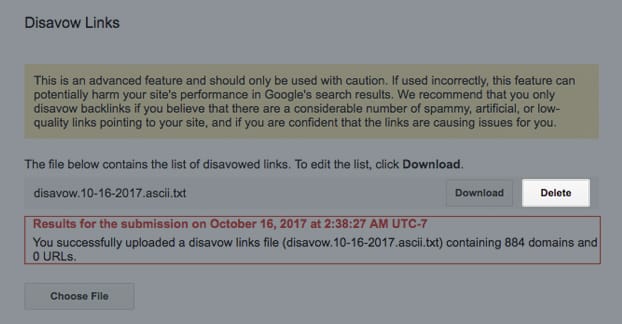 Google actually issued a statement via Twitter – from Matt Cutts – saying not to delete your file when you want to upload a new one. Too many people were deleting their file, then uploading a new one, which does nothing to benefit anyone. All it did was generate more work for Google, minor though it was, and more emails for your inbox.

The only good reason to delete an entire disavow file is if you accidentally included a list of good links instead of a list of bad links. When Google disavows that, your site will take a nose dive and a penalty, and you will likely be scrambling to figure out why. You might not even draw the right conclusion right away, given that the turnaround time for processing a disavow file is anywhere from a few days to a few weeks. Google takes the information into consideration the next time they crawl the sites in question, not immediately.

There’s one other good reason to delete a disavow file, and that’s if you thought you were disavowing bad links but your search rankings tanked anyways. That’s an indication that something in your disavow file was actually providing value, and removing those links hurt you. The trouble is, if you don’t know which links were causing the problem, you can’t simply remove them from the disavow file. You’d have to delete the entire disavow file and do some more research into which links you want to keep around.

When Not to Delete a Disavow File

If you have a link-related search penalty or manual action, disavowing links as the final step on a link audit journey is a good idea. It’s the last resort for links you can’t get removed manually, but it’s still an option. If you disavow a bunch of links and find your penalty is lifted, you should not then go and remove the disavow file.

Why not? Well, what got you the link penalty in the first place? It was likely those links. Maybe it was links you got removed manually, or maybe it was a combination of both. Either way, you don’t want to delete the file once the penalty is removed. That’s like hiding all your drugs while your probation officer is doing an inspection, then busting them out again when they leave. Your house may look clean, but you’re not fixing the behavior that got you in trouble in the first place. It’s not like you’re tricking Google either; after all, you’re using their service to do it. They know.

You will likely be monitoring your search ranking after you perform a link audit. Since a link audit involves more than just a disavow file, you’ve taken a lot of actions, so your search ranking is likely to fluctuate. When you remove a bunch of links, either manually or with the disavow file, you can bet that your ranking will be jumping up and down rather sporadically.

It can be tempting, in the first week or so after the disavow, to want to restore the links when you see your ranking dip. This is natural, and also incredibly wrong. It can take a bit of time for Google to process your site in a new light, and will take weeks for your ranking to fully stabilize. If you restore all of those links, you undo all of the work and you second-guess yourself. It’s not worth it. Let Google do their thing, and if your rankings have settled lower than they were after about three weeks or so, then you can start wondering what good links you removed.