What Is the Difference Between Domain Authority and PageRank? | SEOblog.com

What Is the Difference Between Domain Authority and PageRank?

Two measurements of a site are often thrown around as important metrics for your site to work on improving. One of these is the Google-created and measured PageRank. The other is the third-party Moz creation, Domain Authority. What goes into measuring these and which is important for your site?

PageRank is an algorithm created by Google founder Larry Page, and named after him. It’s a simple measurement of links and link equity. Google looks at a given site and measures the number of links pointing to that site. It measures the authority of those sites as well, to prevent abuse from link farms. A site with higher quality incoming links in a higher number will have a better PageRank.

For a long time, PageRank was an important metric relating to the quality of a site. It was used both by webmasters and regular users to identify if a site may be trustworthy. It was also used as a flag to set value on a site for domain resellers, though its utility in this instance has gone down.

PageRank has decreased in value over the last several years. Google has slowly stopped updating PR data, so that your site can neither rise or fall in PageRank over time. These days, updates come as infrequently as twice each year, and promise to come less frequently in the future.

PageRank is still valuable as part of Google’s internal algorithm but it is not a valuable public metric any longer.

What is Domain Authority? 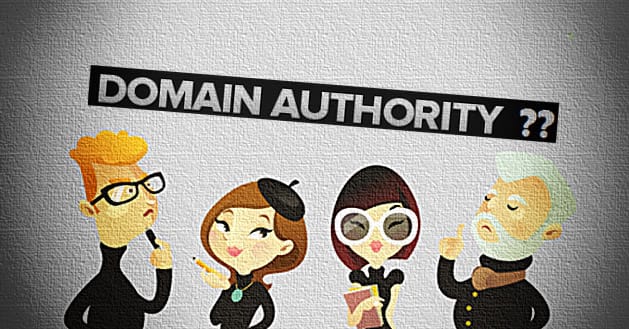 Domain Authority is a metric created by Moz.com as a more accurate indication of the value of the site. Like PageRank, it is a logarithmic calculation of the authority of the site. Rising from a low 30 to 35 will be easier on this scale than rising from a high 80 to 85. A DA of 100 is the top ideal, while an unranked site would have a DA of zero.

Domain Authority can be found through a number of different SEO tools, most notably the MozBar or the site Open Site Explorer.

DA is calculated using a wider range of metrics than Pagerank. Some of those metrics include:

There are a number of other DA metrics as well, making the Moz measurement nearly as complex as Google’s algorithm itself. 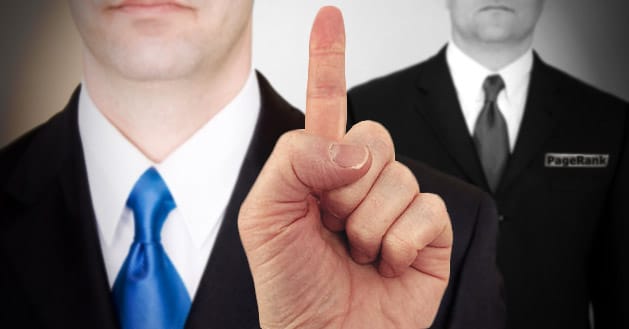 There are a few key differences between these two ranking systems.

Domain Authority is affected by many of the same things that affect your SERPs position and your user engagement, which makes sense. DA is a measurement of your SEO, popularity and engagement. Better metrics all around will increase your Domain Authority.

Keep in mind, also, that Moz offers the same calculation on a page level as well. Where DA and PR only work on the site itself, going by the domain, Page Authority works on the individual page. This can be a good way to analyze the breadth of your site. Which pages have low authority and are keeping your ranking down? Which pages have high authority and what are they doing right? When you analyze your site in this light, you can see even more value in the metric.

The bottom line is that Domain Authority is a more active, up to date metric that ranks a site in a more granular way. A higher DA is better than a higher PR, particularly now that Google is pulling back on its investment in PR.

2 Responses to What Is the Difference Between Domain Authority and PageRank?

How to Develop SEO for a Small Business