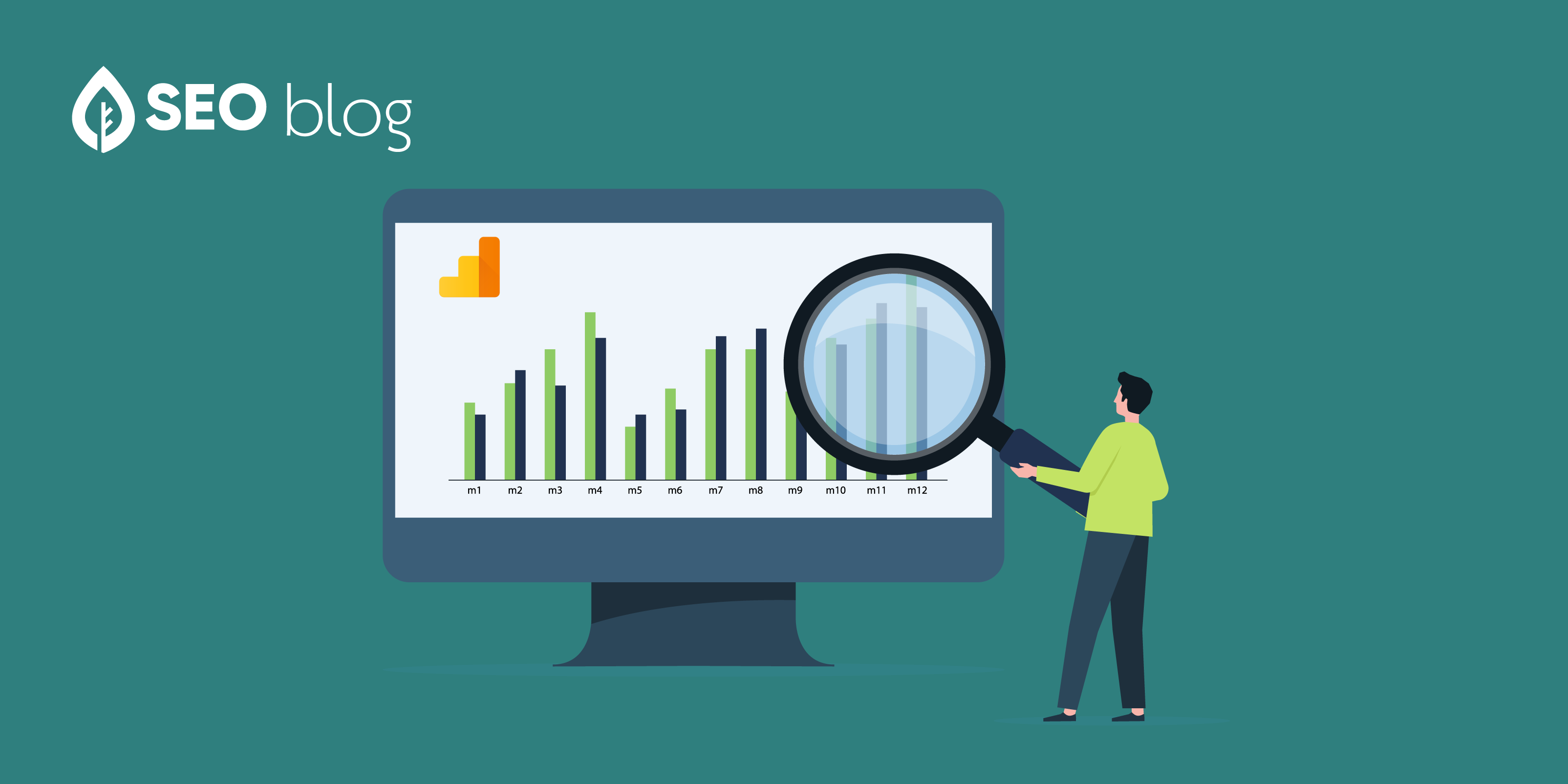 Sometimes, it’s easy to diagnose a traffic drop to your website. A sweeping Google algorithm change can drop traffic to everything on your site, and then it’s easy. What’s the source? Everything!

Sometimes, though, there is no sweeping change. You lose traffic and, as best as you can tell, it’s one thing on your site that lost it. This is most relevant most often for sites that rely on a few viral pieces of content at a time, rather than larger sites with dozens or hundreds of active pages at once.

Thankfully, even though Google Analytics is often the bearer of bad news, it’s also a powerful tool for discovering what pages are losing traffic. You can find potential errors or issues that are driving people away, with plenty of time to fix them and restore your site.

Step 1: Identify the Kind of Drop

When you have a drop off in your pageviews or visitor statistics, you need to look at the surrounding context to figure out what kind of issue you’re dealing with. 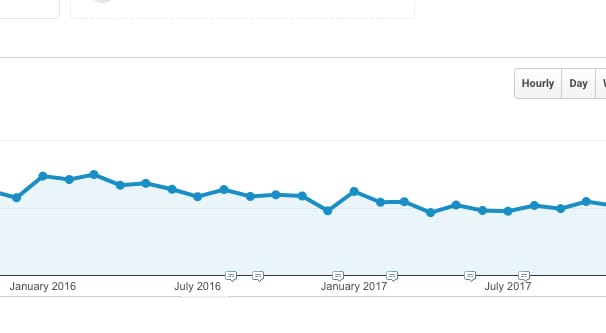 Ask yourself a few questions.

This will help you narrow down certain kinds of issues. For example, if traffic dropped for a day or two but is on the rebound, it could have been an issue with your web host, a DDoS protection filter like Cloudflare, or even some update to a commonly used browser add-on causing script errors. 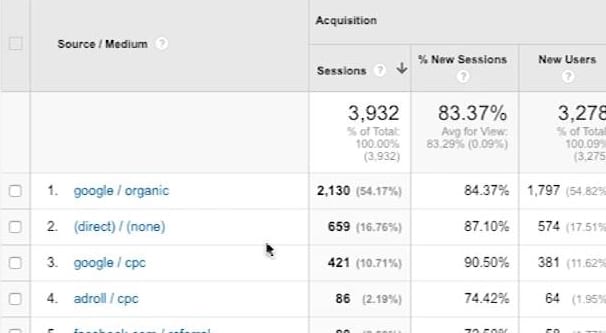 Direct traffic is traffic that reaches your site with no referral data. Maybe the user clicked a bookmark, typed in your URL manually, or simply filters out referral data through an add-on of some kind.

Paid traffic is traffic coming from paid adverts, either through Google AdWords or through any of the hundreds of third party advertising networks.

Referral traffic is traffic coming from other websites that is not from ads. All of your link building and outreach techniques are aimed at building this kind of traffic, along with the benefit of backlinks themselves. 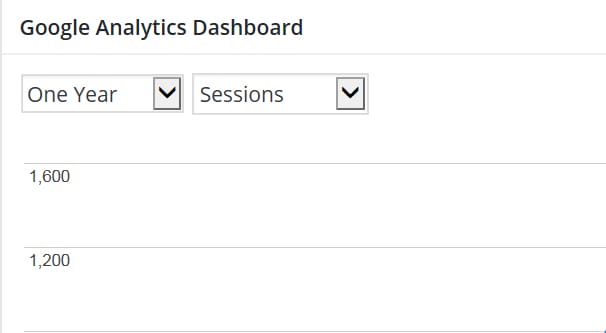 In Google analytics, view your traffic by source over the past week or month – the time period where the drop happened, regardless. Look to see if a specific kind of traffic dropped.

This can help you narrow down the cause of a traffic drop, and you can often figure out just what went wrong and fix it here, without looking any deeper. Of course, sometimes you can’t fix the issue, but hey; that’s the nature of the ever-changing web.

In Google Analytics, under Audience and under Behavior, you can find “new vs. returning.” This will show you your traffic divided between people who have never been seen visiting your site – or who have tracking options disabled on their browsers and use proxies or VPNs to rotate their identity – and people who are coming back after having visited before. 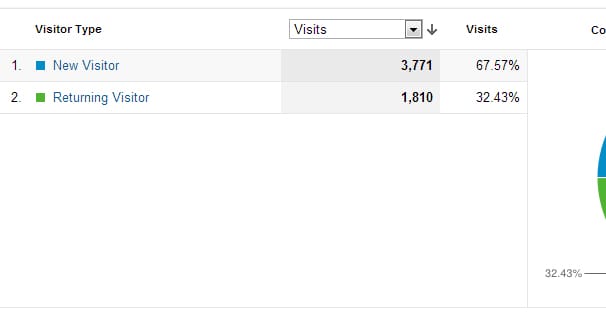 When you look at this division graphed over time, you can figure out if one or the other kind of traffic has dropped. If your returning users have dropped, it’s possible that some new issue on your site has made users not want to return. This is especially prominent when you push a redesign or a new script on your site and it breaks; new users might not notice, but returning users hate the drop in usability and drop off.

Next up, you should probably zoom out. If you’re used to looking at your traffic on a daily basis, a weekly basis, or even a monthly basis, you should occasionally zoom out and look at the big picture. It could look like you have a significant traffic drop day over day, but when you look at it on a month-long or quarterly scale, it’s barely a blip on the radar. I’ve seen people freak out over traffic drops that were simply explained as “it’s the weekend, so your weekday blog isn’t getting as much traffic today.” 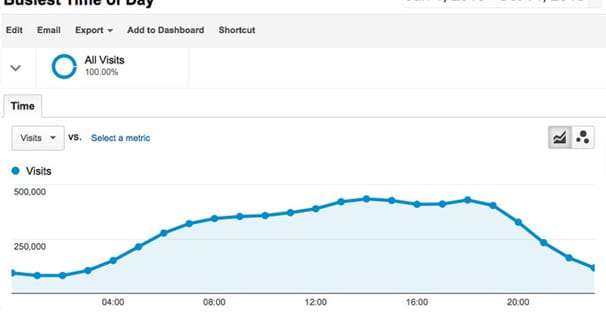 A minor traffic drop in the grand scheme of things CAN still indicate an issue, but it’s not as likely to be a dangerous issue. A small drop in social or referral traffic might be annoying, but if your traffic is still on an increasing trend month over month, it’s not much to worry about.

On the other hand, zooming out might also show you a disturbing trend of decreasing traffic month over month. You may have been losing users gradually for a long time without realizing it. If this is the case, you might be best served looking at your entire web marketing and SEO plan and revising it for the future.

Before you get yourself worked up into a tizzy, you should look at the context of your traffic over the last several years. There might be annual trends that you don’t see when you’re not looking at things from a far enough perspective.

One such example might be a business like Bronner’s. It’s a year-round Christmas-themed store, and as you might expect, is going to be doing the best business between September and January, while showing a distinct drop-off during the summer. The same goes for various educational tools; they will show a drop-off in traffic during summer months, when school is out for most people and the need for educational tools and resources drops. 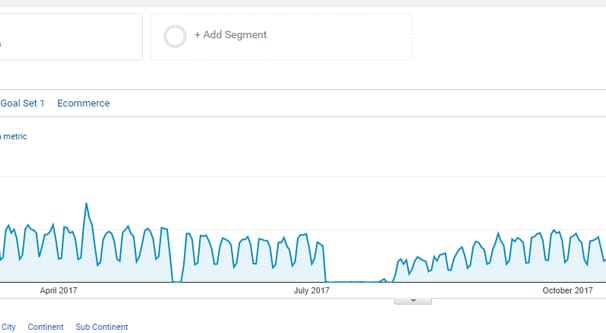 If you’re seeing a seasonal or annual drop, you might be able to do something to bolster your numbers during those times. A Christmas-themed store might want to push a Christmas in July sale, for example. An educational resource might want to create a specific section of resources or tools for people taking summer classes. There may be a niche worth exploring.

The Google Search Console is a great hub for identifying actual Google penalties. If you suspect any sort of issue with a manual action or other Google penalty – an actual penalty, not an algorithmic penalty like Panda – you can check the search console. You will see a Messages tab, and in this tab, you will see any notifications from Google about issues with your site. 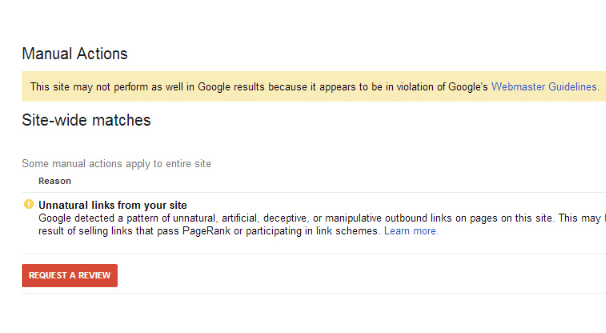 You can find three crucial pieces of information in the search console. First, you can see if Google has levied any manual actions against you. The typical Google manual actions include unnatural links and other link issues, thin content or spam flags, user-generated spam such as unrestricted spam comments, cloaking or hidden content issues, or your site being hacked. Obviously, fixing any of these will remove the associated penalty and restore you to your former glory.

Second and third, you should check for crawl errors and HTML errors. Both of these will show you if there are more technical issues on your site. Crawl errors will tell you if Google is having problems indexing your site, which will often remove you from the search index or hurt your positioning. HTML errors will tell you of technical problems involving the code on your site. If you recently pushed a new script or new page design, you might see HTML errors show up; if this is the case, you need to talk to your developers to figure out what went wrong and how to fix it.

Looking at your analytics from a variety of different perspectives will help you identify what the problem is and where it came from. Once you know the source of the issue, you can figure out whether or not it can be fixed, and if it can be, how.

For example, if you see a drop in your paid traffic that was slow and gradual, you might change up your advertising. Every ad grows stale after a while; it’s worth the time and effort to change up your ads. Your audience may have grown saturated, or you may have simply let your copy languish too long. Make some changes and see how they perform.

Another example might be if your referral traffic dropped abruptly. This might indicate that a powerful link source has disappeared. Maybe you got a backlink published on a site like Entrepreneur, only to have the head editor decide to remove it after it has been live for a week. The removal of the link causes an immediate loss of that traffic. You can fix the issue by publishing another guest post on that site, or another equally powerful site.

Every potential cause of lost traffic has a potential solution. Some will be harder to fix than others, but that’s just the nature of the beast. Since knowledge is half the battle, once you diagnose the problem, you can set about fixing it.