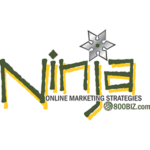 We are pioneers in optimized web site design for small, medium and large businesses. We work closely with you in the creation of your web presence from the goal stage all the way through to hosting and marketing the finished site to the search engines. Our turnkey web site package, coupled with our ability to understand your business needs, has led to the success of 800biz.com. We provide social media plans, implementation, and management.

No Mask … No Respect… No Business for you. This is the 2nd time in this UPS store with the employees not wearing a mask… 1st time the guy even said he has a medical condition so can’t wear one… Maybe he should stay home and not get us sick too… Just go down to swan and sunrise they respect their customers enough to wear masks and not give lame excuses all the time

I am Not Crohns
View Full Review
5 rating

Cheyenne is amazing! So helpful and friendly

I love this store! I am a local photographer and I use this store for all of my business needs. The owners and staff are super helpful. I saw a review below regarding coronavirus saying they don’t wear masks or social distance, but every time I have been in the store they are all wearing masks and there are tape marks on the floor directing customers where to stand. All businesses are just trying to navigate this weird time and I think they are doing a great job!

Huge thank you for staying open and weathering this storm!! You show up and service customers with a smile (masked of course but still smiling). Five stars all the way for excellent customer service!

The employees don’t wear masks or practice social distancing. There are also signs up referring to the pandemic as a craze. Maybe consider taking your business to a location that cares about your safety and believes in science.

I went there the other day and was helped by Cheyenne. I have not had customer service like that in a long time! That girl gave me excellent service! She was friendly and fast. A+

I had to return an item that I purchased for Christmas and wasn’t working. I had the return labels on it and thought it was being sent back to the company. I called the company I was returning the item to and discovered that it still had not been returned. They tracked my label and found it was still sitting at the UPS store I dropped it off at. Then I ordered another item, which should have arrived within 2 days. After 4 days, I looked at the tracking and it hadn’t moved since I checked 2 days prior. I called the company I ordered it from and after some investigation, was told it was lost in transit. So within a 2 week period, the only 2 items I ordered and being shipped by UPS were lost of not sent. Not sure what UPS is doing but they need to reevaluate their processes. The only thing that matters to a customer is to have our item sent and received. This is what they do. So to fail twice in a short period of time is unacceptable. Especially because if the item I returned wasn’t sent, I’d be charged for it. Also the item I paid for never arrived.

I love this place! Every staff member has been consistently friendly and helpful! I really appreciate this, especially because I don’t have a home office!!!