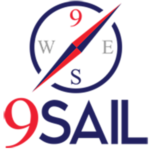 9Sail is an SEO and digital strategy company that helps their clients achieve the highest level of digital exposure in a cost-effective manner. Their talented team of experts helps their clients exceed their financial goals and KPIs with a strong digital presence and innovative marketing solutions that increase their visibility.

Young, energetic and professional group. Traffic and steadily increased to my website since hiring 9Sail. I would highly recommend them.

The staff at 9sail has helped me grow my business in more ways than one. They are true professionals that know SEO inside and out. They first educated me about the world of SEO, and explained how it could help my website grow. In a very short time we have seen a growth in our online traffic, and we expect it to grow even more to generate more leads. Joe, the owner knows what he’s doing and knows how to put the customer first.

9Sail Review SEO Service Review Originally, I hired 9Sail to do my website and logo and for those services I had a pretty good experience. Things weren’t always done in a timely manner, but my business was not open yet, so there was no sense of urgency. Once I was nearly open for business, I was trying to decide what the next logical step for marketing should be. According to 9Sail, I should invest in SEO (Search Engine Optimization) to increase my website views for which they would charge me a recurring monthly fee of $500. I began the contract in June. At which point I had 1 strategic meeting with 9Sail. Part of the contract was that I would be receiving a monthly blog post, from them and also guidance on what will help get more site views, as that is technically the point of the SEO service. July rolls around, then END of August. At this point there is very little to no improvement in my site views, according to Google analytics. By the end of August, I finally receive 1 blog post, which was not only very poorly written, didn’t really go with my brand philosophy and I had to re-write practically completely. I send it back, they post it and claimed they used “keywords to optimize it.” Come to find out they basically typed in to my website Plug-in one key word. I have access to this page on my website and it indicates how strong the keyword search is by giving it a green light for strong, yellow light for ok, then red light for not good. Not only does it give you the lights, but it also tells you what’s needed to make it green—strong. This was the ONLY blog post posted since I signed the contract in JUNE 2017 and the only thing they technically “optimized.” It had a yellow light and they NEVER contacted me about it. In fact, since June I haven’t had any guidance, direction or feedback about what’s been going on with my service, nor how to help improve site views, nor what I’m actually paying for. I finally let 9Sail know now in October 2017, after 4 months of no activity or feedback from them, that I will not be renewing the contract at the end of the 6 months. Them MIRACULOUSLY all of the sudden they want to have a meeting. The owner, Joe, tells me he would like to set aside a 15minute phone call to discuss what they’re doing. $500/mo for 4 months with no results and he’s willing to give me 15 minutes. Thanks Joe! In this phone call, I basically tell him all the things I’M doing to promote my business. I mention my blogs, videos, etc. to which he tells me is going to be great for them to be able to optimize. Oh Really? So 4 months of no feedback, but collecting my $500 monthly and giving a forced 20 minutes of your time so that I can tell you ALL the things I’M doing, and you don’t mention ANYTHING AT ALL about 9Sail has been doing, and that’s great??? Shouldn’t you have contacted me each and every month you were charging me for a service that wasn’t really generating results to strategize what we could to do to change that? Basically, if I hadn’t told them I wasn’t renewing my contract, they would’ve continued to take my investment and done nothing with it. So, I ask him to show me proof of what they’ve done. He sends me a google analytics report from September 2017-October 2017, in which my site views had increased. He thinks I’m an idiot. My business location is in a very prominent area on a very busy street. I put up my sandwich board sign in September, which has my website clearly displayed. I also had a table at a sidewalk sale which had over 10,000 people come by in mid-September. My site views went up during that period, because of my efforts, not anything 9Sail had done. I tried my best to be nice and professional, merely asking for refund for breach of contract and for clearly not doing $2,000 worth of work in 4 months. In fact, I even said I’m not going to write a bad review and I would like to keep this amicable. But 9Sail would just not back down. He began sending timelines and itineraries of the supposed work they’ve done, which I’ve NEVER seen before and really just outlines fudged “busy work.” No real website view results. If they were working on these things this whole time, why was I never informed of it? If my site views weren’t going up, why didn’t they contact me to try something different? Ironically enough, they’ve been hounding me the last few weeks to write them a review on multiple sites. Well here it is! They basically weren’t going to contact me. I had to force that last meeting out of them. And he’s still trying to claim they did $2,000 worth of work. It’s just ridiculous! There is so much more to this story and I have email threads to prove they basically didn’t honor their part of the contract. BUYER BEWARE!!!

Professional. Creative. Communicative. It’s that simple. Joe and his team have made our experience a breeze and have been transparent about their process from start to finish. They are open, and encourage feedback, so that we were 100% satisfied with the content they provided. If you’re a small business owner, you need to call these guys today and you will be amazed at what they can do for you.

Excellent service from concept to launch. Big thank you to Joe and his team! Highly recommend to anyone looking to get a new website.