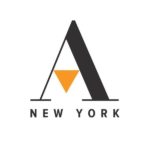 Imagine a marketing partner with more. Meet Advance Media New York – Upstate NY’s digital marketing and media company. We help clients imagine the best they can be, write their stories and deliver those stories to the right audiences. We’re a successful media company with its roots in storytelling and building audiences. We bring that expertise to our clients.

I was very doubtful to invest and trade to increase my profit, After loosing $2,450 to several scum platforms, I needed a honest account manager to guide me through the investment course. All thanks to this, simple account funding, easy withdrawal to my wallet. with a weekly profit accumulating to $19,600 am so excited and unreservedly express my gratitude to Mrs Mariel Ramsey who guided me on the course. she’s truly a trustworthy account manager I can recommend contact her for your guidance on account management Email: [email protected] WhatsApp +19736928825

The proper word to describe my feeling is Gratitude! Thank you very much mr https://www.facebook.com/Ralph.carico for sharing your successful strategy with us and give this opportunity to people.

I can say I haven’t been lucky since I started investing in crypto currency over the years. I got scammed so many times and I almost gave up not until I heard of Mrs MELISSA CRYPTO on how she has been helping her clients gain beautiful profit and I decided to give her a try and I am amazed from the profit I’ve been making lately. I can’t pay you for what you have done for me Ma. may God reward you You can also reach her here Email [email protected] What’sapp +1 (313)831-7140

The paper should be renamed the Post Slandered the way they allow these keyboard warriors to write about events with non-factual backing or actual journalistic integrity.

They are incapable of running crossword puzzles. Cut and paste is not difficult. They should hire an Editor.

Excellent networking experience..definitely will attend again! Well worth it!!

I’ve been doing business with you for 5 years. At the end of 2018, you raised your prices 3x’s over. I was calling and emailing on a regular basis because nobody seems to care about my “small business” and actually responding to me. � I went and cancelled my service with you yet I’m paid up to the end of January and you deleted my website. You’re scam artists and rip off artists and nobody should ever work with you. People, go local, this group only cares about big accounts, not the little fish in the sea. Good luck staying in business.

My son Peter Hoffman is so excited he won second place in your Holiday coloring contest! Peter won a $20 gift card and we thank you Advanced Media!!! 😊 You are a great company!!!

What does it take to get a newspaper delivered to the paper box that was installed by the Post-Standard??? Several months of repeated calls go nowhere! My 90 year old mother is a subscriber and has been for years. The past year or more, the paper has been hurled into the driveway or on the road edge. Weather is not always sunny in CNY! The paper gets wet, dirty or otherwise damaged. Not to mention that in the winter it gets buried by the snow plow. I have called several times, my mother has repeatedly called. NOTHING GETS DONE! SO, I have an elderly widow woman who looks forward to the paper being delivered. Instead of getting the paper from the tube, she has to hunt for the damn thing up and down the road. She sometimes finds it wet, torn, or not at all. When speaking to the paper, I was told that the paper is placed in a plastic bag. Nice in theory. But when flung out a car window, the impact on landing can burst the bag. WHY NOT PLACE IT IN THE PAPER TUBE??? Really… this is beyond horrid service.