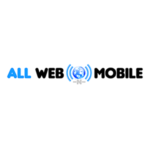 All Web n Mobile is a group of highly experienced and motivated individuals that work together as a team to ensure the individual clients get the quality product that they necessitate. With much of the All Web n Mobile team having 25+ years of experience, our expertise is not limited to just web and mobile design but to a much broader scope of capabilities. No project is too big or little and we are not intimidated when it comes to accommodating your ideas and making them reality. Paying close attention to detail, we will produce a customized product that we will not be satisfied with unless you are.

This is not so much a bad review as it is a cautionary tale.I went with All Web because I wanted to support a local business. Chris presented the plans they had and recommended the Maintenance plan, which is $100 a month, to host the site.All Web has been in business a while so I figured they knew what they were doing. Over a period of 5 months (yes, FIVE months) the website slowly came together. I’ll be honest, I hadn’t really researched web site design.I now know that there are many templates out there for a website, many of the them free or available at minimal cost. I went with a local company because I thought it would be quicker to have them create a site instead of me learning about web site building on the fly with a template. I was very wrong.Second lesson is this. Don’t spend a ton of money to have a website created, there are many free and low cost templates you can just plug your stuff in and modify to your hearts content. If you want to have one built from scratch, do your research to see what works and what doesn’t.After five months of tinkering with the website, with any changes taking longer and longer to complete , I threw in the towel and went live with what I had. It was a terrible design, and that is all on me, but I do wish for the money I paid there had been some guidance thrown in.Part of the $100 Monthly maintenance plan was that I could have them do updates or changes, up to two hours a month. When it went live, Chris informed me that with all the hours they had put in building the site, I had used up all my hours from the maintenance plan for the YEAR and they could do no more updates unless I paid an hourly rate. I didn’t quibble with this because it had been a five month project and I figured that was fair.I have since talked to several companies and designers, and to a person they are simply astounded at how much I paid to have the web site created. I’m not going to say how much because frankly I’m embarrassed at how naive I was going in to this. The time the company put into the site was also source of amazement by others. (In All Web’s defense, we weren’t on the same page for a while, and I did have many initial changes to bring it line with what I wanted.)The $100 maintenance fee? No one believed I was actually paying that. Several reputable companies, actually most of them, charge something like $150 to host for a YEAR. That’s with backups, etc. In fact, the most I’ve seen for a small e commerce site was about $30. And here I was paying $100.My site was not successful, (which had nothing to do with All Web, that was all on me and my clunky design), and after paying WAY too much money to All Web month after month I finally gave up. I actually had to take a part time job to pay down the credit card that had been maxed out paying for All Web’s design and monthly fees.I finally called Chris and told him I couldn’t pay the $100 a month anymore.Full disclosure. When I went with All Web, I signed a one year Maintenance package plan. I had four months left when I pulled the plug as at this point I had a job JUST to pay the fees. Chris was upset, which I understand, and it was not an amicable break up.I found another company that I could park my site on and plink at it while it was still running, but at a cost of $149 for the year. And here is where it goes off the rails….When that company went to transfer the files from All Web, it failed because All Web had closed out everything and was essentially holding my website hostage till I paid the rest of the maintenance fees. For a site I paid UP FRONT to have built.I stand 100% behind everything I’ve said here. In fact Chris and I have had words regarding all this, with him claiming a different recollection of the details. I can’t do anything about that, I can just honestly tell you what happened to me on my end.Just a heads up folks. Do your research, there are better and MUCH less expensive companies out there. And probably better customer service to say the least.

Great people to work with. They go above and beyond.

Chris did an SEO review for me and increased my leads by 20%. I highly recommend them for any Online work you need done right.