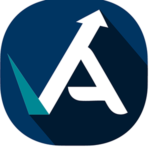 Ascension Development Group was born somewhat accidentally. Our original team came from careers in digital marketing in the private sector. In 2012 we started consulting for a non-profit organization that we volunteered with. This turned into a large social media campaign to coordinate hundreds of regional social media pages. After the organization began to see more online traffic they needed a website, so we developed a new website for them.

Thanks to the team at Ascension we launched our company website and go-to-market strategy our launch was a success! We are getting tons of work at our shop!

I used ADG for a marketing growth plan as well as for my website. I have received a ton more leads for art projects and love my new website. I’d recommend them to anyone who needs digital services!

We used ADG to complete our website and it was flawless. Their team helped us rank well on search engines and the design is modern and user friendly. We would use them for our next re-design in a few years and are currently doing a marketing strategy with them.

I would run away from the Ascension Development Group as fast as you possibly can. On November 11, 2019 I sent a deposit of 3204.50 dollars to the Ascension Development Group. In their paperwork, they promised to complete my website within twelve weeks. Over the following sixty-five days I called, I texted, and I e-mailed them over 45 times and was ignored. I left messages on their business voicemail over and over again and did not receive even the curtesy of a call back. Finally on January 28, 2020 I sent them an e-mail and asked for a refund since no progress had been made on my site. They responded by apologizing for all the communication problems and promised to “make it right.” I reiterated my request for a refund and he went back to ignoring me and he admitted to BLOCKING all of my incoming text messages. Finally on March 2 he offered me less than a third of my money back as a refund if I would sign an NDA. I refused because I should receive a full refund of my money since the Ascension Development Group was unable to complete the task they promised they would do in the time frame they promised to do it in. The Ascension Development Group has horrible customer service and they have lied to me repeatedly and now they have stolen from me.

This group is fantastic to work with. They did our website and also do our content support. If you want a group that is responsive and on the cutting edge, you found them!