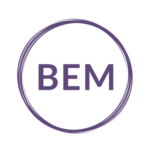 Our experience with BEM on our 2 most recent festivals was extremely positive. HIs knowledge, professionalism, ideas and and constant weekly or better feedback, went a long way to helping us to record breaking online ticket sales, during an otherwise very challenging year.Our overall return on investment with his company was excellent, and I would recommend, without hesitation, his services to any festival or event seeking to upgrade their social and digital presence in a quantifiable manner.He had great ideas on sponsor fulfillment, kept improving our digital ads and returning to the ones that had the best returns, and after my 28 years in the festival business, he proved that you can teach an old dog, new tricks!Howard Freeman-CEO-The Festival Group

Bauer Entertainment Marketing has been incredibly helpful in ensuring the success of our client’s events. From independent artists to large record labels or sports rights’ holders, BEM’s event marketing and support are an invaluable resource for everyone looking to increase ticket sales and ROI! We can’t recommend them enough!

Bauer has been so helpful in assisting our event through digital and traditional advertising management. They helped get our digital ad accounts set up to maximize budgeted dollars and produced engaging, fun ads/content. The amount of time I have gotten back by relying on their services as well as the knowledge and expertise their team has provided is well worth it! Very much recommend this company for entertainment marketing support!

It has been a pleasure working with Bauer Entertainment. They have a great selection of services and options for Music Entertainment companies.

Bauer Marketing has been amazing to work with! They are professional and always quick to reply and help with all our questions and requests. They have great ideas!! I highly recommend!!

We brought BEM on to enhance the work we had already accomplished and take us to the next level in our marketing initiatives. They have hit the ground running and quickly adapted to our business and made themselves an extension of us! We would recommend Brian and the BEM team anyday!

With event marketing being a crucial aspect to the success of a concert, B.E.M. is an invaluable resource! They are a great investment and our many clients that have engaged them have seen a great ROI with increased ticket sales not to mention the value the the B.E.M. team’s support!

I am absolutely disgusted by BEM’s behavior and approach to business as we’re coming out of the pandemic and starting to get the ball rolling again. As Covid was looming, Brian was adamant that we get him $14k+ in show marketing management fees in order to execute a new contract to promote shows. Needless to say, those shows didn’t happen.The shows had been rescheduled half a dozen times with our management spearheading that effort and marketing on boarding having been done at the venues.During the pandemic there was various unnecessary efforts at “busy work”, including having me do a virtual show that produced $200 with no continuing follow through and definitely wasn’t worth my time or effort. Throughout this whole pandemic, there was no guidance as to markets re-opening, with BEM not being happy when we decided to push back shows as it was far too early to begin performances, with capacity caps making it impossible to turn a profit.During this time, our account was also handed to an inexperienced employee, who apparently did not care what we thought. Assets that we did not want used and which was repeatedly communicated, would immediately show up in ads, despite even being listed in her post-call recaps. Contests and promotional concepts would be discussed, and then never heard about again. Another client that I referred to BEM left them for the same reason.Last week our GM received the new contract, and despite a dip in service, having had our account passed to an associate and us coming out of a pandemic after a year of trying to stay afloat, the price rose and an opportunity for a long run in New Orleans was completely exploited with ridiculous fees. Our team hasn’t worked in over a year, and Brian buys a new house while most in our industry suffered. They must have raked in those last minute payments before everything shut down.In stead of wanting to help a client come back from this awful time, BEM took it as an opportunity to raise our rates, demand everything up front, and include a market (city) fee and a per show fee for longer runs. Additionally, until the new terms were agreed to, the previous shows that we had paid $14k+ for would not be serviced, and were ultimately being held hostage. These terms for a new contract could have been presented at any time over the last few months for standard shows, but were not given to us until we were at the final hour of needing to get tickets on sale, the same tactic used when things were shutting down and we had to make that payment.Apparently, now that we are not continuing with the ridiculous terms being offered, we are just out $14k+ -OR- those funds were “utilized” during the pandemic. That is still unclear, despite me asking several times that these pandemic “services” were not counting towards the show fees that we paid, and would mean a $200 return on our investment. This is a very disappointing end to this relationship and we’re out that $14k+, which I intend to get back one way or another. The issue has been handed off to our show’s legal counsel. If you work with BEM, make sure you pay on the back end.

We’ve been working with them for four months so far. They set up a bunch of tracking/analytics for some of our key pages, and we’re running a variety of A/B tests. So far, we’ve seen some remarkable results! We’ve made positive changes to our website with their assistance. Really easy to work with and seeing ROI pretty clearly. Highly recommend!