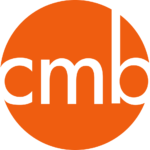 We are a full-service custom market research firm, helping the most successful brands in the world engage, innovate and grow by leveraging the very best of advanced analytics, consumer psychology and market strategy.

I have participated in several Chadwick Martin Bailey Synchrony surveys and have really enjoyed them. More information and more ideas every time I participate in these surveys And the gift cards are very nice also!

UPDATE: I did finally receive the $15 Mastercard via email about two weeks later, and though wary of using it, and not many ways to use it, we ordered pizza. I half expected it to be fraudulent, not knowing anything about this company other than they sent me a survey which I completed. Anyway, just wanted to say that they did actually stick to their word and the Mastercard was good. Spouse enjoyed the pizza. Still only giving four stars due to the extra long time it took to receive the payment. Also would like to give zero stars. I did their stupid survey. After over 2 weeks, I emailed, and was also given the run around that it would be 2-3 weeks and that it’s just ready yet. Now that I’ve read these reviews, never again. I suspect they got my email address from my airline frequent flyer account, which awards miles for surveys – the only reason I did THIS stupid survey that took forever. Never again! Stick your fake money, CMB.

Best in class market research firm with an incredible team

I have done 4 surveys for a professional product that is on going in our office. I have received NONE of the e gift cards. They say it will be 3 or 4 weeks until you get the card. NOW you have 3 week to forget. They did email me one time on the day I wrote and asked why I never got an e gift card. I immediately got one, clicked the link and it said it was expired. ( 15 minutes after card arrived ) I wrote again this time customer service said it was issued 3 months ago and was expired. My next emails were obviously un-read as I received a form e mail that had no relevance. Dont waste your time, and if you did notify the company that paid them and let them know its a scam. FYI the only 5 star review Stephanie Kimball she works there . I found this Chadwick Martin Bailey’s Stephanie Kimball was recently selected by the Greater Boston Chamber of Commerce to be part of Boston’s Future Leaders.

I would give them ZERO star if possible. I was contacted via email for a survey. THEY said they got my email from one of my banking cards. AS best I can tell, I have never given an email to ANY financial institution, except for one and they don t issue credit cards. CMB e-mailed me at LEAST twice.The deal was: Qualify for and take a financial services survey. I would assume that I qualified for the survey as I was able to proceed through the entire series of questions. In return for my time, I was to receive a $15 AMAZON gift card within FOUR weeks. Nothing shows up. I send an email to CMB. Their response: Thank you for your email and interest in the survey. We have looked into this and unfortunately, it appears that you did not qualify based on your responses to our upfront screener (sic) questions. You should have seen a screen informing you of this following the (sic) those questions. OBVIOUSLY I was not shown ANY screen informing me of this. SURE, then WHY was I able to complete the 15 minute or so survey?????

Sends spam research requests to businesses no where near the market they are researching. Companies have better things to be doing with their time then getting scammed by your research services.

I just got a weird phone call from an UNKNOWN number on my cell phone. The guy on the phone said he was from Chad, McMartin, Bailey Research company in Boston, Mass. I asked him to remove my private number and not to call me again. He told me because they are a research company they do not have to comply with the national do not call regulations. He refused to give me a company phone number so that I could register a complaint. He would not tell me how he got my number, just that their client sold it to them. I DO NOT WANT THIS COMPANY HARRASSING ME THROUGH MY PRIVATE PHONE NUMBER