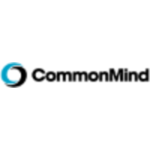 The window had a broken pane that was covered with cardboard, the room smelled kind of foul, and air conditioning in my room didn’t work after complaining two days in a row. When I asked the manager if it had been addressed, she had no idea. Also, this woman, who is apparently the general manager, stands outside the front door on the sidewalk and smokes. Gross. And on top of it all, a colleague who used to work at Buckminster and left (with no apparent drama as I understand it but this manager doesn’t like her) came to meet up with me at the hotel, and the manager apparently called her afterward and told her that she was trespassing and the police would be called if she came there again. What on earth? Totally crazy behavior – the hotel should be embarrassed by this conduct. Overpriced, poorly managed, and kind of decrepit. I travel for a living and have stayed in hotels all over the world, and I would never stay here again.

Old-school building with nicely refurbished rooms and lobby at a great location very close to Fenway Park and several entertainment venues, bars and restaurants. We paid a better-than-expected price for our room. One of the lobby attendants couldn’t tell us how to get into the parking garage- she must be an MBTA commuter! Recommended.