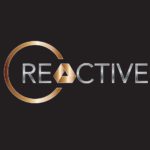 Creactive, Inc is a full service digital marketing and SEO Company located in Huntington Beach, CA dedicated to providing small business owners superior quality, service, satisfaction, and the capability to become competitive in their respective fields of business. Our firm is the Top SEO company in America for small businesses. We attribute our success to data rich content and our ability to contribute regularly to all data sources across the internet. Our aim is to treat every client like family.

Out standing websites, very helpful, negligible and easy to work with. My company has been with them for 8 years.

It has been great doing business with Creactive Inc. From the day they reached out to our small business to now we have seen a great amount of growth due to an increase in ranking and online visibility. Its nice to have a company that is always easy to get ahold of and is always there to help you to reach your goals when it comes to online marketing. We all know how important and hard it is to rank online and if you are not well versed in SEO then its almost impossible to do it yourself. Believe me, I tried! If you need help with your online marketing look no further and leave it to these professionals, they will have your back!

I receive tons of calls from companies trying to sell me services , normally I just say no and hang up. This time I listened mostly because the guy who called was so down to earth , then he put me through to the owner , he too was down to earth and a straight shooter . I took them up on there offer which was very reasonable . I started seeing results right away , I’m so happy I listened that day and said yes. In the past I’ve been sold a bill of goods that didn’t pan out , but this time it’s a huge success .Mike Moris Owner NuVision Pools

Great service, consistently good results with updates to our website to keep it looking good and running well

Creactive provides superior design and web related services for a really good price which is much much lesser than what other companies in the Industry charge. Friendly and knowledgeable owners to work with along with effective SEO services.

I have a long history with Creactive; five years to be exact. I have personally worked with both Ryan and Andrew, the owners, as well as multiple people on their staff. I am not a frequent review poster, but recently had something so disappointing happen, I feel I need to share my experience to prevent others from being blindsided. Several months ago, I made a change to my logo. I requested the change be made on Creactive’s end and was met with pushback about logo sizing. I requested to speak with the gentleman working with me and he flatly refused to speak on the phone with me, stating he was too busy. After being given the run-around, I emailed him back saying I would prefer them not send anymore customers to me for a reference, and that I was considering terminating my account. I would like to add here that in the past five years, I have provided numerous references, allowed potential customers to call me, etc. to help Creactive promote and grow their business. In response to this email, one of the owners, Ryan, emailed me stating that my account would be closed and that he “looked forward to working with another windows and doors company in Dallas.” I was completely flabbergasted. I immediately tried to call to speak with Ryan as well emailing him, then after no response, began searching out a new hosting company. Several days later, the other owner, Andrew called to discuss what had happened and why I wanted to leave. He ASSURED me that if I were to stay with Creactive, he would personally handle my account from this point on, offered me a discount, and gave me his cell number. A lady from Creactive called after I spoke with Andrew, asking if I would post a positive review online. I told her that I needed some time before I would be ready to do this. Then, days later, while on vacation, I received a call out of the blue from a potential customer, stating that he had been given my information to provide a reference. In shock, I told him I wasn’t comfortable being a reference point, and that I was in a mending phase with Creactive. Let me be clear that I told the customer nothing of my experience and said nothing negative about Creactive. The next day, I received yet another email from Ryan stating that he was terminating my account on the 8th because I was “obviously unhappy.” I called Andrew to discuss and he said he would check on the situation and then inquired as to why I wouldn’t complete a review for them as asked. I never heard anything back from him after that, after trying to call and text numerous times. I have since placed my business elsewhere. Never in my 17 years of management in the car business, nor in my 6 years as a business owner, have I encountered such unprofessional behavior. Please consider carefully before placing your business with Creactive.

I am counting on Creactive to help build a web presence on Google to help attract more customers to my home inspection business. They are exceptional in their response and willingness to explain complicated information about SEO and web development. I believe they are verytrustworthy and I look forward to a long business relationship.David Henke, HOME INSPECTORS IN ALABAMA

I’m so Happy that I hired this company.