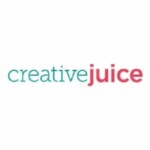 We do your online marketing. With ItsCreativeJuice.com you get to the optimal online marketing solution! We advise you and ensure an attractive and successful positioning of your company on the market. Being a trusted digital marketing services agency in Atlanta, we empower e-commerce business operators and marketers to achieve higher sales revenue via our professional team. Our highly experienced team would provide your business with the right marketing strategies it needs.

The Creative Juice team was very responsive and knowledgeable. Throughout the discovery process, they were patient, inquisitive and the proposal / approach was very thorough. I’d highly recommend anyone looking for a strong creative/branding/marketing team consider Creative Juice.

I only post this to explain my own experience – I hope it is not everyone’s.We were SO excited to work with Creative Juice for our website redesign. We even signed on as a retainer client and trusted them to manage/update/protect our website. Unfortunately, we had issues from the beginning.We asked for and agreed upon specific tasks/integrations to be completed with the website build and they agreed, gladly. As soon as we signed the contract, they started to treat us differently. Their attitude immediately changed and it was clear that no one really knew what they were doing. Every meeting with the Creative Juice team was disorganized and we had to constantly remind them of things that were in our contract/agreement. I won’t go in to detail but they did not do a thorough, complete job with the website nor the monthly retainer tasks. We had to go behind them and do some of the work we paid them to do (upfront!). I will tell you in my time working with Creative Juice, we had 3 different account strategists… over a 5 month-period! And we weren’t even notified until a month after the strategists left. It would take weeks for them to get back with us or make changes that we requested. There was also a major gap in hand off of information/responsibilities relating to our account with each new account strategist.I worked as an Account Strategist at a digital agency prior to my time at the non-profit (where I worked with Creative Juice) and I would never treat a client the way they treated us. I put together an entire slideshow of the things they missed or did not deliver entirely.If I had to summarize my experience, I would say it was a complete and utter mess. I do not trust them and I will never trust them with anything website related ever again. Please look into them before you use them – Glassdoor employee reviews to be more specific. I hope they treat others with more respect than they treated us.

Update: I paid this company to host my website. At the end of December, my website went offline for some unknown reason. (I don’t blame them. I don’t know what happened.) I contacted the company and I was told the someone would look into the issue. This is huge because I run a non-profit and December is a peak period for end-of-year giving. After the website was down for 48 hours, I emailed and called the company, again. Nothing. I later get an email that the company was looking into the issue but that most people were away for the holidays. After 11 days, the company sent me an email saying that I hadn’t paid for my domain. That was not true; I paid for my domain for a year. Finally, in January I reached out to another company. After providing my hosting information to the new company, they had my website back online in minutes. I lost numerous donations for something another company solved in minutes! In the end, my website was down for 12 days at a curial time during the year. I am truly disappoint by Creative Juice’s response. No one has addressed the companies delayed response, nor scapegoating the domain. I waited before changing my google review, but I’ve heard nothing from the management of this company. Frankly, I’m not interested in hearing from them at this point. It has been almost 2 month.Last year, I started a private foundation. Creative Juice built our website from scratch. The team was responsive to our needs, patient, and understanding when we had a few hurdles during our process. Communication was easy and consistent. Our feedback was always accepted and built upon. It was a new experience for me, but Creative juice made it easy. When we decide to update the site, I’ll go right back to where it all began, Creative Juice!

From contracting through execution & delivery, the juicers at Creative Juice were organized and easy to collaborate with. Their team paid especially close attention to the details we provided to develop a branding suite that really speaks to the founders personalities, and creates a strong identity to build a foundation upon.We would definitely recommend Creative Juice for their attention to detail, contemporary design, flexibility and professionalism! We are very pleased to have partnered with them on our design project!

Creative Juice has been such an organic healthy experience!The staff there are more than friendly, accommodating and refreshingly professional young lady’s.What I absolutely love about our business exchange with “Creative Juice” is their Response time and attention to detail. With their many skill sets and service options, I favor most the genuine and solution driven consultation that is customary to my specific need at the time.Here’s what you can expect from this team:>Hard-work/ dedication /honesty /creativity and Teamwork .I’m excited to work with such a spectacular group and enjoy the fact that we can call on creative Juice for impromptu projects and receive quality results at an exceptional turnover rate.Thanks again Octavia for everything!