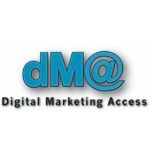 After being in the business for over 13 years, I still didn’t how to frame a better digital strategy and marketing execution. The professionals from Digital Marketing Access helped me to devise a digital marketing strategy that works better for my business. They are very professional and knowledgeable in every aspect.

I was looking for a web development service to redesign and optimize my website. The team at Digital Marketing Access, L.L.C. is phenomenal and redesigned a new website for us in a short period (4 weeks). I had gone through two different companies before contracting Digital Marketing Access, L.L.C. and was not satisfied with their level of service. The team here is diligent and provides attention to details to every single task they perform. Thank you [email protected] for the great work!

Digital Marketing Access, L.L.C. has been instrumental in helping us build our social media marketing campaign, and it was a huge success. Their knowledgeable staff and commitment towards what they do have made them our ‘go-to’ solution for all our digital marketing services. Working with them is a great pleasure, and we’ve seen an increase in leads and an excellent ROI. They are incredibly responsive and answer our queries promptly. I would highly recommend them to anyone!

I own a small business so I was really on the fence about writing a review as I know how reviews drive or kill business. We hire this company in October. We are on the small size business wise and knew this was our next step in growth. We have so many great reviews and such a following but no one knew about us. Bummer. So we were excited to hire them.Pros: They were also a small business like us which made us excited to work with them. We met with Walter and he seemed nice. At first when I had a question or issue he was johnny on the spot which so are we in our business so I appreciated that.Cons: Sadly, everything else. I owned a previous cleaning company. We had our SEO company the entire time we had that business. Time management wasn’t there. We hired them at the beginning of October and they said 6 weeks til completion. So we waited. 6 weeks would have put us at the 1st week of November. Come the week of Thanksgiving we still had nothing. We reached out and expressed how we were concerned that there wasn’t a bigger sense of urgency here as this was our go time for business. November and December are everyone’s busy time. Pretty common sense. He expressed to me that his ‘bigger clients’ needed things done first (example: He had to get them all ready for cyber Monday and such) so we took a backseat. As insulting as that was as a small business I understood, sort of. We tried to not be insulted by that and asked them for an ETA on completion. They gave us our website and it was incomplete. It was a mess really. Content issues, format issues, heck they didn’t even make the pictures fit the area which I can do. These are all things my untrained eye saw. We called a meeting which Walter was on top of which again made me happy to work with them as he seemed to care. We met and went over the website and even Ian (which by the way is the 5 star fake review) said it looked bad. But they fixed it thereafter so again, cool or at least fixed. They told me they were too slammed for fully fix the website but that after the holidays they would work on it. Again me being patient I accepted that but wasn’t happy as now I just paid $2100 for a website that isn’t fully functioning during the holidays. Come December and mind you this is late December I don’t hear anything from them. We are getting leads but ones based off of referrals and our cars. I track all leads. Still no foreseen benefit here.At the end of December with still having a website that wasn’t complete, not seeing any benefit from spending all that money we call again hoping something is fixed. Something has to give here. We set us another meeting which you would think this means I am ticked and am ready to fire you, right? We set it up and I have to push it back an hour. I go to have our meeting and he texts me telling me he’s going crabbing and he’ll call me later. Are you serious? This is my boiling point and I snap. We have just waited 3 months for our investment to pay off. We call you frustrated nothing has been done and fishing is a priority? Not your customer? I am patient but that was too much. We fired him. Upon firing him we heard nothing. We were waiting for an I’m sorry a refund for the work not performed. Something. Nope. We finally hired another SEO company. They are charging us over $1200 dollars to fix what wasn’t done with them. All the key words weren’t even in there, the header was missing. Missing. There was duplicate information the website which apparently flags you to Google. All sorts of mistakes. I was forced to turn him into the BBB as there was no resolution even attempted. He sent me a text message saying good luck! as I asked to talk to someone to resolve this.In short this was the worst experience I have ever had. To mislead or in my opinion scam a small business should make him ashamed. Instead he defends it. I would stay away if you can. The way everything was handled is just frustrating and honestly sad.