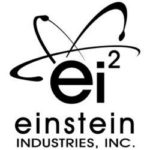 Located in Sorrento Valley, the tech-center of San Diego, CA, Einstein Medical is the leader in online medical marketing and website solutions, offering a wide range of products and services designed to increase the financial success of its clients.

Trying to get a job here is like pulling out your teeth. Unanswered questions, unreliable people and staff, and unorganized way of growing their business. Thank god I didn’t start a career here. Would have been a waste of time.

It the best place to work

The company charged me $13,535 for signing a contract even though no work was ever started. After months of back and forth, I attempted to write a letter to the president. I included the letter here which explains why I requested to void the contract 19 days after signing. You can decide for yourself whether you agree with their ethics…November 7, 2016Dear Mr. Ricasa,Over the past four months, Einstein Industries has denied my request to terminate the $13,535 contract that I signed in May, even though there has been zero time, resources or money spent in the development of the contracted website. The reason I requested terminating the contract 19 days after signing, was the multitude of negative Google, Yelp, Dentaltown and Better Business Bureau reviews I came across: shady employees , rude , unprofessional , worst customer service ever , they are horrible, their sales team is very aggressive and will promise you the moon to get you to sign with them , everything is additional , frustrating communications….delays and misrepresentations on their part , fraudulent sales process , unacceptably slow design process , faulty writing and design , overcharging for services , terrible customer service , unethical business practices , this company is horrible , and they run clients credit cards early . In light of my findings, I understandably had strong reservations about moving forward and wanted more time to research my decision. But Einstein got my signature and so apparently there was no longer a need to extend goodwill. They recently offered to terminate the contract for a 25% re-stocking fee ($3383), a sum I paid, but then a week later I received a letter that Executives had changed their minds because of the inconvenience I caused them by having my credit card company put a hold on the full amount while the dispute was being resolved. I believe a true measure of a person (or a company) is doing the right, fair, or ethical thing. Everyone knows a goodwill gesture can come back tenfold. In my business I strive to ensure every patient is 100% satisfied and that occasionally means having to compromise financially and otherwise. As a result, I have a staff that respects my ethics, my business has received excellent reviews and word of mouth and has grown from 0 to 10,000 patients in just 9 years. I have also earned the respect of my family, community, and colleagues. Throughout the process of trying to come to a settlement with Einstein, I was baffled by their rigid position. It seems incredibly short-sighted in regards to how a company functions as a whole to maintain such an uncompromising position. Employees don’t feel good about strong-arming clients (because nobody wants to work with a client who feels hog-tied), and clients certainly don’t want to work with them. Doing business this way inevitably results in negative reviews and word of mouth as well as low staff morale, and a poor reputation by peers and in the community. Einstein hasn’t invested anything towards the product in question and so I can’t understand the refusal to compromise? It would be a different matter had there been any time or resources invested developing the website.For these reasons, I am asking for the contract to be terminated. As the president of the company I would expect that you are partial to making fair business decisions and that’s why I am directing this letter to you. If Einstein is unwilling to terminate the contract, the company should at least stand behind the offer to terminate for the 25% restocking fee that was offered to me.I appreciate your consideration in this matter and await your decision. Please do not hesitate to contact me with any questions you may have. Sincerely,Jenny R, DDS

Einstein is the worst company I have ever worked with in all of my years of business. The employees are extremely rude and they do not do what they promise and what we paid for over the course of 2 years. I would NEVER recommend them to anyone. It’s like throwing money down the toilet.