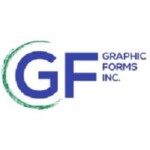 I highly recommend Miles and Graphic Forms. After using them for just a few months, I moved to the top of the organic search in google in a lot of key words related to my profession. I definitely will continue to use them!

We have been using Graphic Forms for many years and they are the best in the business. From SEO, to website building, creating graphic art for us as well as mailers, fliers, stickers, postcards and much more. Miles and his team truly care about the companies they work with. I recommenced them to everyone I know who needs their services and will continue to do so. Thank you for all of the hard work over the years!

As President of National Water Service, I have been working with Graphic Forms for many years with almost 100% satisfaction. Miles Dillon has taken his company from a Small Graphic company to a full fledged, ONE STOP SHOP for almost everything a business needs from Uniforms, Signs, Stickers, Custom Office Printing, Promotional Items, and a hundred thousand other products. His venture into Web Design and ongoing SEO is now the backbone of our company marketing efforts and we anticipate becoming a 10 million dollar company in the next 5 years. With every company from around the world incessantly promising top Google placement, I can honestly say that any company in the Mid Atlantic Region who uses Graphic Forms will achieve what all those other companies can’t possibly provide, including personalized service!

Graphic Forms is by far the least expensive printers I have used, while maintaining the upmost quality. It’s super easy to order and you know once you send the order it will be processed efficiently and delivered promptly. Highly recommended!

I’ve worked with Miles Dillon and ‘Graphic Forms and Printing’ for years through another business, but something has changed. Last year, I asked Miles to design a label for me; I even gave him a ‘mock up’ of what I wanted it to look like. He passed it on to his ‘graphic artist’ (or 3rd grade nephew, I couldn’t tell). We went through several incarnations of the label, including fixing spelling and punctuation errors that didn’t exist on the original mock up. I finally authorized a proof and a label was born (hundreds of dollars later). The picture I used in my mock-up was public domain, the picture in the label, he charged me for. It was the same picture. The first batch of labels didn’t fit the bottle, so I had to use a paper cutter. The second batch of labels arrived wet and he made me return them to him before he would replace the order. He e-mailed me a pdf and a .jpg of the design.A few months later, I asked him for another label for a different product. I sent him a mock-up, which he laughed at, saying “we should have some branding” and “it should match my existing design”. The one I sent was a black-and-white, generic label; kitschy, but professional. His first proof was almost an exact replica of my label, with worse fonts and graphics. I asked Miles why he didn’t do what he said he was going to do, branding, matching, blah, blah, blah. He said he didn’t know why his graphic artist hasn’t followed his instructions, but that he would have it redone. The next proof he sent was awful. It was so awful, I thought it was a joke. I shelved the project and moved on with my life. He billed me $50, which I am never going to pay.It’s now a year after my first label was designed, and I need more. Since I am never working with Graphic Forms and Printing again, I found an online company with high marks and great prices. Turns out the files that Miles had sent me a year ago were low definition, which translates to grainy and blurry on a finished product. Miles will not provide the original art work, for which I paid a premium. I will not communicate with him on the phone, he’s a liar and a cheat and I told him so. He sent me an e-mail, saying, ‘I must be old school, I’d rather talk about it on the phone’, and stopped responding to my requests for the art work I paid for.If Miles Dillon were an honest, trustworthy business man with a moral compass, he would have given me what I paid for when I paid for it. I should have had my art work when I purchased it, a year ago. Shame on me for not checking my files to make sure they were vector or HD (I didn’t even know what that meant back then). He’s a crook and has sub-standard ethical standards… that must be what he means by ‘old school’. It feels like extortion. I’m out of labels, I’m losing sales as a result, but I will not be extorted by an awful human being. I will have to sue him for something I already paid for, and I am completely disgusted.Do business elsewhere. Miles Dillon and Graphic Forms and Printing is the worst of the worst, and if quality and decency mean anything to you, stay away. If I did business like he does business, I would expect to be fired… but Miles owns Graphic Forms and Printing and there is no recourse there.