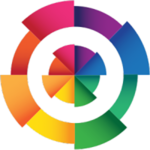 About Us We help companies, big and small, discover what makes them unique and channel it into a memorable experience that outsells and outshines their competition online. We keep our process simple, transparent, and customer focused. We avoid buzzwords and bullshit – we spend our energy instead focused on creating best-in-class user experiences that translate into the things that matter.

I would highly recommend working with the Huemor team! My team used them to create the landing page for our upcoming 2020 gala and we are very pleased with how the process has gone. They are extremely creative and captured every aspect we envisioned flawlessly. When we had questions about layout and design they were able to provide multiple suggestions to give us the perfect solution. We thank the team for all their hard work!

Huemor was hired to redesign our outdated website. The quality of work produced, execution, communication and adherence to schedule were grossly mismanaged and did not reflect the original proposal. The project was a complete disaster. I would not recommend hiring this agency for your website design.They were hired to do certain tasks that were not achieved well, with some tasks not achieved at all. The website they launched is buggy, inconsistent across desktop and mobile, and is missing some of the pertinent components that were discussed during the RFP process and initial development stages. We were forced to compromise on certain functionality, which wasn’t addressed until very late in the process where it was too late to go elsewhere.During development, their team did not reuse identical elements across pages, like the header image section, and certain text/image blocks, which could’ve standardized the platform and allowed us to make future changes in-house. A lot of pages had different content in the back-end, meaning we had to redo our content multiple times, which caused additional costs and time. The user experience has not been optimized for quality. The site has become harder to use and manage internally than our old WordPress site.While we were given a timeline of between 12–14 weeks with weeks 15 and 16 for QA, the website was delivered after almost a year, and not in a perfect condition. When the content was provided to Huemor, it took several weeks for them to even respond with updated timelines. Communication suffered and continued to suffer through launch, sometimes days or weeks with no response to our emails. It felt like they switched to other projects and stopped treating us as a priority. After getting the owners involved again, their team worked towards completing the project rather than making a good product. Think twice before hiring this agency.We have since found a different developer who was able to correct Huemor’s mistakes. The current website you see is mainly the work of the new agency. Would be happy to recommend them in case you’re in the same situation.

I LOVE my site, and more importantly I love the attention to detail that Huemor gave my project. I’m not creative and the entire team was able to take all of my wild ideas and put them into a clear concise website. They helped me get the right color scheme and overall theme to make my vision a reality. If you need a website built or updated, you WON’T be disappointed with them.

The Huemor team has that impossible combination of genuine creativity and professionalism that turns every project they work on into a success. They do truly amazing work that is unique to each client and their market. Partnering with Huemor is the best decision a company looking to reinvent its online presence can make. Great team doing great work.

HIGHLY Recommend Huemor, worked with them coming up 6+ months now. If you need a client focused agency web dev agency, that takes time to understand your brand, your vision, your products and then your audience – then Huemor is just that!

They have a can-do attitude when it comes to meeting client goals and timelines. We’ve received a lot of positive feedback from users thus far. They’ve made significant improvements to the site’s overall performance and interactiveness.

I would highly recommend Huemor. We hired them to create and launch a brand new corporate site and are very happy with the outcome. They are extremely creative and were able to come up with strong solutions to address all of our unique needs (without increasing our costs), which was very much appreciated. They also got to know us and our business and delivered something we’re all very proud of. Thanks for a job well done!

We needed a professional and highly functional website for The Spring League. Huemor exceeded our expectations with the finished product. We are very pleased with the results.