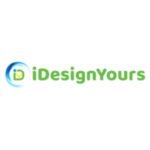 iDesignYours is an SEO Company in New York that helps clients obtain page 1 results in Google searches. We are meticulous in our craft.

I have used Mr. Mann to create my law firm’s website and to do SEO work for the website. 5-Stars do not give Mr. Mann enough credit for the work that he does. I am in a relatively saturated market for attorneys, and he was able to get my firm’s website on page 1 of Google within a short period of time. I had previously used large corporate website developers that promised the sun, moon and stars, but never made it past page 3 on Google. As a result of Mr. Mann’s work, I am too busy, and I am looking to hire additional attorneys. He is extremely responsive (he calls me more than I call him), and his work is second to none in my opinion. If you are creating a website for your law firm or need superior traction for your law firm’s website to move up in the rankings, Mr. Mann is the only person that I recommend. I have recommended him to many friends and colleagues. The bigger companies in this field promise more and charge more. Mr. Mann’s fees are reasonable and he delivered ten-fold more than the large boilerplate website firms that I have used in the past. If you are an attorney or law firm that is looking to increase its client base, Mr. Mann should be the next contact that you make.

I am Sara Jurek, orthopedic surgeon and shoulder surgery specialist in Seattle, WA. Phil completely exceeded my expectations for this SEO project and I am beyond pleased with his work. From our initial interaction extending throughout the entirety of the project, Phil was professional, responsive, honest, engaged, and went above and beyond to achieve the goals of the project.Most importantly, while Phil never guaranteed results (as guarantees with SEO are useless), he was very clear about what he expected to be able to accomplish and then he just went out and completely crushed those goals.I wanted help with SEO for my website and in less than a month, he took my site from basically non-existent on google to being near the top with multiple search terms in my niche positioned at the top of page 1. He optimized my Google Business and Yelp pages to drive increased traffic, with results being seen almost immediately. Additionally, he went above and beyond the scope of the project and gave me invaluable advice about web hosting and then helped me migrate my site to a host of my choosing.In about 3 weeks, I am already seeing results in terms of increased traffic on my site and this has resulted in increased business for my practice.Last thing to say: I have had numerous subpar interactions with freelancers to the point where I almost gave up on using the platform to find someone to help me with my project. I had one freelancer give me my own website as an example of his fine work (and then claim a misunderstanding when I called him out on his dishonesty). When I first started talking with Phil about the project, I looked up his reviews on Google Business and thought that there was absolutely no way these were legitimate reviews. I went so far as to call one of Phil’s former clients- a lawyer in New York- at his office to confirm that he was real and that his review was legit and, despite my call resulting in me accidently waking him up on vacation, he reiterated that Phil was the real deal and that I should absolutely hire him. I am so glad I took Mr. Solomos’ advice.Phil consistently delivered on everything he said he would do, provided honest advice and feedback, and gave me so many reasons to trust his word and his work. I will hire Phil/iDesignYours again for any project I have in the future.

I am Attorney Jimmy Solomos, founding partner of Solomos & Storms, PLLC. I am pleased to say that the results I got from this SEO job were extraordinary. My website and Google Business listing were at the top of page 1 almost immediately. This is the first time we hired anybody to do SEO, after speaking to many relentless telemarketers from overseas. I can not be more pleased with all the interactions I had with Phil, and how reliable and trustworthy he is. I gave him my information on my web hosting account and he treated them with the utmost of integrity. White glove service. He even travelled to my office to take pictures of me and the interior of my business, without asking for any additional fee. I’m a little reluctant to write such a great review, for fear that he will become so popular he won’t have time for my projects anymore! I would not hesitate to hire Phil/ I design yours again, and would highly recommend him to any law firms that need help with web design or SEO. In a word, amazing!

Very pleased with the work. He promised results and delivered them immediately. Truly amazing effort and recommend them to anyone that needs assistance with their web presence.

Overall a great experience with Mr Phil!When I was first looking for a web designer, Phil reached out to me and walked me through his process and how he works. He described in detail how he can help me with a website and what that entails. Once he started working on the website, he would be in constant contact with me throughout the entire process. He always worked around my schedule and our phone calls always took place whenever I was available, even if it wasn’t convenient for him!He would always check with me to make sure I was getting what I wanted and that we were on the same page about what needed to get done to make the perfect website for my business. Even after he was finished he helped guide me with hosting services and google business page setup!The website came out stunning and looks incredible!! I am very satisfied with what I got out of Mr Mann and his team at iDesignYours :)I got substantially more than what I paid for in terms of a professional looking website as well as SEO and everything that is included in web design. It’s been a real pleasure to work together with Phil and he is someone that I would recommend for anything ‘digital marketing’.“Mann is the man”

Jeffrey Kreisberg, Founding Partner Kreisberg and Maitland LLC.I am a labor and employment lawyer with over 45 years of experience, so I was deep into my career before the internet was born. While I readily understood the need and value of having a website for my law firm, I had neither the training nor any interest in building one.My partner and staff took on that job, but despite their best efforts, they were repeatedly frustrated by companies large and small, that failed to deliver on their promises and failed to deliver an acceptable website or effective website optimization. So we spent and spent, largely just to spin our wheels in frustration. Then all that changed when a client introduced us to iDesignYours. With remarkable speed, effective communication, and driving dedication, iDesignYours quickly pieced together the best elements of prior failed attempts, put in useful upgrades, guided us as to content, and got us up and running with a website that has drawn nothing but compliments.If it is possible to be diligent to a fault, that would describe iDesignYours. Philip Mann was relentless in in both guiding and driving us to success.He made the process simple, understandable and reasonable in cost. We were lucky to find iDesignYours, and categorically recommend them to any small business seeking professional results, prompt service and reasonable cost. Stay away from the big boys and choose this boutique law firm marketing company.

Top-notch service and a professional and quality product. Very easy to deal with and responsive to all requests and communications. Highly recommended!

Do yourself a favor and talk to someone who knows his stuff and can help you make the right decision – this stuff is confusing and there is lots of misinformation out there … be safe , dont waste your money and talk to Phillip