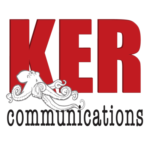 Ker Communications is a digital marketing and SEO company located in Pittsburgh, Pennsylvania. We are all about promoting your business online with legitimate search engine optimization, inbound digital content marketing, purpose driven websites, social media and sometimes print media, direct mail and other advertising and promotion methods working together for the most effective results within an affordable budget.

Wanting to trade for a long time now but I have not been able to make any profit. I saw a review on a page about mrs victoria crypto and I must confess that she is the best trader. she managed my account after I invested $500 I got $6,000 in a week. Wow You too can be a testimony today and you can make good profit too. Her email is WhatsApp; +13153028202 email; [email protected] Thank me later.

I made my own website and it looked and worked like it. Ker Communications brought my ideas to life.Thank you!

Got my website built by Ker Communications and can’t say enough good things about it. I especially like how Nick did a lot of the important things that the other guys charge extra for.

Would not recommend using this company. They were hired to do a three month seo audit with an option to continue once the audit was completed. We never received any of the reports we were promised from Nick after the 3 months. We reached out to him multiple times asking for him to provide the reports we paid for and he promised he would correct the situation. Months later, we still have not received anything from him or heard from him.

Nick helped me identify errors on my website that I wasn’t aware of and as a result could then try and correct them. He was very helpful throughout.

As part of a re-branding project, my company hired Ker Communications to design a new company website from scratch. We are extremely happy with the results and the process went very smoothly. We worked directly with Nick Ker throughout the entire process. He was very responsive and accommodating to the specific needs of my company and he made sure our new website fit like a glove. We’ve chosen to continue working with Ker Communications for our ongoing marketing needs and we enthusiastically recommend Ker to others.

Did a fantastic job of fixing up our web site which now gets way more visitors. Very helpful and did not give me the run around when I had questions.

Outstanding! Had Ker do an audit when our old SEO agency got us in trouble. I should have done that sooner. I learned that our $10K website had so much wrong with it from the start and our $6K a month SEO company NEVER got the results we got from just the first consultation with Ker Communications. Now we have hired Ker for all of our marketing and website needs and I am so glad they’ve got our back.

Put my business on the map – literally! I signed up with Ker for the local plan. In just under 2 months, our website and map listing started showing up at the top.