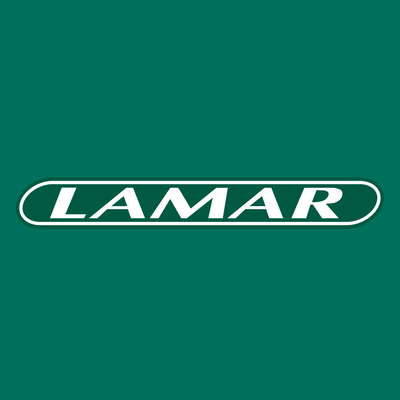 Founded in 1902, Lamar Advertising Company (Nasdaq: LAMR) is one of the largest outdoor advertising companies in the world, with more than 348,000 displays across the United States and Canada. Lamar offers advertisers a variety of billboard, interstate logo, transit and airport advertising formats, helping both local businesses and national brands reach broad audiences every day. In addition to its more traditional out of home inventory, Lamar is proud to offer its customers the largest network of digital billboards in the United States with over 3,000 displays.

Hypocritical! Apologizes for your mistake but make excuses for saying abortions are blessings!

No I do not recommend this company that has allowed messages of division and evil across our country!!

I give you a one star for the sign in Marshall Texas and it’s horrible message about abortion being a blessing. But I give you a five star for not caving and letting that organization exercise their first amendment right. BLOCK THAT

Allowing one of your signs to display the message that abortion is a blessing is completely unacceptable. Please consider taking them down. #MarshallTX

The billboard said, “BLACK AND BROWN FOLKS BUILT THIS COUNTRY (AND WE’RE DOING IT AGAIN) JOIN US OR GET OUT OF THE WAY!” DON’T JUDGE BY THE COLOR OF THEIR SKIN, BUT BY THE CONTENT OF THEIR CHARACTER”. …”DON’T CALL ME BROWN!” I’m LATINA and I have been living in Idaho for 10 years. Personally, I feel very disappointed with the offensive and racist statement on the Billboard. The statement incites criminal activity. Generalizing and claiming that we the Latino and African-American community will become violent and going against the city, the people and police who don’t share that message. Don’t try to fool us and PUT US AGAINST ONE ANOTHER. Companies should support messages that bring people together and create a peaceful atmosphere. Please, don’t try to pollute this beautiful State and City. I love this country as much as my country of origin PERU. I’m 100% believer if you want to succeed you need to work hard to reach your goals. This is a free country with a lot of opportunities for everyone who desire to get ahead. Coming from a third world country, let me educate you; there are no excuses here in the USA to be poor or play the role of the victim. WE ALL BUILT IT and continue. EVERYONE has the opportunity and liberty to become an entrepreneur or work for others. A company doesn’t operate without CEO’s and WORKERS. This is a TEAM EFFORT where everyone puts in place their skills, work ethic and POWERFUL desires to build a better world/country. So it’s important to be GRATEFUL for the freedoms and opportunities that we have. Focus on positivity and the good around you. Defunding the POLICE and their resources is unsafe. I believe that most of the Police are good people, who put their lives on the line to protect us daily. This remind me back decades ago 1980’s when the police and armed forces in Peru protected us from a terrorist group. That Communist Party of Peru (PCP) sowed chaos, misery and death into the people lives who didn’t want to share their ideologies. Properties were destroyed and businesses were consumed in fire. The people with low incomes were by far the most affected. After analyzing and compare the political parties here and in Peru, I believe firmly that the party who uses words like, victim and racism lack new ideas and want to create only violence and fear. This is a way how they want to manipulate and control us. They don’t care about the people. They only care about POWER. GOD BLESS US EVERYONE!

Lamar advertising (under the cloak of freedom of speech) Advertises for the Lilith organization, a sign that states “Abortion is Blessing” with no regard to the children that may already feel they are burden or have low self esteem. They can see this sign and think “maybe it would have blessed my family if I had been aborted” Shame on you Lamar! You now have innocent blood on your hands.

Supporting and promoting racial division is not okay

I don’t recommend a company that blatantly encourages burning of police cars and murder of unborn children. Could not, would not ever recommend.

Takes money from hate groups and advertises for them. Then changes their mind and says that they didn't check the ad before it was put up. Damage is done! Boise Idaho