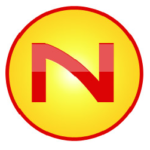 Based in Denver, Colorado, Native Rank is a performance-driven digital marketing agency with a track record for generating great results in an array of industries across the globe.

Terrible company, cannot even setup a meeting and send the invite out on time. As soon as you speak to them they capture all your information, and bombard you with emails and calls, from multiple different people that obviously do not collaborate together to realize that we will never use this company.

Don’t waste your time with this company. They pressure you to sign their contract and once you do they will never talk to you again. The VP REFUSES to return calls/return emails. The sales people read off of a script and will screw you out of your $. When you decide to cancel, they remove content off of your pages in which you paid for. We are in process of filing lawsuit with this crooked company. Don’t waste your $ with this company. They do bait and switch and don’t deliver product . We have been with them over 6 months and NO SEO is on our site!

Do not hire this company , do not sign any contracts with them. They do not know what they doing , they build unprofessional website that they refused to fix it .Their SEO is not working and we did not received single lead. Decided to breach the contract , same day they suspended website that we paid for last 4 moths .Another SEO scam company that you must avoid it.Will make sure that our hired attorney recover fees charged for not doing work promised to us. We are also reporting them to Colorado attorney general .Stay away from sales calls by Native Rank , you will save money and stress dealing with unprofessional behavior of these people.It so sad that companies like this can exist.

After an initial 5 star review, I had to change it. My contract was up for renewal and I couldn’t justify the monthly cost anymore as I run a non-profit. I was initially told that I would be able to keep the website that I paid to have developed, but when the contract was terminated, Native Rank deleted my donation page. They said it contained proprietary code, but it was nearly identical to another form submission page on the same website that remained. When I complained, I was told to contact their Attorney! Their solution was for my foundation to pay them to rebuild the form they deleted. Caveat emptor. I had to completely rebuild the website.

Native Rank has been my business partner for the past year and it’s been amazing. I get value for my advertising dollars.

They help me run a highly targeted online advertising campaign and it has paid off. My web impressions are up and sales are on the rise too.

My Instagram page also acts as my main business site, but I was struggling a lot to grow my following. A close friend introduced me to Native Rank and they have helped grow my following tenfold. My business has grown a lot since then.

Their services are affordable and highly effective. Growing web traffic by 100% in two weeks is not easy but they helped me pull it off, and it was all within budget.

The worst company I’ve ever worked with in my professional career in any sector. Can’t stress enough to stay away from them.

I retired at 35 all thanks to Native Rank. Since I started using their services in 2019, I have managed to build three high traffic websites that generate me a good income monthly.