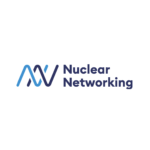 Nuclear Networking is an online marketing and marketing technology company with locations in Atlanta, GA and Denver, CO. We boost marketing ROI up to 300% faster than competitors – delivering >4X – 5X returns.

Tyler and the team at Nuclear Networking are top notch. I highly recommend for digital marketing needs!

5 years running, and I still know I can turn to Nuclear Networking to take care of my clients and help them achieve positive ROI and a great experience. Highly recommended. Thanks Nuclear!

I have had nothing but great experiences working with these guys. They are very professional and highly experienced. I will only trust them with my online marketing.

Don and team are really focused on ROI!

Working with Tyler at Nuclear Networking has been outstanding. They’re an extremely data-driven that helps maximize results. They’re communicative, hardworking, creative and analytical. I would recommend Nuclear Networking to anyone trying to grow their online presence.

I’ve really enjoyed working with Nuclear on several projects at our agency, Oh Hello. Much of what we do creatively overlaps with the digital work that their company does and every time that we need something for a client, whether it be digital analytics, competitor analysis or a PR launch through the newswire, their team is ON IT. I get a response within hours with a plan of action, the stats we need and ideas on implementation for our client. Follow through is HUGE in our industry because marketing moves fast and things change every day. Nuclear’s team is quick on their feet and communication is great.Also, they do great work for clients on the SEO side. We are always 100% confident that our clients are in the right hands when they need to increase their presence online. We’ve seen the results that Nuclear delivers firsthand. They rock.

These guys are the real deal. Very good in explaining things. I have a company that makes cable deck railing for homes and struggled with getting in front of potential customers. They gave me competitors key words and let me decide which words I want to rank on. This I believe does not always happen however they moved me to the first page of google for my requested key words in just 4 short months. This is the interesting part. The visitors to my website increased ever so slightly however they are what I would call cleaner visitors. My emails and phone calls are 5 times as many as before I hired Nuclear Networking. Don’t be afraid to hire these guys. I went through a ton of SEO guys before finding these guys. Thank you Clint from Mailahn Innovation

I own a small consulting business and contacted Nuclear Networking early this year with a very specific objective and problem. Our website was getting good traffic but we weren’t converting enough traffic into leads. I knew that our problems were due primarily to major website messaging issues as well and the design being too confusing. I was very clear with Nuclear that I needed help addressing these specific issues, and even took the time to meet with them at their office to discuss in detail.They assured me that they understood the request and would address and solve the problems with their services. After reading their proposal, I followed up again with clarification questions, etc, and was again assured that they understood our needs and could help.To make a long story short, after agreeing to work with them, Nuclear went in a totally different direction with their services (SEO driven, not “messaging” directed) and after spending $8500 with them over 3 months, they actually told me, “you have a messaging problem so we’re referring you to another marketing company to address it, because this isn’t what we do.” Unbelievable, but true…..In addition to their total failure to meet my original needs and their commitments to address them, our traffic actually decreased while working with them (even though they focussed all of their efforts on SEO), and our lead and conversion rate never improved.Their website promotes “case studies” where they claim to have greatly increased traffic, lead generation, ROI, etc., but we saw none of those benefits.They provided reporting which claimed to show improvements (similar to what I get for free from Google Analytics), but as I tried to explain “ I don’t care about reporting and data, I care about getting increased leads and conversions.” Same thing I told them originally during the sales process.At first they assured me that improvements would be seen within 45 days, but then when that didn’t happen they changed their story to “wait until 90-180 days.”We fired them around 1.5 months ago and have actually seen our website traffic increase since then by simply following the blogging strategy that I’d been using prior to hiring them.Bottom line, they totally failed to LISTEN to our needs during the sales process, sold me a totally different solution, failed to increase traffic or leads, and then refused to accept any responsibility.Based on our experiences, I would not recommend Nuclear Networking.REPLY TO NUCLEAR’S RESPONSE BELOW:- No need to ensure that names won’t be disclosed if someone contacts Nuclear regarding this review: I’ve already put my name on it and completed the review using our company account, name and logo.- The response still fails to address my main issue: the fact that I contacted Nuclear asking for messaging help, not SEO, and that after spending $8500 and 3 months of wasted time, Nuclear referred me to another agency after finally acknowledging that they couldn’t help with my original request. I see nothing in their response that addresses this issue…..- I’ve been in B2B sales for just over 25 years, since before starting my first business in 2003, to date. I learned long ago that LISTENING to client needs during the sales process is critical to success.- Not only did they fail to listen during the sales process, but afterwards when I: 1) sent an NDA prior to turning over proprietary marketing information 2) met with them at their office to discuss that marketing info, and how they planned on deploying it to the website 3) exchanged several emails and calls in the weeks after trying to follow up when it wasn’t happening…This info had nothing to do with SEO, & everything to do with messaging..- Finally, our 2 primary SEO KPIs were in the 3K range/month while working with Nuclear (we were as high as 5k prior..), and since firing them we’ve risen back to around 4.3 – 4.5K/month in recent weeks using consistent blogging and video content strategy. This is what really drives SEO performance….Thanks for reading.

These guys and gals are the very best. I cannot say enough about the wisdom and efforts the Nuclear team puts into every project I work with them on. 10/10 would hire again and again.