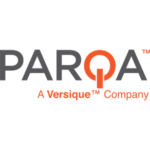 We are a digital marketing agency with a passion for helping companies grow! We help our clients’ brands become more visible online, which in turn helps drive traffic to their websites, builds brand awareness, and drives more clients or customers to them. We use a variety of proven digital marketing strategies and tactics including blogging, social media, PPC (pay-per-click management), SEO (search engine optimization), and more – all to help our clients achieve their growth goals.

I (Kate) interviewed here in early Spring, 2019. It was easily one of the worst, most uncomfortable positions I’ve ever been in. I interviewed initially with the Account Manager and her Direct Manager at the time. Great experience and connection with both of them. I felt that my experience transferred over to the Account Manger position. I had my first interaction with Jared Hummel 1:1 in his office. It was slightly uncomfortable and he was dismissive working on other things while I was speaking. I didn’t mind at the time. Ultimately, I was invited back for a second interview in which case I interviewed with Kelli and a gentleman on the Digital Marketing team. Great experience. I was so excited.They suggested I consider a position on their team and think on it. I thought this was great – they saw something in me where I was interviewing for one position, and then being considered for another. How ideal! I then had my second interview with Mr. Hummel. If i could have gotten up and left during this interaction, I would have. I sat through a man with his ego telling me he didn’t know why I was interviewing there. He didn’t know why I thought I could chose between jobs they were offering. He didn’t know why I thought I could see myself at Parqa. It was extremely insulting. I would have never dreamed of sitting through a portion of time where someone thought that was okay to speak to someone they don’t know the way he did. Why would you invite me back for a second interview if you thought so poorly of me?Anyway – never again will I consider working for a Marketing / Staffing Firm. I have been in Marketing for a private company for a little over a year now and was promoted 8 months into it.

We retained Parqa to help us develop content for our career site. We had a vision of what we wanted to achieve and it was important that we captured the spirit, culture and values that are the hallmark of our company. Kelli and team worked hard to deliver for us. They were extremely receptive to feedback as we refined the content and it led to a result we’re all proud of. They also went above and beyond what was expected to ensure that we were squared away with images and video for an exceptional user experience. Parqa proved to be a great partner for us.