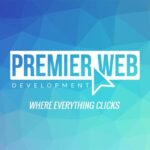 We have been in this business long enough to see that almost everyone starting an online presence for their business opts to build their own website first.

Premier did a great job on my website. They are very responsive to my ongoing changes.

We interviewed 3 companies before choosing Premier. They ranged from the extreme high end to low end. The high-end company had consisted of multiple offices and conference room with a lot of developers in bullpens. They had what seemed to be an impressive process. Lots of expertise. Got the feeling though that the process was very rigid and that the cost could increase if we had too many changes.The 2nd company was a home-based business with mid-range pricing. They subcontracted out most of the work around the globe. So they had access to a lot of experts, but seemed like this could slow down the communication process.The 3rd company was Premier Web Development and happened to be the lowest price. The had a commercial office space with conference room shared by 3 people. It wasn’t the price that moved us to select them, because we were leaning towards the higher priced company. Jay and Chase just gave us a good vibe.Premier Web setup a temporary test site. We used very detailed emails with screen shots and a few phone calls for the communication process. OneDrive was used to share files. They were extremely responsive to every communication. We had a lot of unique custom features. Even though the project turned out to be bigger than they estimated, they kept plugging away with no effect on price. We only met with them at the beginning and end. During the last appointment they gave us some requested basic training on WordPress and took them to lunch to celebrate. We wanted the WordPress training because we have the in-house expertise to make future modifications, just didn’t have time for the entire project. We feel that even if you didn’t meet with them, that it wouldn’t affect the project.We quickly discovered that their company philosophy is in line with a lot of our own. Don’t get overly locked into timelines, because it’s the quality, service and support that really matters. Very conscientious! They knocked the project out of the park! We’re really spoiled now! We give them the highest recommended!Thanks guys!

I am beyond pleased with the level of customer service and quality of the website Jay and Chase put together for us. I dread working on website projects, but these guys made it easy and pleasant. I highly recommend you give them a call. Thanks guys!!

I work alongside Chase and Jay to meet to goals and expectations of my clients. They are knowledgeable, creative, innovative and offer solutions to best serve the desired outcome. They are responsive and offer quick turn around with expected delivery times. I truly enjoy working with them and the stress free work environment they offer. Thanks to the team at Premier Web Development for all you do!

These guys stand out against the background of pixel pushing primadonnas you find these days. They do quick work and have an attention to detail… two things that are hard to come by in web development. Thanks fellas!

Very good service and amazing work! Thank you and look forward to the next project.

Premier Web Development was professional and thorough. I would recommend their web development services. I am very satisfied with my website and their ability to meet our customized requirements.

Jay at Premier Web Development has been a pleasure to work with! Having a URL available to see our website go from start to amazing every step of the way was incredibly helpful to our new business determine our branding image. The final product came out better than we ever imagined! Between the website, paper click and SEO, we are excited to see where Premier helps us take this new company!

Premier Web Development has done a fantastic job creating the website for Synergy Pain Relief Center. It is very easy to navigate, looks beautiful and came out better than we imagined! We are very pleased with how our site turned out. 🙂 We’re hoping to attract many new patients online with our amazing new website and Pay Per Click Services through Premier!