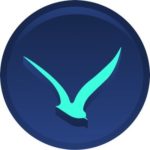 A web services agency based out of Boston, MA. GoDaddy Pro partner bringing great ideas to life with WordPress. WooCommerce experts for e-commerce.

Seahawk did a great job on our website redesign. The team excelled in the areas of communication and customer service.

Absolute let down company. Made empty promises and never delivered what was promised. Stopped answering phone calls a and emails after money was paid. Please do not use this company as you will lose your money and only be disappointed with the bad service.

Seahawk was great to work with. They easily adapted their original plans with our company to tackle unforeseen obstacles during development, and then maintained that relationship post launch to ensure our website’s success

Highly responsive and adaptive team. My vision for improving my website was particular and my needs are very specific. It took a bit of patience to find how my work style fits with their workflow, but once we found our rhythm it was a very smooth process.

I had very particular needs in improving and relaunching my website. The Seahawk team worked very patiently and implemented everything I threw at them. Initially getting into their workflow was a challenge for me, but once I got a feel for how to best provide them feedback and edits, the process became very smooth.

Seahawk Media helped construct the framework for my travel blog melissmeetsworld.com. Even though it took much longer than anticipated, Vasu was easy to keep in contact with. I’m not sure how the company is set up, but I’m still waiting for Ryan to get in touch with me, can anyone help me with that?

Rejuvalon Skin & Spa chose Seahawk Media to update and relaunch our website. Our site had been created in 2007 and was not responsive. Vasundra and Gautam (sorry there were others that were very helpful also) were extremely easy to work with. They also were good at taking my direction and making it happen. I would highly suggest working with Seahawk Media to anyone who needs a recommendation.

Initially, I just needed help setting p the sales tax and postage for my newly designed WordPress site and Vasundhara Gupta got that done right away. Then I needed help with some downloadable ebook files and his patience never waned when I went back on forth on what I wanted – and eventually decided against making the files that easy for people to pirate. He was great! If Vasu is any measure of the kind of people Sea Hawke employs, no reason to look further! Excellent service – knowledgeable, accessible and friendly.

You guys rock! All the issues that needed fixing were fixed and Vasu never lost patience with me – even when I kept vacillating back and forth on the downloadable ebooks. Great service from a great company. Thanks so much!

Long story short, for what you are being charged and how long the development cycle takes, you’re better off using a free WordPress template and make the site yourself. I had tired this group to build a website for me as my old website was looking dated. They had previously sent me mockups that on the surface looked good. Then the delays began. Each time I was promised a working demo version by a certain date, it was never ready by the date they gave me. I had to keep asking for an ETA, and kept being told tomorrow until a full week had passed. Once I did have a demo version, it was riddled with typos that were not fixed from the original mockup (that I had already pointed out). Design elements were not consistent through the demo. Some text had text boxes, some didn’t. Some text boxes had a solid background behind them. Some didn’t have anything except the blank white background. There were random lines throughout that I assume were meant to have an aesthetic purpose, but because there was no consistency, they looked liked accidents. The demo loaded incredibly slowly, and that’s before adding any of the usual WordPress plugins I would need for my site. Images were placed haphazardly throughout the site: some with borders, some without borders. There were empty spaces where there should have been text. They didn’t understand when I was trying to explain resolution scaling and how the website didn’t look good on certain resolutions. It’s like they didn’t know how to use templates and build on them, nor did they seem to know what made a website look good, or load efficiently. I’m giving them 2 stars instead of one as every exchange with them was very professional, and Vasundhara specifically took lead and tried to get things under control, though unfortunately failed.