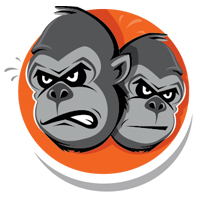 The SEO Gorillas team is a global full service digital marketing agency with our main offices located in Canada and USA and when this team of gorillas came together we didn’t just name our company as a cute gimmick, we earn the name SEO Gorillas every day because that is exactly what we are.

Self Stor has been working with SEO Gorillas for years!

SEO Gorilla promised me all kind of great results for my website at the commencement of our campaign. In 4 months, I spent $4K with this service and my rank fell from 3 to 6; in some other cases I had multiple pages ranking high; now, not anymore. It was frustrating working with Imran. On one hand, every time I told him about my concerns of my diminishing web rank, he would gaslight me and tell me that my rank and traffic was increasing. He would send me reports that were not grounded in reality. My own reporting and test did not coincide with his reports. Imran was also very unprofessional. A vendor and customer should be able to have an honest and non-emotional conversation to discuss issues. Instead, when I questioned his results, he would tell often me he was offended. This became a tiresome because I felt he would try to squash legitimate discourse. Later when I pushed the issue of performance, he seemingly started crying and told me his mother died to explain.... I don’t what. It seemed more like an excuse. Maybe I’m heartless, but he bringing that up seemed to be irrelevant to my legit business concerns. I am paying for an SEO service and I need him to deliver on it. My website is going to hell on his watch and I need him to fix the problem. I asked him twice to provide me a list of the changes he made to my website and he did not do it. When he finally did, it was miniscule in scope. I have no idea regarding the extent of damage he did. I am going to have to spend a lot of money to fix the damage done by this SEO vendor. I regret using them and I definitely do not recommend this company.