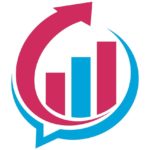 We are a #1 SEO and search optimization marketing company who works with local and small business owners and church’s to drive massive improvements in their membership and business using free traffic from search engines. As a premier SEO consultant, we have clients around the country including Phoenix, Scottsdale, Tempe, Gilbert, Chandler and more.

SEO has always been a black art to me, it’s always been difficult to understand what I am really getting when I’ve dealt with other companies. But not with SEO Ranker. After I completed their input form, Mark called to explain that they don’t do SEO – instead they build brand authority campaigns. By focusing on traffic, content/social and site conversion, I am seeing results that with previous agencies I did not.

Reviews are always difficult to write but this one is easy, I’ll keep it short and to the point. This company knows how to drive traffic on Google and the impact to my bottom line has been meaningful. Highly recommend.

What can I say, Mark gets the job done. SEO is often presented as something a webguy can do, and as a small business owner, I burned thru 3 different web developers before I realized that I needed a real SEO consultant. I met Mark at a networking meeting and I can say his results and the testimonials on his site speak for themselves. SEO Ranker Agency is the real deal and I highly recommend them.

Long review alert! SEO, what the heck is it? This was exactly my question when someone first suggested that I needed to consider SEO to my site. So I searched Google and of course found dozens of agency’s in my market all with equally impressive claims, but after an hour of reading sites I picked up the phone and called a few. This is where my eyes were opened. One of the company’s I called tried talking me into an expensive audit which would allow them to propose how much this so called SEO would cost me. I asked the sales rep. You mean to tell me that I get to pay you to give me a quote? I think you know what his answer was, but mine was a resounding, no thank you! Then I found a company which was happy to give me a quote and explain a little about what they would do. Yet I still had many more questions than answers… so I kept looking. Finally, I found SEO Ranker Agency and frankly I am so happy that I did.From their site was an option to request a free analysis of my site. This was available completely without any contact with the company, which I preferred since I had no idea what a site analysis was and really didn’t want to speak to someone without some understanding of what they were referring to. After about 15 minutes I was emailed a 14 page report with more information than I could possibly digest, but what really blew me away is that the report included actionable things I could do on my own if I had the knowledge and experience.Just 24 hours after receiving the report, I was sent a pleasant email followed by a call from Mark. Once I got on the phone with Mark I knew this company was different. He was incredibly professional and confident. But it was the video Mark sent me as a follow up to my SEO analysis that closed the deal. Mark said that he has discovered that when he does a website review in the office using the various tools at his disposal, he’s always able to talk with much more specificity than in an office or coffee shop. This is because he can demonstrate traffic patterns and keyword rankings, content issues, etc using real tools. So the idea with the video is for him to narrate live what work needs to be done on the site and how that will translate to increased revenue. The translation to real revenue is what the other company’s had failed to demonstrate. Mark showed me how for every dollar I paid him, I could expect as much as six dollars back in new business and this was enough for me to commit a significant part of my marketing budget to SEO and internet marketing. And I can report that the early results are extremely promising and they back up everything he claimed (and more).

I have worked with many marketing companies of different flavors, throughout the years, and frankly SEO Ranker Agency is on the short list of the most professional I’ve ever encountered. They know marketing, have an incredible command of the latest methods and techniques, and they deliver. This company’s focus is SEO and Internet marketing, but what they can deliver with social and content marketing is pure gold. I recommend that you talk with SEO Ranker before hiring anyone else. They are that good.

Writing reviews is something I don’t general do, not because I don’t value them, but because it seems rare that I can say anything new. All reviews seem to go like this, this company is awesome… But in this case, I am happy to report that SEO Ranker Agency is awesome. I have extensive experience hiring SEO consultants and have even dabbled in the area myself, and what I’ve discovered is that not all firms are equal. Which is why I felt compelled to write this short review, which in summary says- SEO Ranker Agency is truly a top tier get it done search engine optimization company. You don’t need to mess around with anyone else. Give them a call.

I can highly recommend SEO Ranker Agency to any company looking to move their site up in the Google rankings search results. This company delivers on their promise to move sites from the bad neighborhoods of Google, you know, page 3 and below – to the good neighborhoods (page 1). I was blown away with their presentation and professionalism, but most of all their testimonies. When I saw their corporate marketing and consulting experience and background, it was clear to me that they could deliver and they did it.

I am 100% certain that SEO Ranker Agency will put you in the best position to capture more free web traffic than from any other source. If you want more local customers, don’t miss out, call SEO Ranker. I highly recommend them.