Learn with Silicon Valley Innovation Center how to SEO grow your business through technology innovation. If you are trying to decide how to take your company forward amid tech-led disruption, then look no further. At Silicon Valley Center we have been working with the world’s corporations for more than a decade. We help them connect to the innovation ecosystem, partner with disruptive startups and find the path to growth through digital transformation. Disruption touches all industries. Learn how you can stay ahead of the threats and turn them into opportunities when you join our five-day immersion program Leading Digital Transformation, a unique Silicon Valley experience for global executives

One of the best promising companies in developing institutions and profiles. I do recommend it so much..

This guys blew up my mind and gave tons of new visions! Must try

I would describe my experience with Silicon Valley Innovation Center as unsatisfying. I’ve participated in a so called Legends tour and it was mainly waste of time.We started with a presentation how easy is to be entrepreneur in Silicon Valley nowadays. Then it came time for exploring the gadgets and Tesla test drive. Among the gadgets there were a 3D printer and a drone that we were not allowed to touch, but we got the opportunity to experience the free Oculus Rooms app which became boring pretty fast. And the Tesla test drive was not actually a drive but a backseat ride. None of us was allowed to try the car from the driver’s seat.And after all these useless activities the morning passed and the real tour began. We went to have lunch in the backyard of a coworking space nearby which was described as a great place to start new business, but actually we didn’t see anything special about it. Next stop was the campus of Stanford University, which is publicly accessible. Of course we had guided tour on which we’ve learned nothing more than the information from the university’s Wikipedia page. Similar was the walk through Googleplex, where we even had to hurry, because we were behind schedule. And finally we had the chance to enter the Apple store in the Apple campus, which is not much more than any other Apple store despite the scale model of their circular building.Probably, this tour would be very interesting for people that don’t have free access to the Internet and don’t know what happens in the world of technologies. But it is almost pointless for anyone who’s able to drive themselves to these freely accessible locations and read a few things about them online. For having interesting tour with special access to the offices of the big companies and learning exciting things about them, I recommend searching somewhere else.

Redefining the toolkit and how important the key words of TEAMS still has arole and a value.

Had an amazing experience visiting and learning from many valley’s companies. 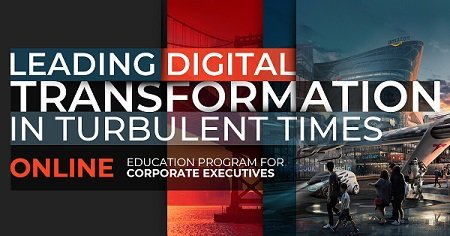