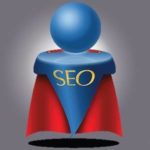 Our company’s site was hit by a Google Manual Action. The team at SonicSEO was able to help me get the situation resolved. The service and the solutions were top notch.

Thank you for your service’s!

I have used Sonic Seo for many years. Throughout the years I have needed to make changes & updates to my site. They respond quickly and professionally. Whenever I have questions, they always take time to answer them. They have always been very helpful and prompt. Their staff is truly amazing. I would highly recommend them for all of your website needs.

Thank you for your services!

A complete waste. I have a small but complex website and had tried a few freelancers to make changes and update my website but was not having much luck, I finally decided to bite the bullet and pay the big bucks to have a local SEO company do the work, $13,000 later a complete waste of money. They did not follow through with the monthly meetings or most of the items they were to provide according to the contract. I was able to schedule a meeting with the team and dove the hour to their office and guess who showed up… NO ONE. I told my sales rep I was embarrassed for her as her and I sat in the meeting room alone. Rick had made a lot of promises and I took him at his word as he was also a Veteran and when I began trying to call him because the team was not following through with the things we discussed before I signed the contract only for them to finally tell me he is no longer with us I asked for contact information for the owner and was flatly told no.Around month 8 I asked to cancel the contract because they had not followed through with the promised results and was simply told no way finally on month 11 I told them I would continue to pay the monthly $1100.00 but not to touch my site in any way and not to do any additional work, I would take the loss just to get rid of them. To my surprise they did tell me I would not have to pay the final month. To sum up, a very disappointing experience and my advice would be to stay away from Sonic SEO. Very unprofessional and results were absolutely ZERO

As an independent restaurant owner, I needed an effective way to get the word out about my bistro and let people know they had access to a great French restaurant in Albuquerque. After careful consideration, I decided to invest in search engine optimization from SonicSEO. In less than a year, I have seen business soar as a result of people being able to find me online! SonicSEO, I cannot thank you enough for what you have done for my restaurant. Merci beaucoup!

This company Sonicseo is beyond rude and disrespectful using highly incompetent and flawed AI simulations to make hiring decisions for them instead of live breathing real people, also they are not an equal opportunity employer and they encroach upon the rights of individuals through slander and defamation of character telling more then qualified individuals that they are not qualified and state no reason as to how they came to that conclusion and is highly against equal opportunity laws and also the work they perform is amateur at best. The customer service was a 2/10 as who ever was on the other end didn’t seem to happy about their job and also seemed that they didn’t want to answer my questions thoroughly and professionally and was seriously looking for a way out the conversation. Don’t use this company if your an American Citizen or anyone else for that matter.This is a terrible company. Violating equal opportunity employer laws, Sonic SEO can go back to fascist Germany or communist china but need to bring their policies and bylaws in accord with the Republic of the United States of America.So sick and tired of these garbage companies.