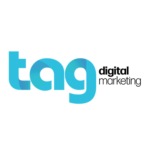 Super happy with what TAG has provided our health club! The team has been nothing but responsive and the follow through has been great. What I had multiple companies doing for me previously I receive all under one roof efficiently and cost effectively. It’s important for me to have good follow up and strong communication and Andrew and Tee-Ta are excellent with this. We had an extensive Open House campaign recently, and the team at TAG helped with digital, web, FB and e-communication to make it a very successful event. I highly recommend TAG as they’ve proven themselves a great partner in my business.

TAG did not provide the services described and outlined in their contract. We spent over $15,000 with them for services to be completed which were notTAG did not provide the services described and outlined in their contract. We spent over $15,000 with them and never had our website completed, didn’t have our social media properly monitored to name a few. We tried to work with TAG amicably and held strategy calls to ensure we stayed on track and received the services we were paying for. Our biggest issue was when we voiced our concerns or showed them where they were not meeting the minimum requirements we were told it was because we were either delaying the process or making too many changes. The changes we were making were corrections we had to make due to poor note taking, implementation, and choices TAG made after we went through detailed strategy calls. For instance on our first website landing page draft. After several weeks of waiting we received very basic clip art pictures for a background. We were expecting more from TAG and believe that they oversold us on what to expect and what they would help us with. To this day almost 10 months later we have not seen any increased revenue or traffic from TAG. Again we spent over $15,000 to receive 0 new members. The ROI for what we spent is more than disappointing it’s almost impossible yet it still happened. We asked TAG to prove that they fulfilled the contract 100% as described meeting the minimum requirements and if they could prove they met the minimum requirements we would be open to discussing further. Some of what we received were e-mails offering an expense paid vacation for the mishaps and to try and customer service the issue. The vacation was not what we wanted. We wanted either our money back or for them to fix the issues and deliver on their contract. All we received were e-mails pointing the finger at us or lengthy e-mails avoiding showing and proving what they actually did. At the end of the day we paid them for services outlined in a contract and to this day we still have not seen any increased revenue or traffic.

Andrew with Tag has been very helpful in structuring our companies marketing goal. He has been helpful and diligent in assisting my team to make our branding vision a reality.

What a great company! Did wonders for my business! Got our local listings up significantly and the staff is so friendly and they really believe in what thy do!

If you want your business to be found before your competition, use TAG!!!

What an amazing company…..they really know how to increase business