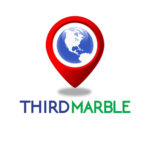 SEO for small businesses. We help small and local businesses get on page one with Google Ads and SEO. We are a Google Partner located in Richmond, VA and we’ve been in business for over 10 years. Typical clients include contractors, doctors, lawyers, home services and retail locations. We have some of the most affordable rates in the US and we never lock anyone into a contract. Our mission is to help local US economies by helping local businesses grow affordably.

Third Marble Marketing has helped my business get a lot of new customers! My business was not showing up anywhere on Google. Then I met Lizzie from Third Marble and she helped us with SEO. Now we are getting more customers and our dry cleaning business in Midlothian, VA is showing up at the top of page one on Google for multiple keyword phrases. Third Marble Marketing’s SEO services have proven to be highly successful for my business. We are thrilled with the results!

The team at Third Marble is absolutely outstanding!! From the beginning, Lizzie worked with me to understand my business and how I could make some basic improvements on my own. From there I worked with Nick and the website team to update my previously boring site to a clean and modern Google Optimized site. All of this with no contract commitment!! Months later Third Marble’s team continues to check in with me and my account to understand how my Ad’s and website are performing. It has been great to have a team of experts who are always ready to answer questions. Such a great value for my growing business. Thank you!

Lizzie is a consummate pro and as kind as the day is long! Let them help you with optimizing your business pages on the web to reach more customers, they will steer you in the right direction!!

Third Marble Marketing is my go to resource in Richmond, VA for SEO marketing and AdWords Management. As a website designer and brand manager it is my responsibility to make sure that my clients have the best services available. As a certified Google Partner, their team helps me with paid AdWords Management and Search Engine Optimization results to make sure my client websites are ranked as high as possible.

We hired third marble in January of 2021 to manage our google ads campaign for our pressure washing business. Since then, we have had frustrating interactions with our ad manager (Tim) as he was not able to give an explanation as to why we were having such poor performance out of our campaigns, which led us to have very little confidence in their abilities. Every monthly report that we received looked great on paper, but was not performing. So, we reached out for a second opinion to someone in our industry who is a google ad campaign manager at another agency and he was able to shed light on the issues and gave explanations for those issues and explained exactly how to remedy them. Our manager at third marble had us speak with the president of the company, Chris because the issues we were experiencing were “over his head”. Chris, the president of third marble, came off quickly in our one hour conversation as dismissive, arrogant, and very condescending which is the polar opposite of how we treat our customers. We feel so badly for those that have to work under his leadership and have to deal with those traits. This company has displayed only incompetency and a constant feeling of complacency with their performance.10/10 We would recommend literally anyone else.

Chris and the entire Third Marble Team have been an asset to helping grow my ecommerce website and business. Response times are faster than expected, always full of rich details and helpful information to make doing things easy. I would not be where I am at today without Chris and the team behind him. Thank you guys for your past, present and my future years of services.

Third marble is a great resource to me as a small business owner. Not only have they provided us with very affordable Google Ads Management services, but they’ve also helped us convert our website traffic to clients by helping us with our landing page. They know how to target the right clients for my business and they’ve helped me to put my best foot forward online. We have seen huge growth since we have started with them. With Third Marble managing my PPC, I know I didn’t have to stress over my digital marketing. I know I can trust the team at Third Marble. They are helping us to grow our business in 2020 and beyond. It’s truly a pleasure working with them.

They’ve been very effective, easy to communicate with, professional, and extremely knowledgeable. I have referred them to many of my colleagues who have also been equally impressed. I am thankful for finding Third Marble.

We just signed up for Third Marble and so far I’m extremely impressed. Katie Bonner listened and understood our need to advertise 2 businesses with totally different services and created a custom plan just for us. For months, she was patient and answered any questions we had. As soon as we signed on, we were greeted with an email from our account manager giving helpful information and we will soon be scheduling our meeting to discuss different goals to get the ball rolling. The prices seem extremely competitive and so far so good! Can’t wait to see the progress!