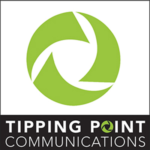 A team with passion and integrity!

From advertising campaigns to helping manage national media attention, the Tipping Point team has always been at our side. They’re a team of true professionals who bring strategic, partner-level thinking to projects and discussions. We continue to be proud of our partners at Tipping Point for their continued recognition by American Marketing Association and Public Relations Society of America for their outstanding work and the Rochester Area Business Ethics Foundation for their unwavering commitment to ethical practices and rock-solid integrity.

I’ve worked with Tipping Point Communications for more than 10 years. All of their staff are professional, experienced in their field, easy to work with and offer creative ideas when needed! Prices for services have always been on budget and projects, quotes, media placement etc. on deadline. They are consistently a pleasure to work with and it is more of a partnership than a vendor/client relationship. Tipping Point Communications truly cares about adding success wherever they can.

I would drop Waste Management as a client if I were you…WM is very unpopular in the Rochester area because of the mess they’ve made with High Acres Landfill. I would travel out to the landfill and smell it for a few days before you decide that you want to try and improve their image.

It’s time to acknowledge your PR firm screwed up big time in regards to High Acres landfill. I’d suggest you cut ties with Waste Management, unless, of course, you want to continue to be associated with lies and unethical business practices.

Several employees of Tipping Point asked to join a closed Facebook group under the false pretense that they were residents concerned about noxious odors emanating from High Acres Landfill. None of them participated in the group’s activities; instead they remained silent and gathered intel. Only after they were discovered did they ask for a two-way dialogue. Unethical business practices.

Multiple members of this company joined a private FB group under the pretense of residing in an area that is impacted by noxious odors emanating from High Acres Landfill, all the while partnering with WM to help spread lies and misinformation. After laying low in the FB group for months with no participation (no likes, no comments, no filing of odor complaints), they were called out for being moles. Once they were exposed, they asked for two-way dialogue and tried to justify their membership by saying they were local residents. This company uses deceitful business practices. They were never concerned residents supporting FAFE objectives, they were moles who were gathering intel to help better support their objectives on behalf of WM. And instead of cutting their losses and volunteering to leave the FB group, they doubled down on their deceitfulness and said they wanted a dialogue. They were given about 24 hours, and no two way dialogue occurred. It is ironic that this company was hired to help WM with their image, and yet they have done the opposite. They have tarnished WM’s image even more in the community. And while doing so, they have alienated 3k+ people even more, and have tarnished their own reputation. If anyone knows of a good PR firm, they should put Tipping Point in contact with them, because they need some help. Tipping Point – cut your losses now, just admit you’ve made some mistakes here and move on. Cut ties with WM because no matter how much lipstick you put on that pig, it’s still a pig. You shouldn’t help cover up their negligent business practices, intimidation, and false narratives. I’m sure it’s a big contract for you, but is the money worth it?