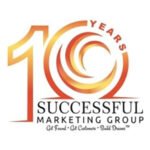 We work everyday, with the relentless commitment to positively change our clients’ businesses forever. We are ONLY in the business of helping our clients reach their personal goal – by helping them dominate their category and serve more customers. We are unique because we create full marketing systems for our clients. We handle all aspects of online digital marketing to give our clients a complete and cohesive online marketing system to help them achieve their goals.

We have worked with Glory and Successful Marketing Group for over 5 years. She is extremely knowledgeable about internet marketing and creating the best website design to help our business identify our needs. She and her team are also very prompt and very responsive.! Her SEO strategies are superior and her compassion to see us be successful meant the world to us. Glory has always been there for us; listening to our questions and ideas and suggesting the absolute best internet and website marketing advice. All of our online success is due to Glory and her team. I highly recommend them.

It is increasingly clear in today’s reality how important online marketing and an optimized web presence is to your business. I contacted Glory at Successful Marketing Group for help in improving my SEO and social media presence for both my design business and my partner’s women’s consignment shop. Glory responded quickly and delivered a thorough analysis and action plan to achieve our marketing goals, including videos, links, reports and charts illustrating and prioritizing said plan. She then followed up with a conversation to discuss any further questions. I would recommend Glory for all of your online marketing needs. She is knowledgable, detailed and patient in her explanations to someone like myself who doesn’t know all the online vernacular.

We recently collaborated with Glory on a new project and found the partnership created a top notch outcome and a client who was thrilled with the results. Glory puts in the work to make sure her clients’ needs are met and exceeded. We are very pleased to have a new work partnership with her and Successful Marketing Group.

My team worked with Glory and Successful Marketing Group for over a year and I’m saddened to say my business is still recovering from our horrible experience. We were told we would be receiving a custom website, extensive SEO and “reputation” marketing/monitoring. Our website never officially launched, despite us reiterating that we would be willing to add internal content after the launch and that having a site up and running was the #1 goal. Our contract stated that we would be receiving a myriad of reports and updates on performance and SEO, and we received never received a single “report” from Glory to increase our brand awareness (nor did we have any SEO happening as we tested on our own). To add insult to injury, we found out a direct competitor in the area was utilizing Glory’s services despite our contract having an exclusivity clause AND having been told by Glory herself that she had NEVER worked in our industry. She even stated she was excited to take on the new challenge. The competitor she was working for specializes in the exact same areas we do and the domain name she urged us to use was only a three letter difference from the competitors domain. We were having major issues with communication prior to us finding this out and since voicing our concerns and ultimately cancelling our contract, Glory and her company have made no attempt to rectify the issues or provide an acceptable remedy to the situation. This is completely unacceptable and unethical behavior and when we tried to address these offenses, there was no apology, but instead, she made excuses and blamed us for delaying our website with requested edits. After spending nearly $18,000 on services that were never received, we are still left without a website, a lot less trust, and a deep financial hole.

We have been extremely impressed with the rapid, sustained improvement in the organic SEO results that Successful Marketing Group has delivered for the Center for Aesthetics – our plastic surgery and aesthetic medicine practice. We have had other website / SEO companies promise the moon and not deliver. Glory set the proper expectations, did not over commit – then has outperformed. Her advanced internet marketing services and smart strategies have proven results for us. Glory and her team have done what they said they would do in time and budget. As a multi-state three location practice, Successful Marketing Group is meeting and exceeding our expectations.

Glory went above and beyond to understand who we are and what our marketing priorities should be. She has great insights and communicated well. Much appreciated!

Gave me great insight, and inspired me to try new strategies!

Glory is a marketing powerhouse with incredible insights. She audited my company’s website to help us create a roadmap to gain traction and attract more clients. With her help, we’re able to make the necessarily strategic steps to make our website work smarter, not harder. I’m excited to see how we grow because of Glory!

Glory and Successful Marketing Group have been a Godsend to our yoga studio MUUV. Glory’s knowledge of how to reach new customers and raise awareness for our offerings has been an eye opening experience. Glory has offered much wisdom as to how to best communicate to the public and has educated us on how to retain customers as well as let go of old ideas that were not serving our business any longer. We are grateful for the increased energy and business we have been experiencing as a result of Glory’s plan to help us grow our business. Thank you Glory!