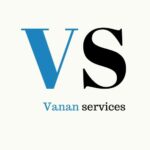 At Vanan Services, we provide professional Transcription, Translation, Captions, Voice Over & Typing services. Our team of professionals make it perfection looks easy. We offer unmatched assistance to all, with a primary focus on customer satisfaction. Our system is continuously under development and we are always learning new ways to serve better. . We are on a mission to build the world’s finest multilingual service and the best place to satisfy all your requirements under one roof.

After hiring them for their captioning services for a movie caption file to be uploaded to amazon video. I was quoted the total project price by the sales rep. When I received the invoice the price then changed to be more. This should have been a red flag, after some more back and forth they changed it to the price that was quoted. Shortly after I receive a message from one of their representatives stating that I would have to pay more for full translation services which would be a 50% cost increase. I had provided a script to avoid this cost which was worked out in the original quote. They carried on to convert the file to Amazon specs . I received the file and it was uploaded to amazon where it was rejected due to a UTF-8 encoding issue. I sent them the message error and they sent me a new fixed file. It was uploaded and rejected again. I then replied to them with the error and that I would like a refund and was not satisfied with their service as the file failed twice now. During the process of asking for a refund, they first told me that it would take 45 business days. I challenged this and they changed it and said 3-5 business days ONCE APPROVED. I asked if my refund is approved and they said they will review it. After 3 days of back and forth on this matter, they finally said they will not issue a refund and that if we wanted they would upload the file to Amazon and maybe that would work. I replied by saying on their website it states 100% satisfaction guaranteed or your money back and we were not satisfied. I asked them for a detailed description of what they actually did to the file. We paid per minute for over an hour of footage to have captioned and compliant for amazon, if no actual translation was taking place and the file kept failing what was this amazon compliant captioning service we paid for. I asked for a detailed description/explanation of what they did for our service. All they sent was the invoice line item with the description and cost. They offered little explanation and any they did offer was purposefully vague and void of any real detail. In summary, I would not recommend their services. I know there are issues sometimes and things don’t work, I get that. The way they handled this when asking for a refund was the worst I have ever experienced. They gave me the run around for days wasting my time and the time of others. They tried to discourage me by saying the process would take 45 days. They offered little to no detail on the work that was actually done. Don’t trust what they quote you if you negotiate on a price chances are there will be additional costs after the project starts to get to that original inflated quote.

I came across Mrs Peggy Abbott when she appeared as a guest on a Forex Podcast in USA. I was very impressed with her straight forward approach and the principles of her trading strategy. I invested $3000 with her company as a trial. I was able to withdraw a profit of $12,000 after some days. Mrs Peggy Abbott make this possible, do well and reach out to her for a secure investment too. Email: [email protected] WhatsApp +1(475) 295-1383

Exhaustive array of solutions; prompt and straight-forward answers. They found a perfect niche and they are surely doing justice to it. Vincent in particular took his time out to explain my options to me and he was very friendly and professional all through. I highly recommend and will use again myself.

fast, professional and great translation. It will save you from a lot of headaches

This is the third time I use their services and they make it so easy for you! Vincent provided a great service! I’ll definitely use them every time i need a translation.

I have had Vanan translate 2 documents for me and am very pleased. Sheldon was a pleasure to work with, quick to reply and my documents were swiftly translated and delivered. Will definitely use this service in the future.

I had a letter I needed to get done. Sheldon, provided excellent service. I recommend Vanan’s services!

Sheldon and everyone at Vanan had the best customer service and a quick turn around. We will definitely use them again in the future!