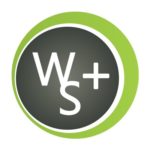 Web Strategy Plus provides a “one stop shop” full service digital marketing agency where all of your marketing efforts are tied together to drive more leads to your business. Our staff has a combined 30 plus years experience in design and marketing. We are committed to delivering exceptional customer service and affordable marketing solutions to meet your goals. Our home office is based in Cincinnati, OH but we work with companies across the globe. Whether you require a professional website or need help promoting it, we can help you with it all. Our main goal is to provide cost effective web strategies that drive results.

Web Strategy Plus is a great company with a knowledgeable staff in Marketing. I am very pleased with the website they’ve created which surpassed my expectations. If your looking for a leader in web design, you should definitely take advantage of their quality work, flexibility, and competitive pricing.

My session was canceled because the instructor was sick, but i still got access and the ability to reschedule the online demo on another Monday.If you book through event bright make sure you don’t confuse your login credentials

Michelle and her team at Web Strategy Plus are amazing. We are certainly getting a great bang for our buck. Highly recommend them as they know how to boost your business through social media.

I really had high hopes in working with Michelle after a friend recommended her company (the friend took the social media course). However, I was hiring WSP for developing my website and did not have a positive experience. I was sold one thing by WSP sales, then it was passed off to a project manager and a web developer (the developer is contracted out) as something totally different. I felt bad for her team (because it was clear they were not set up for success) and yet I still wanted to accomplish what I was promised in hiring WSP.Her business model and lack of communication is not my fault. The only saving grace was the very honest web developer who was contracted out. He had integrity, honesty, and also saw very early on that something was wrong just as I had. Michelle put her team in very uncomfortable situations when her and I had to negotiate how to proceed that they did not need to be a part of. Had Michelle taken responsibility for her mistakes, followed up with me personally when I reached out to her multiple times, and also showed some respect things could’ve at least ended in a very different place. We own multiple small businesses and I know things can happen. An owner’s job is to take responsibility and make it right, not worse.To top things off at the very end when my site was launched, Michelle tried to claim that WSP designed the website (they did not, I did) AND put a link to her website. Not only did she NOT ask permission, but they did this after I had given final approval of site content (the web developer who was contracted out did not make this update and had no knowledge of why it was placed there). After I voiced my issues with this being done and most of all HOW it was done, it was quickly taken down. I had reached out to Michelle personally but I never did hear from her on this and I think that speaks to how she handles client relationships, tough situations, and frankly how honest she is with her clients. Extremely unfortunate because I love to support small businesses especially women-owned businesses. IF YOU’RE NEEDING TO HIRE FOR A WEBSITE …I would not recommend WSP. They try to use a quick template (which you can do yourself), and the best person you’ll get to work with is a developer who is not a part of the company and who WSP has under a non-compete (for up to 2 years). JUST HIRE THE DEVELOPER DIRECTLY, be handled with care, respect, and things will be a lot more efficient!

I highly recommend taking a workshop with Michelle if you feel you need some professional expertise with your social media. Michelle is fantastic & this course was super informative.