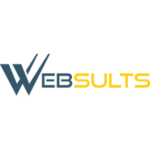 Websults® is a web design, SEO, and digital marketing agency that offers custom website development, innovative optimization, and digital marketing solutions. We deliver results because we approach web projects from a business perspective with the goal of providing our clients with a distinct competitive advantage in their industry. We work with clients in Nashville, Tennessee, Tampa, Florida, central Texas and around the world on website and digital marketing consulting projects. We have delivered custom-tailored web solutions for numerous clients including Central Parking, Vanderbilt University, Kotobukiya, Diné College, JANUS Displays, NYJTL, and WASCO. Contact us for a free consultation and see what we can do for your business.

What a wonderful company to work with in web design and development for your business. Always available, always helpful, and after over a decade looking for services, we finally found the best in the business.

I have never written a negative review on Google because I strongly believe that errors happen from time to time and reviews can be harmful and unfair to the receiver. However, I want to use this platform to warn everyone not to go this route. After investing hundreds of dollars on getting second sets of eyes on what Websults did to our website, we have received feedback advising this could have only been either a malicious attempt to hurt our business or a completely poor display of lack of knowledge and irresponsibility from the owner at putting a complete rookie behind a website. It ruined the business of a senior woman who worked 20 years to make a decent living, the errors took it from profitable to complete irrelevance. The worst part is that any attempts to fix it only made it worse. Go elsewhere.

We paid for a friendly and responsive SEO site, and we received a good example of a very unfriendly SEO website. These people know nothing about SEO!

No one will ever understand the incredible strain our business suffered from the negligence of this company. 15 years of hard work, of brand building and placing on Google results…GONE. I still cannot wrap my mind around this, as we had worked with this company for years and had developed a rapport. We placed all our trust on them and not only did they let us down, they ruined us.

The team is incredible, easy to work with, patient and extremely professional! Our website look beautiful, it is easy to navigate and our clients love it. I would highly recommend Websults and their amazing team!

My small not for profit company has been working with Jon and the Websults team for over five years and highly recommend them for your website needs! They have been a great support and are quick to respond when needed!

Websults just built our website. We had an old out dated site. The new site is so user friendly. The amount of time it took for them to build the website from scratch as very minimal. They kept in contact with us throughout the whole process. It was so easy to contact them to ask questions and if needed they came to the shop to meet in person. Will most definitely recommend them to who ever is looking for a website build.