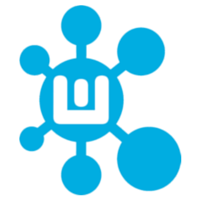 The Worx Company is an Oklahoma based Web Design and Development firm dedicated to giving our clients the best in web design and hosting, social media marketing, search engine optimization, content writing and a whole host of other resources to bring awareness to your brand and keep your fantastic reputation in the minds of your potential customers. How can we help you today?

The owner of this business makes anti LGBTQ comments on social media. Her customers have a right to know she’s against equality and anyone who supports equality

The Worx Company offer innovative and unique web design for you business. I encourage anyone that is interested in a fresh approach to how your company is seen to call Sue.

I had two objectives when I signed up with The Worx Company. First, I had a particular idea of how I wanted my website to look. I wanted it to have a specific flow and be extremely easy to navigate. Second, I wanted the domain to appear on the top of Google organically. It was important for prospects to view my website before they saw the competition.I met with the partners; Sue, Kurt, and Pat and discussed my ideas and what was important before I signed up. Once I signed up, they scheduled a meeting between the head developer, Tim, and myself. Tim listened to what I had to say and understood how I wanted the website to look. Over the course of 6 weeks, we went back and forth with designs, layouts, and mock sites until we had accomplished the idea that I had in my mind. Tim did, however, make several suggestions and ideas that were better than the ideas that I had. But they were just that, suggestions. I had final say in what my website looked like and did. Although I accepted many of his proposals, the final product was what I was hoping to have. I have had several comments about the easy to navigate, creative, and professional website since it was released. Sue introduced me to Keely, shortly before we launched the final website. Keely and I discussed the SEO aspect of the site and where I wanted to go with it. She was upfront with me when she said that SEO was a marathon and not a sprint. I would not be at the top of Google in a month or two. It can often take six months to 2 years for a site to reach an optimal place on Google. However, she showed me the different things that she will do with my website to boost it on Google. She also taught and encouraged me to do some activity myself that would help.I have had the website for just under one year now. I am regularly receiving compliments regarding the site itself, and my online presence has more than doubled in that amount of time. Even more, the prospects that are calling are good quality prospects. I am very grateful to the Worx for their services. They know me by name and know my website. I do not feel like a number or just another client, I feel like a friend. Thank You, Sue, Kurt, Pat, Tim, Keely, and everyone else on The Worx Company team. You guys Rock!

Horrible cookie cutter sites ! Gezz at least change it up every once in a while...!

I attended their lunch and learn yesterday and learned about their process for solving customer needs. I highly recommend The Worx Comany for anyone wanting a top notch website solution for their business.

I use the Worx Company for my website and I can not be more happy with the company. All technology goes over my head and they are so patience with me in explaining. Anytime I have a question or change that needs to be done on my website, they do it immediately with me on the phone. Fast service!!

At the University of Science and Arts of Oklahoma, we have worked with the Worx Company multiple times throughout the years on Drupal upgrades, redesigns and rebuilds. We have been happy with the resulting website each time. Most recently, they helped us through a rebuild to a responsive site in Drupal 7. We love our site! We never feel out of the loop on what is going on throughout the process. We are frequently informed as to progress, road blocks and concerns that may have come up. The staff is professional, informative and helpful. Having used Worx for years, we have (and will continue to) recommend them to other schools or business who may need Drupal support.

I have been working with the Worx team for several years, and a few of my business's they have set up websites, and managed my social media. They are Fantastic! I highly recommend them. Thank you for all that you do! BE

The Worx Company helped us start a website from scratch for a new business and is always willing to go the extra mile. We have really appreciated what they have taught us about the internet, websites, social media etc and how it all plays into getting us more customers! We highly recommend The Worx for anyone who is looking for an honest, professional company. Whether you are a newbie or a pro, The Worx has the skills to take you where you want to go.