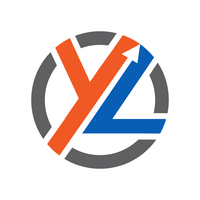 Yokel Local has been invaluable to our lead generation efforts. We have worked with them over the years and have seen an increase in our qualified leads and closed sales. Lead generation takes time and effort and if gives back to you years after you put in the work. We are so happy to have them as a lead gen partner to us!

Today I went to Yokel Local’s 2x you income. At the workshop I gained clarity on what I need to focus on in my business. I look forward to a continued and prosperous relationship with Yokel Local.

Life pro tip: if you ever have the opportunity to work with Stormie and Darrell's team, do it. Yokel Local understands a very important part of the modern marketing process, and they really know how to deliver on that understanding too. I've had a chance to sit in on a few fantastic presentations by this team, and every single one I've come away feeling more capable of taking on the marketing world. Very cool experiences, can't wait for the next learning event.

I recently had the opportunity to visit Yokel Local and was kindly greeted by Stormie and his team. The office had a great energy and Stormie himself took the time to show me the office and discuss the many ways the company works with businesses, in order to acheive social media and marketing strategy that fits that business. Thank you Yokel Local!

Darrell, Stormie and team are great! Real marketing and Hubspot Pros for the Vegas business community!

Stormie at Yokel Local was willing to make time for a consultation for me after connecting at a local networking event. The location there has a filming studio, podcast recording studio, a conference room, and the team was working diligently during my visit. Stormie provided insight and a few quick, simple, cost effective ways I could develop my marketing strategy and take my communication game to the next level. Thanks Stormie and team!

I’ve been dealing with Stormie and his team for a couple years now and I absolutely enjoy all the ideas they’ve given me to grow my businesses. They are results driven and simplify their marketing communication to help a business owner truly understand what is the best avenue from start to finish to the continuation of growing business.

I have been using Stormie with Yokel Local for about 6 months now. He has really turning my media around and made it successful.

I can't speak to their courses, but what I can speak to is they are a rip off of a marketing company. We paid $2500 for an initial first month set-up fee and a contracted 3 month marketing plan of $750 per month. They're geniuses where they require you to pay BEFORE the month of service begins. After the first month of service, we were concerned because we were not seeing the promised first month deliverables as outlined in our contract. Hoping for an improved 2nd month, at the end of the second month, we had still not seen the services they promised in monthly deliverables. The owner, Darrell was very defensive and refused to show us proof. Samples of the deliverables were posts on social media, email marketing, ad design, back end targeted marketing. The only deliverable they had was the target marketing - NONE of the other! After seeing we were not getting anywhere and Darrell's response to our concern when we sent him the contract was, The contract is a 'sample' of our service - you're supposed to watch the video. We were SHOCKED! Our response was simple, We didn't sign a video, we signed a contract! . We asked for an immediate halt of services which happened only after they charged us for the third month and closed our account. We provided all evidence and contract to our bank and were just informed Yokel Local is refusing to provide evidence of service to our bank....and now begins the 60+ days of an escalated process . These people will RIP YOU OFF! Something our small business really suffered from. Don't trust them or their contract. They know exactly how to take your money and keep running from the bank.

I know my customers. After listening to me very carefully, The Yokel Local team knew exactly how to re-work the SEO of my website. Just 8 weeks after the work was complete, I got my first good customer who would not have found me but for Yokel Local's work. As I sell a big ticket item in a very small niche, I promise you - this is a very FAST return on my investment with Yokel Local.Let me join the chorus of these other reviews regarding their service, and their very sincere, unselfish commitment to my success. Combined with their breathtaking technical knowledge, I can only say that you MUST at least consider this team for your marketing. Bonus - - they're a lot of fun to work with too!