Zebravo was founded with a single mission: to be the most successful, creative and ground-breaking digital marketing agency in London . We approach each of our clients with fresh eyes to develop customized, unique strategies. Our services include SEO, PPC , social media management , web design, web development and content marketing. Though we’ve grown since our founding, we’re still the same agency at heart. Let us help make your dreams a reality. Are you ready to set your brand or business on the path to success? Send us an email today and see what we can do for you.

Zebravo, is literally one of the best SEO Companies i've ever had experience with . Great skills, always willing to go extra mile, to achieve success, and can accomplish literally any task that they desire. Looks like other reviews from their shared P.O.BOX address is also being written on the same page 🙂 Super affordable , great team . I would highly recommend zebravo to small -medium size business owners for SEO and web development services.

Avoid.Goods do not arrive. No response to emails. I had to raise a chargeback via my credit card company.

AVOID THIS COMPANY. WORST CUSTOMER CARE EXPERIENCE OF MY LIFE. THEY DO NOT TAKE CUSTOMER COMPLAINTS SERIOUSLY. I had been a customer for almost 7 years, giving them close to £800 of my money during that time. I had one complaint, and they then literally ‘forced’ me to close down my account due to this (rather unbelievably). My complaint was that I was informed by one staff member that I “no longer needed to pay a collection fee, seeing that I had been a customer for so long”. I thought this was nice gesture, and good business sense (my post only averaged about once a month anyway, so this wouldn't have cost them much). I was then later told by another staff member that I do need to pay. I made a complaint about this. The Director then contacted me, who lacks any kind of customer care skills at all - one of the rudest men Ive had to deal with, with regard to a customer/service relationship. He has an extremely passive-aggressive tone - very patronising, pompous, self-important, insulting. He was'nt interested at all in listening to my complaint (and in fact insinuated that I wasn't telling the truth about the details of my complaint, which of course made matters much worse). Despite giving the company close to £800 over the years, and due to making just this one complaint, he told me I “was not a good match” with the company, and forced me to end my contract with them (I still had 8 months contract left with them, which I informed them I wished to see through). As a way of somehow making himself feel about the situation, he then offered me a paltry £12 more than what was owed to me (they owed me £88 for the remainder of the contract that they cancelled, and he offered me £100 instead). I of course refused this - £12 being really no compensation at all for being forced to end my contract with them, and for being sent numerous highly insulting emails from them their Director (who should be fired asap). AVOID THIS COMPANY, AT ALL COSTS. Note: To protect my identity (and as I do not wish my name to be associated with this company at all) I am using an alias here, but they will know exactly which former customer this is.

Staff are rude. I'm not a direct customer but use this address for registered office and post forwarding. Called regarding a letter I had been waiting on, the woman I spoke to was very rude. As soon as I mentioned I hadn't received something her attitude was very short and unprofessional. I appreciate I'm not a direct customer but she didn't know that before she was impolite - so clearly more than happy to be rude to someone she thinks is a customer having a problem. Then acted put out that she had to deal with me - to be fair my mail does go to this building and I can pick it up there so it wasn't as if my call was unwarranted. Frankly I'm glad I'm with 1st Choice Formations and not a direct customer ! Spoke to 1st Choice and it was rectified in 20 seconds and without any sass.

Hammered me with hidden charges 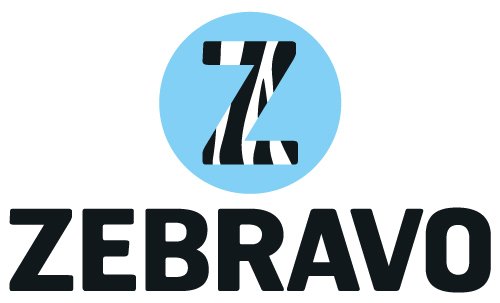