SEO News You Can Use: 4 Tips for DuckDuckGo SEO | SEOblog.com

SEO News You Can Use: 4 Tips for DuckDuckGo SEO

Last week, we reported on privacy-focused search engine DuckDuckGo reaching the impressive milestone of 100 million daily searches. While that may be far less than Google, it’s important to remember that DuckDuckGo is a vastly different model, yet still manages to be the fourth-most-popular search engine behind Google, Bing and Yahoo – and that’s nothing to sneeze at.

It often feels like the concept of search engine optimization (SEO) as we know it relates only to Google, but with more and more people seeking an alternative to being tracked and targeted, we can expect search engines like DuckDuckGo to see an influx of new users. It’s already happening: In 2019, DuckDuckGo was averaging 40 million search queries per day, and that number has more than doubled in a year-and-a-half.

What do we know about optimizing for DuckDuckGo? Admittedly, not much – until now, that is. Search Engine Journal (SEJ) contributor Mindy Weinstein wrote a DuckDuckGo SEO guide to help web owners improve their performance and visibility on the search engine.

With relatively little understood about exactly how DuckDuckGo works, know this much – it never stores your personal information or search history, and it doesn’t know where searchers are located – anything that demystifies what could potentially be a major player in the future is worth a look.

Some sound advice for your DuckDuckGo SEO efforts?

These tips, though nothing particularly surprising or outlandish, should seriously be considered as DuckDuckGo continues its upward trajectory. For many search engine users, Google’s antitrust violations and data and privacy issues have not gone unnoticed, and we can expect more people to make a beeline for DuckDuckGo. It’s never a bad idea to get in on the game early!

All Three Core Web Vitals Must be Met For a Rankings Boost: We’re already well into February, which means the Page Experience Update we’ve had a year to prepare for is less than three months away. We can now officially confirm that 3/3 Core Web Vitals benchmarks need to met for a site to maintain its rankings or earn a rankings boost. Google’s John Mueller confirmed this in a recent office-hours hangout, adding that more information is likely to be released by Google soon. So, if you’re not yet in the green for Largest Contentful Paint (LCP), First Input Delay (FID) and Cumulative Layout Shift (CLS), now would be the time to get started.

Google Says Duplicate Content is Not a Negative Ranking Factor: The long-held belief that duplicate content is a negative Search ranking factor has been well and truly busted by John Mueller. Mueller briefly touched on the subject of duplicate content last week, implying that the same content repeated across several pages might not be the big deal some SEOs think it is. In the same office-hours hangout, he expanded on this. Mueller said the same content present on multiple pages is a normal occurrence that Google’s algorithms have been built to handle. If pieces of content are duplicated, the only thing that will happen is that Google will choose one to rank and not show the other – the page will not send negative ranking signals. In other words, web owners have bigger things to worry about than duplicate content.

Here’s Everything You Need to Know About SEO and URL Structures: SEJ’s Roger Montti has put together a complete guide for SEO-friendly URL structures, and it’s taken the SEO world by storm. In just four days, “The Ultimate Guide for an SEO-Friendly URL Structure”  has been viewed hundreds of thousands of times and shared widely for good reason. The in-depth post addresses every aspect of a URL, from titles to trailing slashes, and puts plenty of myths to bed along the way. Montti tackles the subjects of keywords in URLs, best practices for URL structure, hyphens vs. underscores and future-proofing URLs, among others.

It is Possible For Smaller Websites to Take on Bigger Competitors: SEJ’s latest “Ask an SEO” blog addresses an interesting quandary: How can a small business’s website ever begin to compete with colossal competitors – businesses who have amassed over a million backlinks (whether ethically or not) and all but rule the rankings? SEO expert Tony Wright addresses this challenge, saying there’s still hope for businesses without big budgets. Wright says it’s possible for David to beat Goliath by getting your website in tip-top shape, then focusing on finding your competitors’ weaknesses. The positive response makes an impossible battle seem possible, and could be just the pep talk smaller sites need to hear.

Google Search Launches a New Search Results Feature: Google’s new “about this result” box communicates more information about a particular Search result before users open it. Triggered by clicking on the three dots on the top-right corner of the Search result snippet, the new feature provides additional information about the source, including whether the site is secure, if Wikipedia has information on that site and if the search listing is paid for. It should enable users to quickly determine whether a source is trustworthy, particularly when searching sensitive topics and information. If the “about this result” box proves popular, web owners could suddenly find something like an accurate Wikipedia page to be an SEO necessity, so we’ll be keeping a close eye on feedback about this feature. 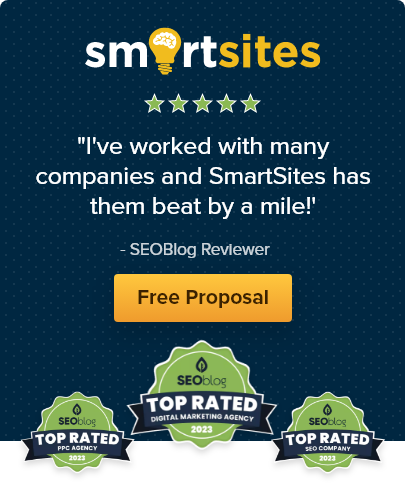 SEO News You Can Use: Google Discontinues Optimize and Optimize 360

Google recently announced that it would discontinue Optimize and Optim...

SEO News You Can Use: State of the Technical SEO Report 2023 Offers Valuable Insights

Aira and The Women of Tech Community have released their State of Tech...