SEO News You Can Use: Google Enhances Cloud Security With New $5.4 Billion Deal 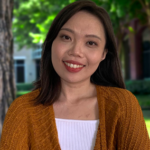 Cybersecurity concerns are at an all-time high, and no one understands this better than Google. On March 8, the tech titan announced it is acquiring cyber defense vendor Mandiant for $5.4 billion to help businesses tackle cyber threats and challenges of all classes.

Mandiant provides a SaaS-based security platform called Mandiant Advantage, bringing real-time and comprehensive cybersecurity intelligence. With this acquisition, Google hopes to help safeguard organizations and businesses at all stages of the security lifecycle.

But Google is no stranger to cybersecurity. Google Cloud has long provided a suite of security operations that serve as a central point of security intelligence and will continue to do so as it takes Mandiant under its wing.

Mandiant said in a press release:

“The Mandiant acquisition underscores Google Cloud’s commitment to advancing its security offerings to better protect and advise customers across their on-premise and cloud environments.”

Overall, the multi-billion dollar deal will boost Google’s cloud computing department, which generates over $19 billion in annual revenue, and fuel its security operations and advisory solutions.

For businesses, it could mean unprecedented access to protection and security. We’re in an era where every website is vulnerable to cyber-attacks regardless of size. All businesses, from boutique law firms and dental offices to hospitals and multi-national enterprises, should be all-hands-on-deck with their cybersecurity measures.

Google’s acquisition is a testament to how critical cybersecurity is and offers a positive outlook for Google’s defense capabilities and the security sector as a whole.

The acquisition is currently awaiting stockholder and regulatory approvals and is projected to close within the year.

SEOs Should Prioritize Internal Linking, According to Google: During the latest Google Search Console Central SEO office-hours hangout, Google’s John Mueller revealed that internal linking is “super critical” to SEO, even if you have set up structured data for breadcrumb navigation. Breadcrumbs are usually set up from most general to most specific pages: home page > category page > article. Mueller stated that internal linking is a way to communicate to Google which pages are important, which is more than what internal breadcrumb navigation can do. On large websites, which generally have more pages, high-priority pages can get buried under a pile of content. Mueller said with strategic internal linking, you can guide Google and visitors to the most high-value pages. Internal linking isn’t a ranking factor, but it’s an opportunity to ensure search engines can find and rank it. Mueller suggests, “…you should look at it in a strategic way and think about what do you care about the most and how can you highlight that with your internal linking.”

IndexNow Is Now Supported By WordPress Plugin SEOPress: On March 8, Microsoft announced that IndexNow is now supported by SEOPress, a WordPress SEO plugin. This integration means that the 200,000 sites using SEOPress can enable IndexNow on their WordPress sites and allow for quick and efficient indexing. IndexNow is integrated into Duda, Rank Math SEO and All In One WordPress SEO plugin, now supporting millions of sites worldwide. Google previously expressed plans of adopting the protocol, but there has been no further statement since. Regardless, Microsoft continues to partner with providers to add IndexNow and expand its reach to give more SEOs access to sustainable, easy indexing.

Google, Microsoft and Meta Place Restrictions on Ads in Russia: In response to the ongoing conflict between Ukraine and Russia, the world’s largest platforms have banned ads in Russia and completely cut off advertisers’ access to Russian consumers. On March 3 and March 4 respectively, Google and Microsoft suspended ads from both Russian state-owned media outlets and private merchants. Advertisers currently are unable to run their ads on Yahoo!, Bing, AOL and DuckDuckGo. Apple has also canceled Search Ads on the Russian App Stores. On March 4, Facebook’s parent company Meta has prohibited Russian state media from running ads or monetizing on any of its platforms, including Instagram. The ads suspension from these prominent platforms is aimed at minimizing misleading information, promoting the right information and upholding brand and user safety.

SEO Community Detects Google Search Ranking Algorithm Update: There may have been an update to the Google algorithm update on March 4 – this is what Search Engine Roundtable’s Barry Schwartz and other SEO experts believe but cannot confirm. According to Schwartz, he noticed buzz within the community following fluctuations and sudden drops in rankings. Then on March 4, a day later, tracking tools like Semrush, RankRanger, Cognitive SEO, Advanced Web Rankings, Algoroo and SERPwoo all showed ranking volatility in the search results. Schwartz doesn’t believe it’s related to the Google Page Experience desktop rollout that ran from Feb 22 to March 3.

Google Is Dropping a Blog Post Series About Data Studio and Search Console: Google is launching a series of blog posts to help more users analyze Google Search Console reports using Data Studio. The first post, published on March 8, breaks down the steps to connect Search Console to Data Studio and presses upon the benefits of doing so. For one, Data Studio can present Search Console reports that make it easier for users to make sense of them. Integrating the two tools doesn’t provide more data but a better, more visual understanding of existing data in an insightful dashboard. The blog series offers an excellent resource portal for users who want to get the most out of Data Studio and make reporting more straightforward and accessible than ever. The next post will cover different types of dashboards and step-by-step directions that readers can follow along. 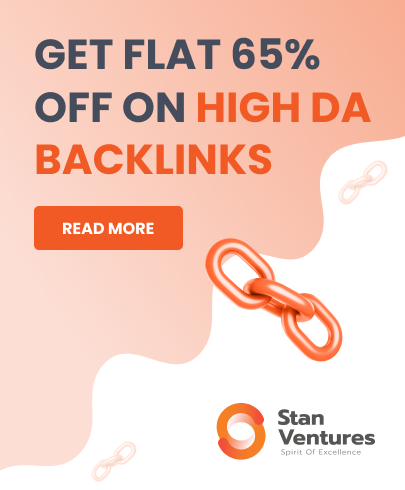