SEO News You Can Use: Google News to Feature Both AMP and Non-AMP Content | SEOblog.com

SEO News You Can Use: Google News to Feature Both AMP and Non-AMP Content 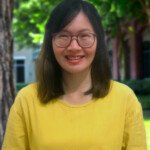 The last piece to the Page Experience update will be live soon and will change how Google News displays web content. Whenever that is – it’s coming later than expected – it can be marked as the day the door opens for non-adopters of the accelerated mobile pages (AMP) framework.

In a recent email sent out to publishers, Google said its news aggregator service would cease pushing AMP articles alone on the app and news.google.com feeds. Instead, both AMP and non-AMP content will be featured depending on overall page performance. This shift will mirror what is already happening to the Top Stories section of mobile Search.

What’s happening is that Google has decided user access to newsworthy content should not be limited by its AMP requirements. In particular, it will be a welcome boost for publishers who did not use AMP in the past. Still, the point is that both content formats can win as long as they follow Page Experience guidelines and service policies, of course. AMP and non-AMP – good, old standard HTML – web pages will be on an equal footing, Google News visibility-wise. And their increased competitiveness on the feeds will now come down to delivering a better user experience (UX) than their counterparts.

Publishers don’t have to enable anything to be a part of the rollout. However, expect that functionality like rendering article text provided in an RSS feed will be removed while tracking and measuring Google News data will stay the same.

But why aim for a top spot on Google News, anyway? Well, there’s a good chance of generating more traffic if your headlines rank high on people’s feeds. It means you’re churning out content that is fresh, relevant, interesting and original. With the pending lifting of AMP restrictions and proper fine-tuning, your pages can finally gain an edge and reach Google News users even if you’re not a fan of the framework.

For publishers that continue to use AMP, don’t think all your efforts will end in vain. Who can stop you from putting your AMP stories out there if you believe they can provide users with a richer mobile experience? Sure, Google can. But right now, it is not stopping you altogether. It just won’t show this version over the opposite anymore, irrespective of ranking signals.

It’s also notable how some top site owners decommissioned AMP ahead of the switch. The reason? It’s different for each publisher, but one found their AMP-powered content had no significant impact on their traffic. AMP ads restrictions and errors even lowered their mobile digital ad revenue. A study by Chartbeat, together with The Daily Beast, also showed only 1 in 3 publishers could see clear statistical evidence of a traffic increase with AMP. In any case, your stand on AMP is at least worth a rethink.

Google Shares More Search Term Data With Advertisers: It’s not that Google stopped sharing this critical data, but it held back for a year due to privacy issues. Advertisers and agencies weren’t happy about it one bit. The latter claimed the search giant was not being transparent when it said it would not report low-volume search terms, calling them “insignificant data,” back in September 2020. On September 9, after a year-long contention, Google served pay-per-click (PPC) practitioners a plot twist that would work in their favor. It revealed it would be sharing more data – up to about 6.5 times, on average – with them. Why is this important? Search term data helps advertisers know all the search terms triggering their ads. The report’s reduced visibility means they can’t see data for search terms that don’t reach a volume threshold, making it hard to optimize their ad campaigns. They can’t also tell where they’re bleeding advertising money. If anything, the new development may be a sign Google is closer to finding the sweet middle for keeping privacy regulators and advertisers happy.

Google Star Ratings Let Local Businesses Shine in the SERPs: Google star ratings are hard to miss, especially if they accompany listings in local searches or the Local 3-Pack. Those stars influence people’s buying decisions. And you may not be ready to hear this, but most online consumers don’t care for anything below 4 stars. So, while Google’s John Mueller made it clear that star ratings and customer reviews are not a ranking factor, they still boost your credibility and prove to be powerful conversion tools. This is your cue to pay attention to your brand or business star rating if you haven’t done it yet. Here’s a guide on how to get started.

Look Forward to Google’s New Way of Ranking Image Results: A new Google patent for ranking image search results will potentially change how we optimize images. The focus is shifting away from our go-to tools: alt-text attributes, captions and even filenames. Where are we headed then? In a year-old blog, Bill Slawski of SEO by the Sea presented Google’s machine learning model, which would look into image features and image landing page features – so the page containing the image would also be contextualized to bits by artificial intelligence (AI). Then the system would assign this image-landing page pair a relevance score, which would now be the basis for matching the image to an image search query. Whew, that was a mouthful! Let’s try that again, with a diagram this time. If you’re still with me, remember that images ranking high in the image search results can positively impact the organic search performance of their landing pages. So, if this future algorithm is how Google wants it, we should prepare to follow suit.

Competitive Websites in Search Need More Than Just Technical Fixes: In the eyes of Google, employing technical changes does not automatically improve website quality. John Mueller recently said on Twitter that if you want search engines to take your site seriously, you need to look at the broader picture. Granted, he was replying to another Twitter user’s query. But message received! Got your Core Web Vitals, site speed, structured data, etc. covered? Hear Mueller’s voice in your head tell you it’s not enough. Usability, UX, superior content – these are just a few other factors to add to your checklist.

The Role of Usability in the Future of SEO: Doesn’t it scare you sometimes how Google is becoming ever so quickly able to comprehend user queries and website content? For one, there’s MUM, short for Multitask Unified Model, which is designed to tackle complex searches and build a deep knowledge of the world. Then take the Page Experience update, which heavily emphasizes the centrality of the user experience. It surely isn’t just hinting at it, right? So Mordy Oberstein, over at SEMrush, said we better step up our search engine optimization game. He proposed that, where content creation and SEO are concerned, all roads lead to usability. And that simply means optimizing beyond H1s, title tags and other crutches we’re used to giving Google to tell it where to go. That’s because Google is starting to show it won’t need them someday. Instead, our focus should be on making our content effective and efficient in transmitting the right information to the right users.

Shadz is a Demand Generation Content Specialist at Thrive. From working as a business journalist to wearing different hats as a digital marketer, she has helped companies of all kinds get their message out and achieve their goals. She spends most of her free time playing with her cat, traveling with family and friends, and exploring new ways to tell stories.

On June 22, Google News revealed a brand new customizable look for its...

SEO News You Can Use: 8 Updates for Google Ad Manager

SEO News You Can Use: Google May 2022 Core Update Now Complete