SEO News You Can Use: Google Postpones Ban on Third-Party Cookies by One Year | SEOblog.com

SEO News You Can Use: Google Postpones Ban on Third-Party Cookies by One Year

If there’s one thing we can count on, it’s that Google will schedule a date for a major change or algorithm update, then promptly provide an extension. Most recently, it happened with the Page Experience Update, when its rollout was postponed from May to mid-June. Now, it’s happening with Google’s plan to block third-party cookies – something advertisers are likely to breathe a sigh of relief about. Rather than blocking third-party cookies by 2022, as originally planned, Google has decided to extend support for cookies until late 2023, giving marketers a year-long extension to get their new advertising plans and practices in place.

In an announcement, Google’s Vinay Goel shared that while there has been considerable progress with plans to phase out third-party cookies, “it’s become clear that more time is needed across the ecosystem to get this right.”

This isn’t all that surprising – it was always going to take time to make colossal changes like this work out successfully. Google’s decision to introduce the Federated Learning of Cohorts (FLoC) as an alternative to third-party cookies and to stop selling ads based on users’ web browsing history essentially means the biggest digital advertising company is flipping its own industry on its head.

In the announcement, Google stressed the importance of moving at a “responsible pace,” particularly since these plans affect regulators, publishers and the advertising industry as a whole. Google said the new launch timeline would see the phasing out of third-party cookies happen in two stages:

For many search marketers, this postponement will no doubt come as a relief. After all, these changes to Google’s model are bound to have a substantial impact on advertisers’ metrics and their clients’ results. But more time to prepare, coupled with the opportunity to share feedback with Google during the initial stage, could make a huge difference. This could be the extra time advertisers need to find workable solutions and develop new strategies for data gathering.

It also seems like Google will be sharing plenty more information with us in months to come, so we won’t be left in the dark at any stage of this process. Google said a more detailed schedule will soon be provided on its Privacy Sandbox website and will be regularly updated with any pertinent information regarding its upcoming privacy-focused initiatives.

Google Analytics 4 Backlash Is Swift and Unyielding: Google Analytics 4 (GA4) has been around for a couple of months now, and SEOs have had enough time to form an opinion. Search Engine Journal’s (SEJ) Roger Montti has been keeping an eye on the comments, and it’s safe to say that the overarching sentiment is… well, not great. And that’s putting it mildly. Twitter users have been throwing around words like “sucks,” “unuseable,” “HORRIBLE” (in all caps, no less) and one user even said it could bring you to tears. Yikes. So, what gives? What went so wrong? Most complaints seem to stem from poor user interface – basic features are difficult to access for SEOs who aren’t technical gurus. Many users hope that Google will hear their pleas and focus on making the design more intuitive. After all, coming from a company so focused on user experience, GA4 should not be this complicated to navigate.

Brave Search Beta Is Live, and Users Like It a Lot: Brave Search – the very first privacy-focused alternative to Google Search that offers both a search engine and browser and works on desktop and mobile devices – is officially available globally in public beta. Back in March, we reported on Brave acquiring search engine Tailcat to provide a privacy-preserving browsing experience. It’s something worth getting excited about: Brave Search doesn’t track users, clicks or searches, and early-access users like Roger Montti have given it overwhelmingly positive feedback. With Brave doing what no browser has been able to do before, its unique business model could prove a worthy competitor to the likes of Microsoft Bing and DuckDuckGo – and maybe even Google. Test out the new search engine for yourself at search.brave.com.

Here’s Why Google Sometimes Ranks Plagiarism Above Original Content: Google says its algorithms won’t rank plagiarized content above original content, but any SEO will tell you this isn’t always the case. In the latest Search Central office-hours hangout, a viewer asked Google’s John Mueller what would cause the search engine to reward content thieves over original publishers. The viewer in question was being outranked by a site that had stolen his content, and he asked Mueller if Google’s algorithm could tell who the original publisher was. Mueller confirmed that Google does indeed know which website has published content first but added that “sometimes it makes sense to show a copy in the search results.” Mueller explained that if a site is low-quality and not trusted by Google, the search engine might choose to show another site’s plagiarized content instead. So, if you’re being shown up by content criminals, the only way to fix it is to do some serious work on your website.

Google Introduces New Ways To Edit Google My Business Profiles in Search: Good news for business owners – Google has made it even easier and more convenient to edit your GMB profile directly from Search and Maps. Now, new businesses can add and edit details, such as contact information and opening hours, right from Google search engine results pages (SERPs). What’s more, business owners can create and publish Google Posts to GMB, keeping site visitors up to date with events, special offers or new products with ease. GMB will also allow businesses to accept food orders for takeout and delivery directly through their GMB Business Profile on Search and Maps. And that’s not all. Check out Google’s blog for all the details business owners can now benefit from.

Google Has Released One Spam Update; Another to Follow: Let’s see. We’ve just wrapped up the June 2021 Core Update, we’re in the midst of the Page Experience Update and the July 2021 Core Update is a couple of weeks away. As if all that isn’t enough, on Wednesday, Google announced the release of another Search update it’s calling a “spam update.” The second half of this one-day update is due sometime this week. Google has been vocal in recent months about its continued fight against spam, releasing a blog about a number of artificial intelligence (AI) tools it is using in the battle against bad content. This “spam update” is no doubt part just one of many to come in the war on spam. If you noticed a wobble in your rankings in the middle of last week, it could be due to this update. But theoretically, if you’re a well-behaved web owner, this one shouldn’t have affected you. 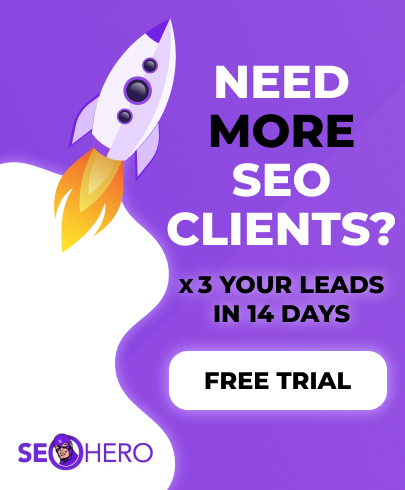 SEO News You Can Use: Semrush Has Acquired SEO Training Platform Backlinko

On Wednesday, popular SEO toolset provider Semrush made an announcemen...