Is Social Bookmarking Positive or Harmful for SEO?

Is Social Bookmarking Positive or Harmful for SEO? 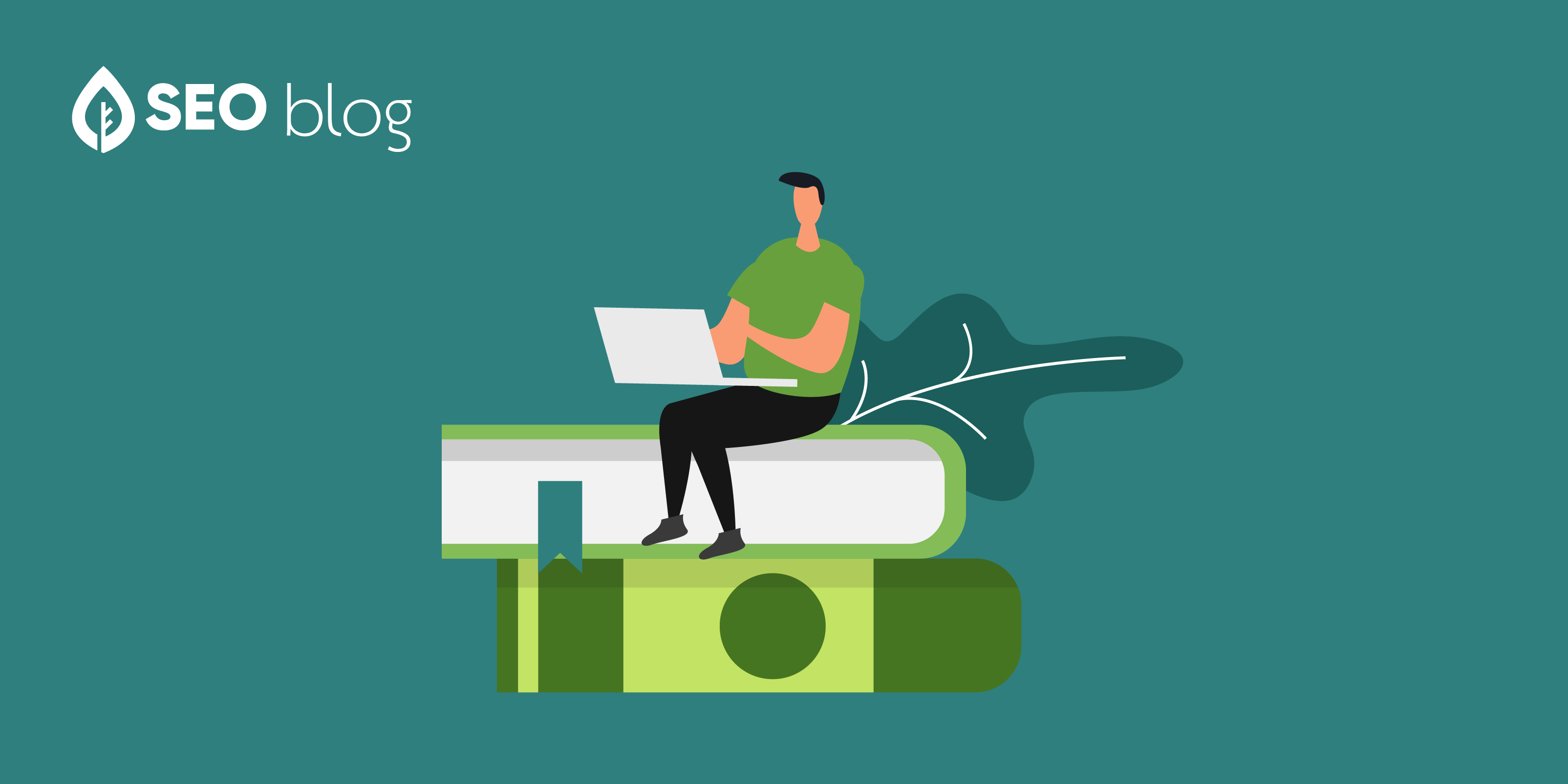 “Social bookmarking” is one of those marketing buzzwords that has been thrown around for over a decade and has come to reference a dozen different types of action online. As such, it’s a pretty messy industry, with some legitimate benefit and a lot of possible pitfalls for a newcomer.

Using a bookmark in physical media is a common practice. You read a book, you get to a point where you need to stop, so you put some physical object in the book to mark your place. Sometimes it’s a metal bookmark, sometimes it’s a slip of paper, and some people even fold over the page of the book. Those people are heathens, but that’s beside the point.

Bookmarking something on the web is similar, if you consider The Entire Internet to be the book. You mark your place with a bookmark. With web browsers, this basically just means copying the URL of the page you’re on and storing it in a file somewhere. You can see all of your bookmarks and the information that comes along with them through your web browser, or by exporting the bookmarks file and opening it with a tool like Notepad++. Sometimes it’s an HMTL or XML file, sometimes it’s a JSON file, it depends on the browser and the version.

With normal web bookmarking, you can come back to your place – the web page you were on – at any time, so long as you’re using the same computer and same browser. Switching browsers without importing or syncing the bookmarks, or using a different device, leaves your bookmarks behind. Think of it like finding another copy of the book at the library; it doesn’t have your place marked.

Take this one step further and you have a web-based, cloud-based form of bookmarking. You use a service like Pocket, Evernote, or Google Bookmarks to save all of your data. Some have additional features, like how Evernote can record media and notes as well as URLs, or how Google Bookmarks includes saved locations from your Google maps. 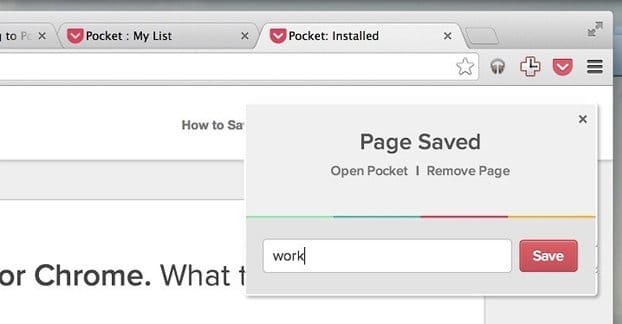 Some of those services stray into social bookmarking territory, and other services are based around the concept of social bookmarking. Social bookmarking, if you carry the bookmark idea even further, is putting a list of your bookmarks on the web. It would be as if I exported by browser bookmarks and published them here, where you could see. Evernote can do this, but other sites are focused around it specifically.

Of course, there are hundreds of social bookmarking sites that are, well, a lot worse than Reddit. How about a generically-named Reddit clone with average user interaction under 25 votes? Or what about what amounts to a spammy blog seeming only used by one guy? These sites are technically social bookmarking as well.

The Potential Benefits of Social Bookmarking

Social bookmarking can have some benefits. For one thing, it’s a link. The quality of the link is important, of course, as is whether or not the link is followed or nofollowed. A link from Reddit can range from valueless to excellent. A link from Folkd is probably going to be worthless at best.

Social bookmarking can also bring you traffic. Again, posting in a heavily trafficked sub on Reddit can get you a lot of clicks and a lot of eyes on page. Whether or not those are valuable hits is up in the air, but traffic is traffic. The worst social bookmarking sites aren’t going to bring you any traffic at all, though. 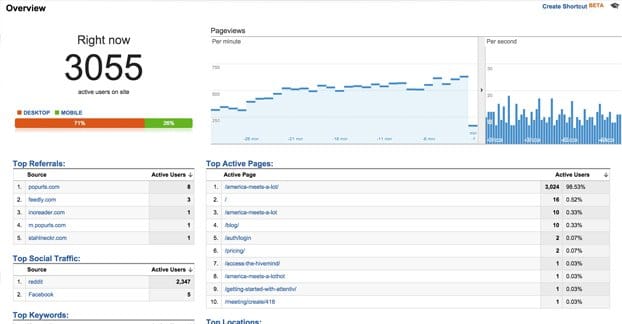 Another potential benefit is perhaps faster indexation of your content. This can be especially useful if you’re launching a new website or blog. You want Google to find it and index it as quickly as possible, so submitting it to a social bookmarking site can be useful. If Google keeps a close eye on the site – like they do with Reddit – it can mean they find your site almost immediately. Of course, submitting a sitemap in the Google Search Console can have much the same effect, so this benefit is questionable.

Good content on a good social bookmarking site has the potential to go viral as well. Going viral means more traffic, more shares, and a lot of links from people who pick up your content and decide to post it on their own or link to it from their own sites. It can result in a lot of shares. Many bloggers use Reddit and other top-end social bookmarking sites as sources for the content they curate, after all.

Depending on the site, there can be a lot of social interaction as well. A site like Reddit, Pinterest, or even Twitter to an extent can be considered some form of social bookmarking, and they all have influential users. When you post content, you have the potential to eventually become one of those influential users, or to network with and engage with the influencers who can help make your content more popular.

The Risks of Social Bookmarking

There are, unfortunately, a lot of risks associated with the concept of social bookmarking. These risks primarily stem from the fact that for every Reddit, there are 100 Folkds. There are a ton of sites out there looking to capitalize on the “social bookmarking” trend, or that were set up to be social bookmarking sites and now have more or less dead communities.

The first risk is that your links might not be very good. Even Reddit links aren’t guaranteed to bring you any value. Sure, you can get a lot of exposure when you’re on the front page of The Front Page Of The Internet, but if you’re posting your link to subs like this one, you can bet you’re not gaining much from it. 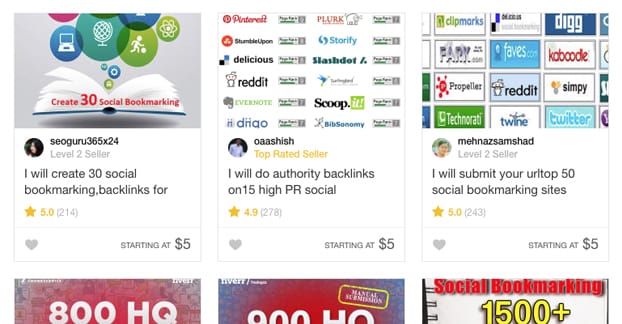 The risk is further exacerbated by the sites like Folkd up there. How much value do you think that Bastian guy is getting for all those posts he makes? What do you think those links are worth? I’d venture to guess not very much at all. It’s the kind of thing where the links are probably just this side of valueless, and that site is firmly in the middle of the road of social bookmarking sites. I’ve been using it as an example of a bad site, but the truth is it’s far from the spammiest social bookmark site I’ve seen. Imagine if every single subreddit was just one large site, and posts were displayed chronologically; that’s the sort of quality of content you could expect from the worst sites.

When you get a link – or a dozen – from bad social bookmarking sites, they just don’t look like valuable links. At best, Google figures they’re natural but worthless. At worst, Google might decide that the site you’re using is manipulating rankings with abnormal links and penalizes the site. This will hurt your SEO and require a backlink audit and disavow usage to take care of.

The second risk is that the traffic you get often has a high bounce rate. Anyone who has gone viral before knows full well that most of the traffic is just superficial hits, and once the spike is over traffic tends to return to baseline. It’s difficult to monetize viral traffic without pay per view ads, and even then it’s not exactly lucrative. Meanwhile, cheaper web hosts with bandwidth limits – or a touchy implementation of CloudFlare – can stop your site in its tracks. You run a lot of risk of a viral surge just outright killing your website for a few hours, bouncing all of the traffic and messing with your ranking. 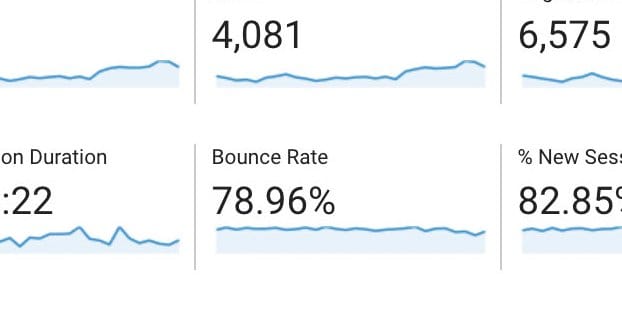 The third risk is that you might fall prey to spam scammers. Implementing a carefully brewed social bookmarking plan is one thing, but paying someone else to do one for you is quite another. If you’re going out and getting “high DA backlinks from social bookmarking sites” from Fiverr or SEOClerk or another one of those bargain-bin SEO companies, you’re wasting time and money.

The worst part is, if you go out and make a social bookmarking link on a site and find that link is hurting your SEO, you can just go and delete the initial post. That’s the point of a social bookmarking site; it’s your name and post, so you can control it. If you’re paying someone else to build those links for you, that someone is using their own accounts to do so, and if you want the link removed you have to go through them. Sometimes they won’t be willing to do so, and you’ll simply have to disavow the link.

And, on top of that, you’re out the money you spent on it. I mean, sure, maybe you might be getting 100 links for $5, and you might be disavowing 95 of those links later, and it’s only $5, but that’s a huge waste of time and money. You can get a surprising amount of exposure or even a few conversions from some carefully run Facebook ads for $5 instead.

There’s also a minor risk of getting social bookmarking mixed up between personal and business content. If you’re running a branded or brand-focused Reddit account, you don’t want to accidentally post to your favorite adult-flavored subreddit. It can be embarrassing at best, and harmful to your brand at worst, depending on the mixup.

A Word About Software

There are pieces of software, both paid and on subscription models, that can be used to build links for you “automatically.” You just have to feed in a piece of content, and it goes out and posts that content on a predetermined – and often hidden – list of social bookmarking sites.

If you’re familiar at all with SEO, you already know this is a bad idea. Automated posting and automated link building, especially in such a formulaic manner, is highly likely to be spotted by Google and labeled unnatural link building. I can virtually guarantee you that any use of an automatic link building program is going to hurt your SEO. 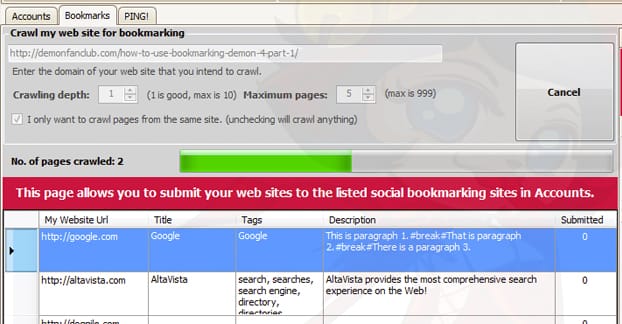 The think is, proponents of these programs will tell you that they work. And, indeed, if you were to download one and try it out, it WILL work, for a few months. Then the oldest links go sour, and more and more of your backlink profile starts to turn rancid. Eventually, your ranking tanks, and you don’t know why. You think maybe it was something you were doing, but no; it’s something you did months ago coming back to bite you. The only way to solve it is, again, a tedious backlink audit and disavow scheme.

So, what about the main question at hand? Does social bookmarking benefit your SEO, or will it kill your ranking?

The answer is, as always, “it depends.” If you’re using high quality social bookmarking sites, like Reddit or Pinterest, then sure; you can get some good links, some good traffic, and some reliable readers from it. On the other hand, if you’re automating it, paying for it on the cheap, or otherwise using exploitative techniques, you’re going to pay the price. You might not pay it now, you might not pay it for a few months, but you’ll pay it sooner or later. 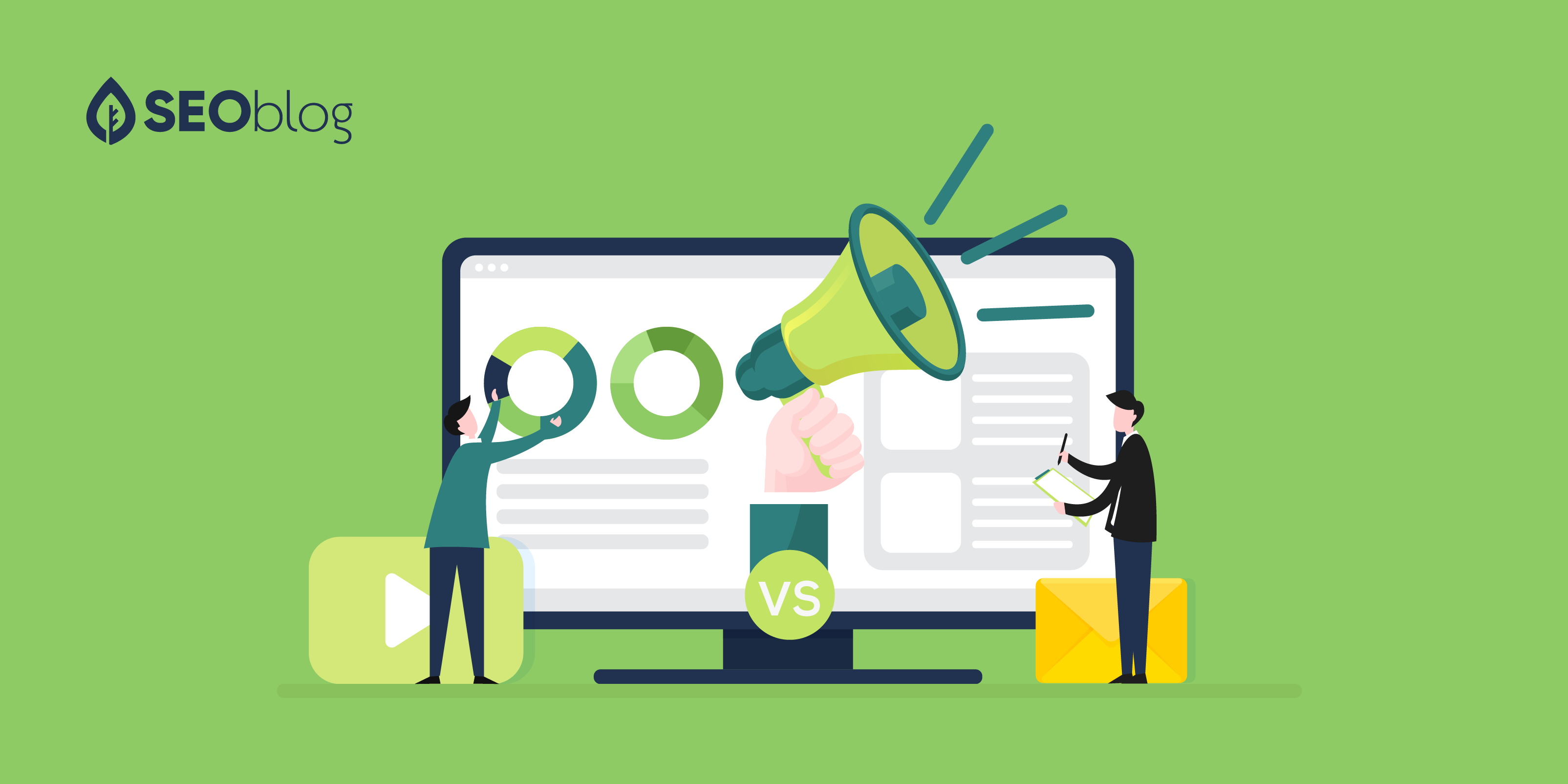 Content Marketing vs. Digital Marketing: What is the Difference?

Content marketing is a strategy that focuses on the creation of conten...